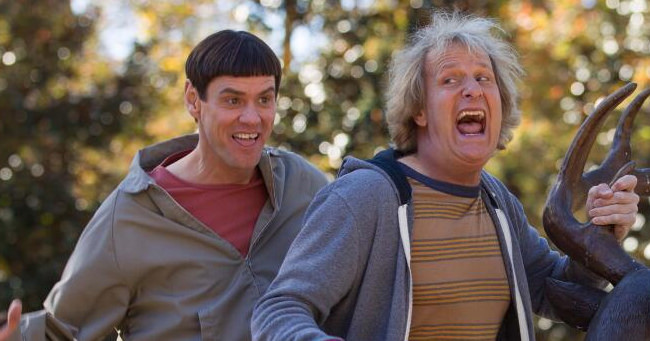 America: A Nation of Idiots

Do you support bombing Agrabah?

And roughly 30% of Republicans and 20% of Democrats replied “yes.”

Why does a sizeable chunk of America want to annihilate the fictional city in Disney’s 1992 film Aladdin?

They live in a fantasy… as fake as the made-up city of Agrabah that they want to carpet bomb.

While you may find this shocking display of ignorance funny, it’s far more dangerous to you than you might think…

Maybe you are cursing me as too harsh.

Maybe that poll didn’t give those voters a fair shake…

Sure, Americans can be self-absorbed and unaware of what’s going on in the world.

But here at home, the supposed beacon of global democracy, we have our fingers on the pulse of what’s happening in our country, right?

After all, as Thomas Jefferson said: “An enlightened citizenry is indispensable for the proper functioning of a republic.”

So just how “enlightened” are Americans about how our own country functions?

Well, a University of Pennsylvania poll revealed that only 36% of Americans could name all three branches of the government.

And an appalling 35% couldn’t name any of them!

In the same poll, more than 60% of Americans didn’t know which political party controlled the House of Representatives or the Senate.

A separate Newsweek poll found that just 1 in 1,000 could name all five freedoms granted under the First Amendment to the U.S. Constitution.

You know, the same freedoms that are the bedrock of our nation… the freedom of speech… religion… press… assembly… and petition for a redress of grievances.

Oh, by the way, that same poll found that more than 1 in 5 Americans could name all five members of the cartoon family The Simpsons.

Our Country Has Been Stolen

Americans love to complain about how unhappy they are with their government. And they especially love to pretend that when their partisan choice is the leader, everything will be solved.

So when tens of millions don’t bother to learn how their system of government works or who their elected representatives even are, it’s time to start using the expression “useful idiots” more regularly.

If voters have no clue what’s happening in the halls of Congress, there should be zero expectation that they will exert any control over policy.

And that’s played right into the Deep State’s hands…

It’s led to massive self-serving spending bills passed without the majority of Congress even reading them… leading to trillions in national debt.

It’s led to wars routinely conducted without Congressional approval, an approval that used to be required by the War Powers Act. The Deep State simply calls these excursions that occur under the banner of the American flag military “interventions” or “actions” in order to bypass the Constitution and keep the war machine rolling (and the Beltway bandits rolling in profits).

And it’s also led to unelected bureaucrats at the Fed using zero interest rates as backdoor bailouts for the big banks while decimating the retirements of millions of hard-working Americans.

All of this because most of the American public has for years been caught up in a reality TV, tabloid gossip and “selfie” culture.

Everyone wants to be rich and famous and do no work for it.

Regular “awake” readers complain to me about this new zombie culture all the time. And they’re dead right.

Large-scale voter ignorance and apathy have made it incredibly easy for the Deep State to game our system and cement its power.

And it’s allowed America to be continuously pimped out by nameless foreign bankers, oil sheiks and a ruling class that no one elects.

Is 2016 finally the year of meaningful change?

Have the American people finally woken from their decades-long Rip Van Winkle siesta?

Is it all fleeting? Will it translate to a dent in Deep State power?

I suspect the Deep State has already won and the circus will leave town soon.

And if that’s the case, you better have a real plan for dealing with major uncertainty, negative interest rates and a system that is dying to collapse the stock market once again.

Please send your comments on this critical subject to me at coveluncensored@agorafinancial.com.