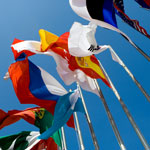 All About Insiders, Spinoffs...and Fiji

Longtime readers of my investment letter, Mayer’s Special Situations, are well aware of my affinity for investing alongside insiders. The simplest thing any investor can do to improve their investment results is to invest only in companies where insiders own a good slug of the company right alongside you. Having skin in the game makes a world of difference.

Periodically, I come across empirical evidence that confirms these views: studies that put some meat on the idea with numbers culled from experience. The Financial Times recently reported on a study by Credit Suisse on family-run firms:

Listed companies in which families are big or controlling shareholders have been better stock market performers than their nonfamily-owned peers over the past five years… A study of family businesses by Credit Suisse offers several reasons why they have outperformed the wider stock market by 8% since 2007. They tend to operate in robust, cash-generating sectors, such as consumer or luxury goods or health care (rather than banking or utilities, say, two sectors poleaxed in the global crisis). They often focus on the long term — 40% are ready to wait 10 years for returns on their investments. They also often invest during downturns.

There is some wisdom here, especially among those last lines. Can you wait 10 years for a return on your investment? I think the answer is probably no. Do you invest during downturns? Maybe you do. But most investors tend to sell near bottoms and put their money back in when the smoke has cleared — and the market has already made a big move up.

Well, if you can’t do it, at least you can invest with firms that do these things.

In addition to investing with insiders, longtime readers of this letter know that I love spinoffs. Spinoffs happen when a parent company “spins off” a division as a separately traded company, which it gives to shareholders. These things have a history of doing well, and I have recommended several such investments to the subscribers of Mayer’s Special Situations, including Madison Square Garden (NASDAQ:MSG), which is up more than 80% over the last 12 months.

Barron’s mentioned a lazier way to play spinoffs over the weekend:

The Bloomberg Spinoff Index is up more than 30% so far this year and the Guggenheim Spin-Off exchange-traded fund has climbed 19%. As noted in a favorable item on companies cut loose by their parent here March 5, the ETF is a bit flawed because it doesn’t pick up spinoffs until they have been independently trading for six months, after which they’ve often been discovered and bid up.

I’m not a big fan of ETFs generally speaking. They are just too blunt-tipped for me. I prefer to sharp shoot individual stocks. But you may think differently. If so, CSD is another interesting way to pick up some of that spinoff outperformance.

Barron’s also briefly covered a new spinoff, Hyster-Yale Materials Handing, which will trade under the ticker HY. I’ll be giving this a deeper look soon.

Every year brings a fresh crop of spinoffs. Sometimes we have a lot to choose from; sometimes there is only a handful. Either way, never ignore spinoffs. They are some of the fattest fish in the barrel.

When you think of seductive island destinations, Fiji could be very high on your list. But when think of compelling emerging market opportunities, Fiji is probably nowhere on your list. That’s understandable, but I think the island nation deserves a fresh look, investment-wise.

Fiji is an island nation out in the great blue waves of the South Pacific Ocean. It’s about 1,100 miles from New Zealand…and about a million miles from anywhere else.

I’ve accepted an invitation to speak at a conference in Fiji in November put on by Mark Wallace and Chris Tell at Capitalist Exploits. I had a great conversation with these two like-minded global travelers and investors. Their enthusiasm for Fiji was infectious, I have to say.

The gist is that there was a coup in 2006. The military dictatorship promises elections in 2014. Tens of thousands of people fled Fiji. Investment dried up. Asset prices collapsed. Crisis creates opportunity, as we know, and so it seems is the case here.

For instance, Mark and Chris point out how cheap it is to buy property in Fiji. You can get oceanfront property for $10,000 an acre — even less. There are no property taxes. The place is business friendly. It is also easy to set up residency and get a second passport — a thing on the minds of some of my American friends these days.

Mark and Chris call Fiji their “favorite place in the world.” It has sunshine all year long. There is plenty of water. And food security can come from your own garden and fishing on the beach. The cost of living is super cheap. A slipper lobster and fresh bunches of veggies for dinner will set you back about $10. Mark and Chris report new 3G towers work impeccably well, and also have backup power.

I can’t really do the thesis justice in this quick note here. There is, as always, much more to the story. Capitalist Exploits has prepared a 34-page special report on Fiji. I am arranging to have this report available to my readers for free. I’ll have more on that soon.