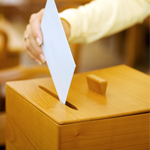 Willie Whitelaw probably had it right, but for the wrong reason. As Margaret Thatcher’s long-serving deputy, he is said to have accused the opposing Labor Party of “going around the country, stirring up apathy.”

We have no way of knowing for sure, but we assume Mr. Whitelaw meant this as a kind of slur. Good citizens of Britain should have taken it as a congratulation.

The phrase “stirring up apathy” has been employed many times since, usually in the service of those who wish to deride one or another particularly odious civil servant/serpent. Indeed, inspiring political apostasy is widely viewed by adherents to the civic religion of democracy as grounds for expulsion from polite, learned company.

We beg to differ.

When confronted with the false dilemma of the democratic political process, many individuals settle for the “less of two evils” as a kind of compromise. But one suspects (or hopes) they do so with a certain degree of moral discomfort. Ask a disciple of the Elephant Party, for example, if he agrees with the murderous drone attacks this moment underway in Pakistan and you will likely offend a delicate delusion of “Democrats for Peace.” Similarly, press any Donkey Party advocate on the issue of economic freedom and watch them squirm under close scrutiny of their own candidate’s position vis-à-vis the IRS, the Federal Reserve, the indigestible, 75,000-page tax code, etc., etc., etc….

Contrary to the popular snipe that “only those who vote have the right to complain,” common sense leads us to quite the opposite conclusion. It is only those who have not aggressed against others who have the right to complain when they are aggressed against. Those who, to invert a phrase, “feed the mouth that bites them,” may stand firmly, but do so on shaky ground.

A vote for either evil is nonetheless a vote for evil. It is validation of a process whereby the few are bossed around by the many, an exercise in what might fairly be termed “mobjority rules.” As such, the democratic process has met with due scorn, as aphorist Karl Kraus displayed when he observed that, “Democracy means the opportunity to be everyone’s slave.”

Indeed, there is something unsettling about the desire to be owned. And there exists something equally sinister about the impulse to own others, through whatever means and ways…including tyranny at the ballot box.

Though we can be almost certain Willie Whitelaw would not enjoy our hijacking his witty turn of phrase, we shall do so anyway. Leading up to this presidential election, we undertake to do all we can in order to “stir up apathy.”