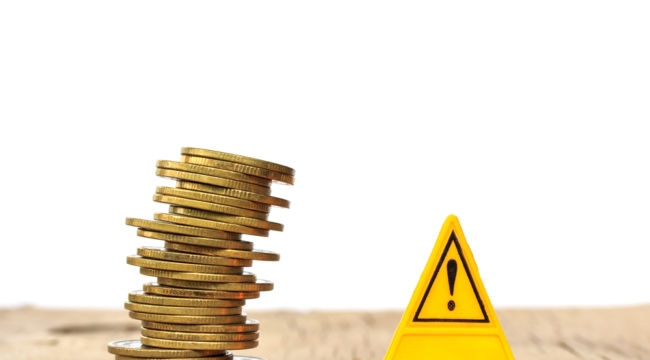 That is the total number of unemployment claims Americans filed last week — nearly five times the prior record of 695,000, from October 1982.

“We’ve known this number was coming for a week and a half,” laments Tom Gimbel, who captains a Chicago employment agency, adding:

It doesn’t surprise me at all. When you see a city like Las Vegas get shut down, I don’t know what other options there were than seeing a number like this.

A fellow must take his comforts where he can find them these days. And precious few are on offer.

But if it is consolation you seek, here you have it: Some economists had forecast as many as 7 million claims.

Here is additional cheer, however transient: The stock market had itself another day at the races today.

Today’s stock market surge follows last evening’s Senate passage of a $2 trillion relief package. It is the largest ever in United States history. The vote was unanimous.

The bill includes, per CNBC:

883 pages in length, we can only imagine the skullduggery and chicanery within, the sweet venoms the lobbyists put in.

But who has time to read all 883 pages while American life dangles by a strand? And who can say no?

The legislation next goes to the House of Representatives for the rubber stamp — which it will assuredly receive tomorrow morning when the vote is scheduled.

Then it jumps to the White House for the presidential signature. Mr. Trump has pledged to sign it “immediately.”

But as we have questioned previously… what will they accomplish?

The issue at hand is not one of demand. It is one of supply. And a shuttered-in economy produces little.

Filling an idle man’s pocket with fabricated money does not increase supply. It merely increases the bid for existing supplies.

Let us not forget Say’s law — that supply creates its own demand. “Products are paid for with products,” argued Jean-Batiste Say over two centuries ago.

They may transact in money… but money merely throws an illusory veil across their transactions.

Assume now a free economy in which supply and demand are allowed their unfettered reign. Assume an economy — that is — that does not presently exist.

You can expect supply and demand to come to terms, to come into rough equilibrium.

If there is less demand, prices will fall to meet it.

But when the government prints money with no production to match it… it attempts to outlaw Say’s law.

Consider the thought experiment of another 18th-century thinker David Hume…

Imagine a benevolent fairy slips money into all the nation’s pockets overnight. And so the money supply doubles at a stroke.

Alas, it is not. The money supply has been doubled, yes. But no additional goods have entered existence.

The new money will simply chase existing goods. We can therefore expect prices to approximately double.

The Real Source of Wealth

There you have the wisdom of classical economics. But then came the Great Depression, and out it went…

Out from under every rock slithered the cranks, chiselers, dreamers, something-for-nothing and wine-from-water men…

All promising salvation, all offering their quack medicines.

And they all found their way to Washington…

The farmers were in a bad way, they argued. These sad sacks could not fetch enough money for their produce or their livestock. And so they needed a hand up.

A program was therefore required to raise prices. The brain trust then in operation hatched a beautiful scheme. What was it?

To set fire to the crops and murder the livestock.

To be clear, they did not butcher the animals to bring to market — but precisely the opposite — to keep them off the market.

Ponder for one moment the reality of it:

While millions starved, entire crops were set ablaze. And millions of animals went into the ground… rather than growling bellies… all to raise the price of farm products.

What of the impoverished nonfarmers required to pay more for their basic sustenance? How would higher food prices benefit them? Or the overall economy? Might the money people saved on food allow them additional purchases from other industries?

The men with the grand pensees did not say… or did not care for the answers.

The same lunacy was brought to bear on other industries…

A Reign of Terror

Production above mandated levels was not permitted. Nor were prices permitted to fall beneath predetermined levels.

If a man flouted the rules… woe to him.

One man, a New Jersey tailor, was convicted and clapped into prison. What was this hellcat’s “crime”?

He pressed a suit for 35 cents. Law required the job be done for 40 cents.

The code-enforcement police roamed through the garment district like storm-troopers. They could enter a man’s factory, send him out, line up his employees, subject them to minute interrogation, take over his books on the instant. Night work was forbidden. Flying squadrons of these private coat-and-suit police went through the district at night, battering down doors with axes looking for men who were committing the crime of sewing a pair of pants at night.

(We acknowledge economist Thomas DiLorenzo for the source material.)

This was the economic wisdom of the day. And now in this, our own time of economic crisis…

A fresh roster of cranks, chiselers, dreamers, something-for-nothing and wine-from-water men will afflict us anew.

They would treat us to another New Deal — green in color — to haul us up.

Modern Monetary Theory is our salvation, they will croon.

Medicare for All will be the promised cure for the next pandemic.

All war with the ancient and iron laws of economics that time has proven valid.

Yet as in the 1930s… a fearful and desperate America may yet embrace them.