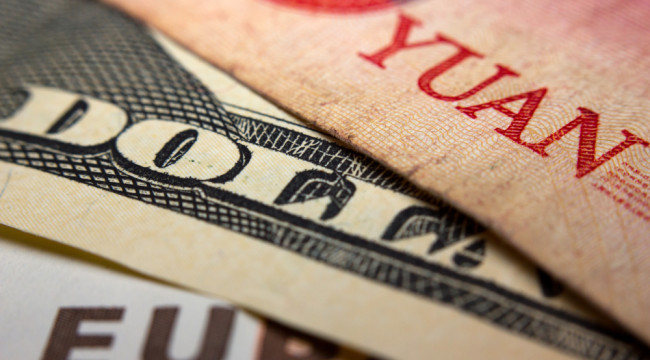 A Tribute to the Jackass Money System

BALTIMORE – Finance or politics? We don’t know which is jollier.

Politics, led by Donald J. Trump, was clearly in the lead… until yesterday. Then, the money world, with Janet L. Yellen wearing the yellow jersey, spurted ahead in the Hilarity Run.

A Witless Tool of the Deep State?

“Cautious Yellen drives global stocks near 2016 peak,” reported a Reuters headline. The story itself was a remarkable tribute to the whole jackass money system.

At first glance, “cautious Yellen” would seem incongruous with stocks rising to “near 2016 peak.” Caution normally means playing it cool, not encouraging speculation.

But it wasn’t so much what Ms. Yellen said that sent stocks racing ahead. It was what she hasn’t done. And she hasn’t done exactly what we thought she wouldn’t do. That is, so far this year, she has not taken a single step in the direction of a “normal” monetary policy; our guess is that she never will.

Or is it because she and her predecessor, Ben Bernanke, have done so much damage to the normal world that there is nothing to go back to? They have burned our bridges… our factories… our savings… and everything else behind them. Now, it is better just to pack up, move out… and keep on going.

That is more or less what Charlie Munger sees coming.

Prepare for the Worst

Asked whether the Fed would reduce its balance sheet to pre-Great Recession levels (by selling back to the private sector the $4 trillion worth of bonds it bought over the last eight years), Warren Buffett’s long-time business partner had this to say:

I remember coffee for 5 cents and brand new automobiles for $600. The value of money will continue to go down. Over the past 50 years, we lived through the best time of human history. It is likely to get worse. I recommend you prepare for worse because pleasant surprises are easy to handle.

The “normal” financial world is no longer habitable.

Ms. Yellen went on to say that these soupçons of recklessness – her hints about not returning to normal – provided an “automatic stabilizer,” to the global financial system. That’s right. (And here is where we begin to laugh uncontrollably.) Not only does outrageously easy credit help “stabilize” the system, so does the anticipation of more of it!

Maybe giving out the news that she will NOT even try to get back to normal helps to settle investors’ nerves. Maybe normal wasn’t all that great anyway.

Either way, speculators can continue whatever perverted hustles they have going… free from the fear that “normal” will walk around the corner and catch them in the act.

But what’s this? A complicating factor, the “outlook for inflation,” is “uncertain,” says Ms. Yellen. The Financial Times clarifies: “[I]nflation could take longer to return to the Fed’s 2% target.”

A Quarter Century of Voodoo

In Japan, they’ve been doing this voodoo for 26 years. We’ve had our eye on Japan since the mid-‘80s, when everyone was sure that Japan Inc. was the hottest thing in the econosphere.

The miracle economy blew up in 1989, and liquidity disappeared. Since then, Japan Inc. has been the Sahara of the developed world. QE, ZIRP, NIRP, monumental deficits, Abe’s Arrows… nothing worked to make it rain.

Instead, savers saved more. What else could they do? With negative rates they needed more savings to get the same financial bang per buck.

But the Japanese feds aren’t giving up. And now they turn to two of the world’s most celebrated witchdoctors – Paul Krugman and Joseph Stiglitz – for advice on what to do next.

Japan has famously run huge fiscal deficits in an effort to get the economy moving. Thanks to a quarter century of these loose budgets, the island now has gross government debt equal to 240% of GDP and nearly nine times tax revenues.

Most of the spending is used to fund programs for old people – health care and pensions – making it hard to cut back. Japan’s government finances are nothing more than a huge, compulsory, unfunded, old-age benefit program… one that is sure to go broke.

But don’t worry, Japan. According to the Financial Times, the two Nobel Laureates went to Tokyo and argued – if you can believe it – that Japan needs more liquidity, that is, “a looser fiscal policy.”

Yes, like New Orleans needed a shower after Hurricane Katrina.