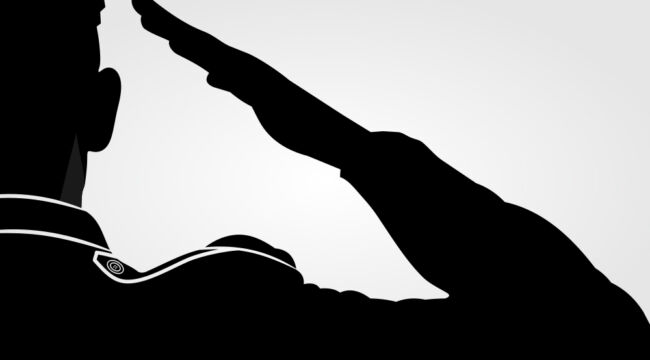 And the white doves of peace took wing.

Instead we reflect upon that morning of Nov. 11, 1918, so many years distant — a neglected chapter of history.

The news went immediately fanning out across the Western Front. It would ultimately reach the remotest switch trench.

Not all were so eager to spike the guns and lay down the rifles that morning. Who were these recalcitrants? And why their reluctance? Historian Joseph Persico:

He was hot to teach the hell-sent Hun “a lesson.”

Thus Black Jack and his glory dogs reached for their lesson planners, grabbed the chalk and took to the blackboard…

They chose to invade German positions that morning — clear through to 11. Not until the referee blew the whistle would they call a halt.

One divisional commander promised court-martial for any artillery chief who hadn’t emptied out his entire magazine by 11.

They were claw-mad for battle. Near 8 a.m. the furious assaults commenced…

American forces took a severe trouncing crossing the River Meuse that morning — a river they could have conquered unmolested had they only waited until 11.

Meantime, men of the 89th Division were ordered to seize the pinprick village of Stenay. Why?

The village housed public bathing facilities. And the 89th’s senior officer decided his grimy men should take the waters of the charming French village.

You may not believe it. Yet that was the explanation on offer.

The attack commenced. Perplexed and disbelieving German gunners attempted to wave off the marauding Americans:

But the men of the 89th steeled their nerves, lowered their chins and advanced, as if proceeding into sheets of hail…

The reluctant Germans responded as they must. The war ended three hours later. Yet 61 men of the 89th would not see it.

Another 304 would take their baths in a hospital… where they licked their needless wounds.

We hazard all 365 would have happily waited until 11:01 that morning — when the baths would have been theirs for the asking.

Why the needless bloodspilling… when peace was but hours away?

Careers hung in balance. As did ambition…

Recall the divisional chieftain who condemned 61 of his men to the grave that morning so that others might bathe — a certain William Mason Wright.

This human gem received promotion to Executive Assistant to the Chief of Staff of the Army after war’s end.

A less gaudy distinction fell to a young man under this man’s command that morning of Nov. 11, 1918. We refer here to Sgt. Henry Gunther, aged 23 years, of our former city of Baltimore.

This poor fellow was the last allied fatality of that fateful morning — and of the Great War itself. His time of death: 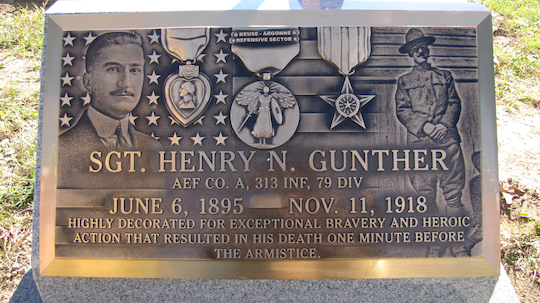 The United States Army was so decent as to decorate Sgt. Gunther for “exceptional bravery and heroic action that resulted in his death one minute before the Armistice.”

Yet true decency would demand a formal apology from the same United States Army.

True decency would demand a formal apology, that is, for ordering Baltimore’s Sgt. Henry N. Gunther, aged 23 years, needlessly into battle that morning…

True decency would demand a formal apology, that is, for placing this man’s life beneath the career ambitions of a Gen. Wright — the subsequent Executive Assistant to the Chief of Staff of the Army.

You deserved far better, Sgt.Gunther. You deserved a chance in life… the chance denied you that morning of Nov. 11, 1918…

One minute before the doves flew.