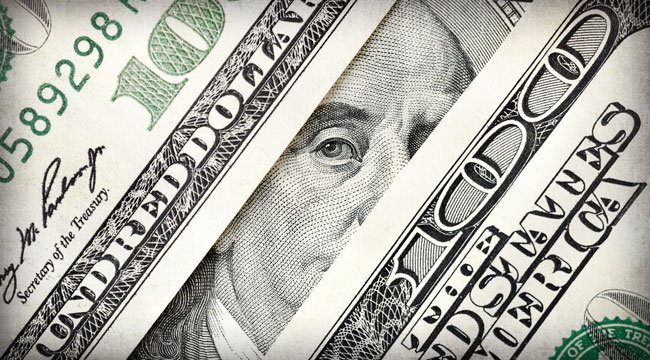 A Tax Is Not a User Fee

[This article was originally published in 1999, but the ideas are still relevant today. Since taxes are probably on your mind as we head toward April 15, it’s always good to be aware of all the ways the government tries to take your money.]

Politicians and bureaucrats are notorious for manufacturing euphemisms — clever but deceptive substitutes for what they really mean but don’t want to admit. That’s how the phrase “revenue enhancement” entered the vocabulary. Some of our courageous friends in government couldn’t bring themselves to say “tax hike.”

At all levels of government, a bipartisan effort to impose new or higher taxes and mislabel them as seemingly less onerous “user fees” provides another example. Sometimes, a user fee is indeed a user fee. Other times, it’s not that at all. Instead, it’s a tax hike disguised by a misnomer.

When someone chooses to use a government service and pays for it, he’s paying a user fee. Furthermore, what he pays should cover the cost of the service he is receiving; if it goes for something he isn’t getting or doesn’t want, then he’s paying a little of both — a user fee plus a tax. Taxes differ from user fees in that paying them isn’t a matter of choice and what you pay is not tied directly to what you’re using.

You now have no legitimate excuses for mislabeling taxes as “user fees.”

In principle, true user fees make a lot of sense, especially if you want people to understand that nothing from government is truly “free.” Indeed, the more government finances itself through user fees instead of taxes, the less it looks like government and the more it gets out of the redistribution business and begins to resemble private firms operating in free markets.

Instinctively, most people sense a certain fairness about true user fees. You pay for what you get, and you get what you pay for. Most people understand and support user fees for such things as toll roads, harbors and waterways, and even parks and recreational facilities. If they understand that private enterprise would probably do a better job with these things, they know that at least a user fee approach for government services gives them an opportunity to make a rational economic choice: buy it if it’s worth the price, patronize an alternative, or do without. All this makes for useful background to a victory that advocates of liberty and sound economics recently won in my state of Michigan.

In 1978, Michigan voters approved the Headlee Amendment to the state constitution. Among other provisions, the amendment requires voter approval before a tax can be imposed or increased. In its 1994 report, the Headlee Amendment Blue Ribbon Commission found that a growing number of Michigan townships, counties, and cities were skirting that requirement by mislabeling certain taxes “user fees.” The commission recommended that the legislature clarify the difference between a tax and user fee. The Michigan Supreme Court now has done what the legislature never got around to doing. Here’s how the case arose:

In 1995, the city of Lansing adopted Ordinance 925, known by many as the “rain tax.” It provided for the creation of a storm water enterprise fund “to help defray the cost of the administration, operation, maintenance, and construction” of a new storm water system that would separate sanitary and storm sewers. Heavy rains had occasionally caused the city’s combined sanitary and storm sewer system to overflow, discharging untreated and partially treated sewage into the Grand and Red Cedar rivers. Fifty percent of the 30-year, $176 million cost of the system was to be financed through an annual “storm water service charge” imposed on each parcel of property in the city. The city maintained that the service charge was a user fee and therefore did not have to be put before the voters for approval. But Lansing citizen Alexander Bolt had read the constitution and knew a tax when he saw one.

Bolt challenged the Lansing “rain tax,” taking the case all the way to the Michigan Supreme Court, a majority of which on December 28, 1998, declared, “We hold that the storm water service charge is a tax, for which approval is required by a vote of the people. Because Lansing did not submit Ordinance 925 to a vote of the people as required by the Headlee Amendment, the storm water service charge is unconstitutional and, therefore, null and void.” The decision established an important precedent that puts municipalities on notice that the voters who approved the amendment intended for it to be enforced, not subverted.

The Court’s majority opinion refreshingly argues that “a primary rule in interpreting a constitutional provision… is the rule of ‘common understanding.’” In other words, in this case the intent of the voters should be of utmost importance, as opposed to some judicially activist fabrication. The Court affirmed that the voters intended to place limits on taxes and governmental expansion.

Just what exactly distinguishes a user fee from a tax? The Court advanced three main criteria:

The Lansing ordinance failed all three tests of a user fee. The Court determined that it constituted “an investment in infrastructure as opposed to a fee designed simply to defray the costs of a regulatory activity” and agreed with the dissenting opinion in a lower court ruling that the revenue from the charge was “clearly in excess of the direct and indirect costs of actually using the storm water system.” The Lansing rain tax applied “to all property owners, rather than only to those who actually benefit,” contrary to a genuine user fee. Moreover, the ordinance “failed to distinguish between those responsible for greater and lesser levels of runoff.”

Most plainly, the rain tax was utterly involuntary. True user fees are only “compulsory” for those who choose to use a service, but Lansing property owners in this case had “no choice whether to use the service” and were “unable to control the extent to which the service” was used.

The Court’s majority concluded by quoting the Headlee commission report, “This is precisely the sort of abuse from which the Headlee Amendment was intended to protect taxpayers.” Amen!

The message is clear to Michigan municipalities: You now have no legitimate excuses for mislabeling taxes as “user fees.” Be honest. If it’s a tax, put it before the voters as the Headlee Amendment requires and make your best case. You can’t junk the constitution just because you want the money. It’s a refreshing message that ought to be applied everywhere.

Lawrence Reed
for The Daily Reckoning

Ed. Note: The important distinction between “taxes” and “user fees” is just one example of how the government tries to pull the wool over the eyes of the American people. And it doesn’t stop there… Quantitative easing; Operation Twist; Stimulus Package… They’re all examples of saying one thing, and meaning another. To make sure you never get duped by the government’s Department of Euphemisms again, sign up for the FREE, Laissez Faire Today email edition, right here.

Lawrence Reed became president of the Foundation for Economic Education in 2008 after serving as chairman of its board of trustees in the 1990s, having written and spoken for the FEE since the late 1970s. Prior to becoming the FEE’s president, he served for 20 years as president of the Mackinac Center for Public Policy in Midland, Mich. A champion for liberty, Reed has authored over 1,000 newspaper columns and articles and dozens of articles in magazines and journals in the United States and abroad.