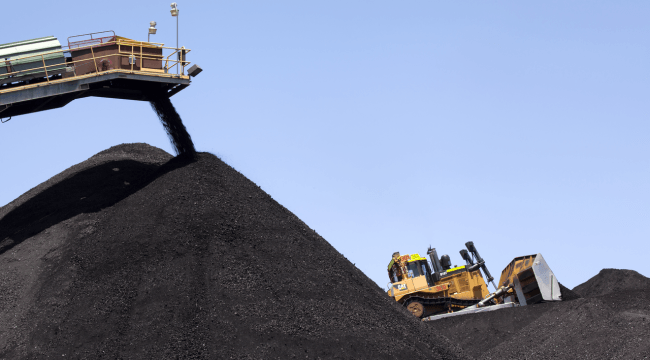 A Tale of Two Power Sources

Sign of the times: The nation’s No. 2 coal producer is headed for bankruptcy court. Alpha Natural Resources is filing as we write this morning.

The coal industry “cave-in” Byron King warned about two months ago in The 5 is underway in earnest. “A decade ago,” he said, “coal accounted for about half of U.S. electric generation; today, it’s down to about 40%.”

Alpha saw the writing on the wall but still couldn’t save itself. A few years ago, the firm shifted emphasis from “thermal” coal used for power generation to “metallurgical” coal used for steel production. But now China’s economy is slowing down, and demand for met coal has slackened too.

Another blow to coal — the Obama administration’s climate-change regulations.

This morning, the president is announcing the first-ever federal limits on carbon emissions from power plants. The aim — to cut those emissions 32% from 2005 levels by 2030. State governments would have to draw up compliance plans by 2018 and implement them by 2022.

The rules have been in the works for years. Previous drafts counted on a shift from coal to natural gas to reach the desired carbon limits. But the final version of the rules contains a bit of a surprise — less emphasis on natgas, more emphasis on renewables.

Yes, there will be pushback: “Republicans in Congress and states hardest hit by the plan say they will fight it,” says The Wall Street Journal. “More than a dozen states and the coal industry have vowed to sue the EPA, and several states have threatened to refuse to comply with the rule.”

But you don’t have to guess at the outcome of those lawsuits to know where investment dollars are flowing.

It comes back to a point we’ve been emphasizing for months now: Solar power has finally become economical. It’s no longer the province of early adopters like our friend Cam Mather — who outfitted his off-grid home in Ontario with solar panels 17 years ago at a cost of $10 a watt. Now it’s well under $1 a watt.

That’s enough to move nearly one-third of the school districts in New York state to consider solar — just as an example. The New York Power Authority recently sent inquiries to nearly 700 districts, offering a hand “if you’re interested in putting solar on your roof or school grounds.”

The head of the Power Authority says even one-third of those districts going solar would be enough to idle half of a power plant fueled by coal or natgas.

“The solar sector is a lot like the shale industry back in 2008/2009,” says Matt Insley of our energy-investing team.

“I’d travel from rig to rig, watching bits turn and black gold rush to the surface. However, the folks on Main Street didn’t want to believe what was happening.

“But the calculator doesn’t lie. New solar installs (whether residential or commercial) are economic — with the potential to return four-six times their initial investment. And with each day passing, the economics are only getting better.

“Think of how shale oil drillers kept getting more efficient during America’s energy boom. We’re seeing the same thing with solar. The technology is better and more efficient, and the costs to install it are dropping rapidly. Add it all up and there’s a lot of low-hanging fruit out there.”