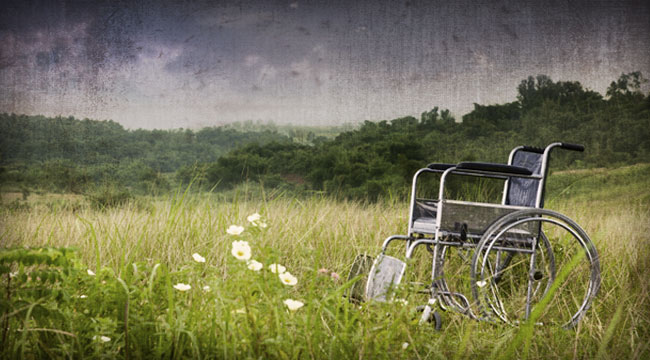 As I have written previously, the private retirement system in the U.S. is getting better all of the time. About four-in-five full-time workers have access to a retirement plan through their employer, and nearly 80% of those with access are participating. Today’s participants are more diversified than in the past, thanks to smarter plan architecture.

But some state lawmakers refuse to let the good news shake them from their insistence that more government involvement is needed to boost retirement security. Lawmakers in states from Connecticut to Washington are considering letting the state manage the retirement funds of private sector workers.

Given how poorly states like California and Illinois have funded the pension funds for their own employees, one would think that this would stop dead in its tracks any plan to have the government assist in managing private sector funds too. The spate of recent activity, however, suggests otherwise.

Over the past decade, the fraction of workers investing in their own employer’s stock has been cut in half.

Setting aside concerns about many states’ inability to manage their own pension funding situation, the argument for state action is seductive: Despite the advances in the design of private sector plans, it is true that many workers are not saving enough. Many invest unwisely. And few private plans offer opportunities to convert their defined contribution (DC) plan balances into guaranteed retirement income.

But in a paper being released today by the American Council of Life Insurers, co-authored by me and my University of Illinois finance colleague Scott Weisbenner, we show that today’s defined contribution retirement system is better designed than ever before to deliver retirement security for future generations. [Disclosure: Prof. Weisbenner and I were financially compensated by ACLI for our time spent writing this paper, although the opinions expressed in the paper are entirely ours].

Although further improvement of the private system is desirable, it would be unwise and counterproductive to replace or radically restructure the existing private system.

A brief history is instructive. DC plans, including 401(k)s, 403(b)s and 457s, were warmly embraced by employers and workers in the years following their introduction, especially as the stock market surged in the Reagan and Bush I years. Workers enjoyed the ability to control and track the growth of their retirement saving, and found the portability of plans across employers to be a plus.

The bursting of the NASDAQ bubble in 2000 and the catastrophic retirement plan losses experienced by undiversified Enron employees in 2001 highlighted some of the shortcomings of old versions of the 401(k). In addition to a lack of diversification, other problems included delays in enrolling employees in plans, inadequate savings rates, and insufficient attention to converting account balances into income.

But that was then. Over the past decade, the fraction of workers investing in their own employer’s stock has been cut in half. Many workers are now automatically enrolled, automatically diversified, and have their contributions automatically increased over time. And the retirement industry has created a slew of innovative new products to convert accounts into lifelong income, although take-up by plan sponsors has been limited by concerns about regulatory and fiduciary risk.

Median employer-plus-employee contribution rates are nearly 10% of income. This is nearly double the rate being proposed by Teresa Ghilarducci of the New School for Social Research, a vocal champion of government run plans. It is also much higher than the saving rate proposed in Senator Harkin’s proposal to establish USA Retirement Funds at the federal level. Such proposals run the risk that many employers might drop their good plans for less generous government-run plans, particularly if taxpayers are forced to subsidize a rate-of-return guarantee, such as the one in the Ghilarducci proposal.

Moreover, a larger government role could bring unwelcome government intrusion in capital markets, where more than $10 trillion of DC plan assets are invested. It is not hard to imagine politicians pressuring these funds to over- or under-invest in particular geographies, industries or causes. Such a large-scale misallocation of investment funds could harm not only the financial market returns to participants, but overall economic performance.

Although today’s retirement system is stronger than most detractors care to admit, it is not perfect. Two problems, in particular, are calling for a solution: how to increase coverage and how to provide more opportunities for lifetime income.

In both cases, the answer is not more government. The answer is less government, particularly in the form of a simpler regulatory framework that reduces employer costs and protects well-meaning employers from excessive concerns about fiduciary risk.

A good place to start would be to boost incentives for small employers to offer DC plans by establishing a safe harbor “starter plan” that provides stronger protections for employers from liabilities associated with plan administration. More incentives could be directed toward providing a low-cost mechanism through which small employers could use their payroll service to allow participation in automatic IRAs, as proposed by President Obama in his State of the Union address. Plan economics could be improved by encouraging small employers to join together to offer multiple-employer DC plans. Adjusting plan qualification rules so that plan sponsors are not penalized when they open participation to part-time workers would also expand access.

Although the ability to convert an account into a paycheck for life is essential to providing lifelong financial security, regulation has also scared most plan sponsors away from providing annuity options. The U.S. Departments of Labor and Treasury have taken several important steps to lessen such barriers. But many more steps are required before plan sponsors will be fully comfortable providing income options to retirees.

Boosting retirement security for tens of millions of Americans is no easy task. Policymakers, plan sponsors, the retirement industry and individuals need to work together to extend retirement savings and income opportunities to more households.

The current system provides a strong foundation. It is time to build on it.

Jeffrey Brown
for The Daily Reckoning

Ed. Note: Government tinkering in this sector of the economy is never good news. But if you want to make sure your retirement nest egg grows regardless of what those bureaucrats do, sign up for the FREE Laissez Faire Today email edition. In today’s issue, readers were treated to an incredible opportunity to discover a steady and safe way to grow their retirement accounts — outside the reach of the government. It’s just one small benefit of being a free subscriber to Laissez Faire Today, and opportunities like this show up in every single issue. So if you didn’t see today’s, not to worry. Your next issue is just a few hours away. Sign up for FREE, right here, to get started.

There’s a big difference between the interest rate that the Fed sets for overnight bank borrowing, and the market interest rates that apply to mere mortals like you and me. Today, I want to show you how that difference indicates growing risks to your wealth. More importantly, I’ll show you how to protect your wealth against these risks so you’re not harmed by the Fed’s irresponsible moves.

Jeffrey Brown writes primarily about the U.S. public and private retirement system. Trained in economics (with a PhD from MIT), he served as the William Karnes Professor of Finance and Director of the Center for Business and Public Policy at the University of Illinois. He is also Associate Director of the Retirement Research Center at the National Bureau of Economic Research (NBER).