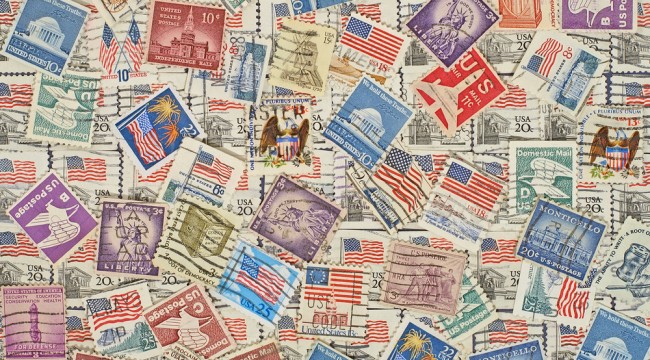 A Stamp of Approval for Alternative Investments

William H. Gross is a familiar figure in the investment world. He is author of several books on investing, co-founder of PIMCO and manager of the world’s largest bond fund, over $280 billion. He is often referred to as “The Bond King.”

Less well known is the fact that he is also a stamp collector.

Like most collectors, Gross started young. In the 1940s, his mom, Shirley, started buying sheets of U.S. stamps from the post office as a way of building up a nest egg to send him to college. When the time came, he was sent to San Francisco to sell the stamps to dealers — only to find that modern stamps were common and almost worthless. Gross had to rely on a scholarship to help pay his way at Duke and UCLA.

But as his career in finance took off, the memory of his childhood hobby affected him. He became intent on proving that his mom’s instincts were right and approached the idea of building a stamp portfolio in the same way he built a regular investment portfolio.

Today, Gross is the proud owner of a complete collection of rare 19th-century U.S. stamps. Amongst these is the 1868 one-cent Benjamin Franklin “Z Grill,” which he acquired in a $3-million trade — making it the most valuable stamp in the world.

The “Z Grill” and the rest of Gross’ U.S. stamp collection will probably end up in a museum, thus reducing even further the supply of rare stamps available to collectors. (Gross has recently donated $8 million to the Smithsonian’s National Postal Museum to create a new 12,000-square-foot gallery named in his honor.)

Gross is by no means the only famous stamp collector. Ex-President Sarkozy of France is another — as is Maria Sharapova, the Russian tennis ace. President Franklin D. Roosevelt inspired a generation of collectors during the Great Depression. Many of the Royal dynasties of Europe, such as the Reyniers of Monaco, have valuable collections built up over generations. The most comprehensive collection of British Commonwealth stamps is owned by Queen Elizabeth II of Great Britain. The Queen’s collection was started by her grandfather, King George V, and is her largest personal asset.

Surprisingly, though, most of the stamp collectors in the world are in Asia. It is reckoned that, of the 50 million or so registered stamp collectors, one third (around 15 million) are in China. The 2009 World Stamp Exhibition, held in Luoyang, attracted an estimated 750,000 visitors. In India and South East Asia, too, philately is a well-respected hobby amongst the burgeoning professional middle classes. Asian collectors are increasingly using the Internet to buy, sell and exchange information about stamps. This, together with increasing prosperity and easier access to personal credit cards, is revolutionizing the market for collectibles in Asia.

To the uninitiated, collecting stamps may be regarded as a harmless — if slightly outmoded — pastime, but when Bill Gross put his British stamps up for auction in 2007, serious investors sat up and took notice. Gross had spent $2.5 million on his British collection over a 10-year period, and the sale attracted unprecedented media interest.

The star item in the Gross collection was a block of 1840 Penny Blacks, the world’s first stamp, issued by Great Britain in 1840. Purchased by Gross for $350,000 in 2001, it realized $1.15 million — a return of 22% per annum. When the final hammer came down, the total auction realizations, including buyers’ premium, exceeded $10 million. “It’s four times profit,” Gross said. “It’s better than the stock market!”

Asian stamps have followed suit. The world-record price for a Chinese stamp was broken three times in 2010. The current world record, set a few months ago, is $1.15 million for a 1968 The Whole Country Is Red stamp, one of only five in mint condition. The record for an Indian stamp was broken twice in 2011, currently held by a 1948 Gandhi “service” overprint at $205,000.

The Gross auction was the defining moment for rare stamps as an investment asset class. An eminent investor had made serious money from stamps: this was something new for the financial media and brought the potential of investing in stamps to a wide audience.

In order to track the rare-stamp market, the company I work for, Stanley Gibbons, compiled an index of investment-grade stamps, based on our catalogs which have been published annually for over 140 years. The GB30 Rare Stamps Index tracks 30 of the rarest British stamps: it has averaged 9.4% growth per annum since the 1950s and, in that time, has never fallen in value. Another index, the GB250, tracks British stamps which are more accessible to the average investor. It has averaged 13% per annum over the past decade, going up 18% during the 2008-10 economic crisis while stock markets crashed and property crumbled.

The GB30 and GB250 Indices demonstrate the value of rare stamps as an alternative investment: showing consistent, stable returns, uncorrelated with mainstream asset classes. The reason is simple. To date, unlike art, antiques and U.S. coins, there is relatively little investment money in stamps. Most of the rarities are still owned by dedicated collectors who hold on to them for years. As Mike Hall, CEO of Stanley Gibbons, says: “Investors are driven by fear and greed. Collectors are driven by passion.”

Experts will put together a bespoke portfolio of rare stamps, diversified across different areas of collecting, for each client. The minimum investment is just $15,000 but several clients around the world have portfolios of $5 million or more. Needless to say, the stamps are carefully selected for quality and rarity: of the two million to three million stamps in the shop in London, only 100 to 200 are judged to be investment-grade. Investing in rare-stamp portfolios can also offer currency diversification. For example, Stanley Gibbons prices its collections in British pounds.

Many first-time investors in collectibles make the mistake of concentrating their efforts on finding the right stamp or antique or work of art, at the best possible price. This is often their downfall, and many have lost significant sums by dabbling in collectibles as an investment. Very few have the expertise to identify investment-grade collectibles at auction. And even if they were fortunate enough to buy the right item, most fail to consider their exit options.

Buying an expensive collectible is easy — but selling at the right price and at the right time is the key to successful investing in collectibles. Most auction houses will charge the seller 20% to 30% premium on the hammer price; and most galleries or dealers will only buy items back at one third to half their selling price. You need to know your exit options before you commit to purchasing an investment portfolio.

That’s where the specialist companies come in. They should be able to advise you and offer you a number of options, including selling at public auction, commission free; marketing the portfolio to their network of collectors, on a profit share basis; or retaining the portfolio for future generations.

Collectibles are generally a medium to long-term investment: three to five years or more. However, some of Stanley Gibbons’ investment products have no minimum holding period. So an investor can choose to make a quick profit on a Chinese stamp, and either take out funds or reinvest in other stamps. Annual valuations, accessible online, keep the investor informed of the portfolio performance — and advice on when to buy or sell is available any time.

So how much? Well, the minimum investment in Stanley Gibbons is $15,000. Not all stamps will appreciate at the same rate — some areas of collecting may become popular and suddenly take off. Stanley Gibbons can help put together a diversified portfolio of stamps from different countries and periods. Free insurance and storage, in the company’s vaults in Guernsey or Hong Kong, is also available.

Getting the right advice is crucial when investing in collectibles. Bill Gross certainly made a good profit when he sold his British stamps — but he sold at the wrong time. As the GB30 and GB250 Indices show, British stamps have continued their upward trend since 2007. What is more, a large chunk of his profits went as commission to the auction house. Since the Bill Gross auction, Stanley Gibbons has bought and sold several items from the Gross collection. Last year, the block of 1840 Penny Blacks (which realised $1.15 million in the auction) was sold by Stanley Gibbons for $1.53 million — 33% more. Even one of the world’s greatest investors can get it wrong sometimes!

Geoff Anandappa
for The Daily Reckoning

Ed. Note: This essay was prominently featured in the Daily Reckoning’s special Sunday Edition – a bonus issue that gives readers unique insight on the financial world at large, and which includes no less than 7 specific chances to discover real, actionable investment opportunities. To start getting this, and every issue of The Daily Reckoning, sent straight to your email inbox, sign up for FREE, right here.