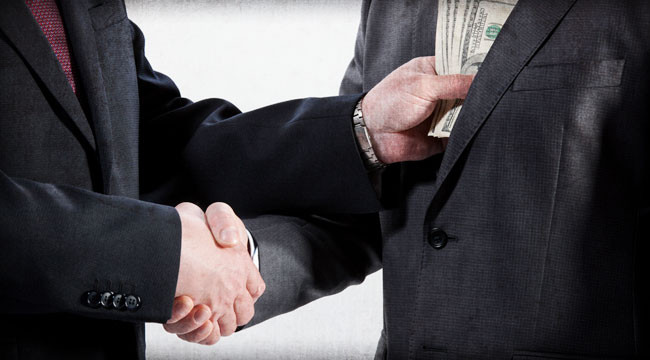 A Repulsive Use of Capitalism

The new pope, Francis from the Pampas, has just warned us to beware the “tyranny” of capitalism.

Each man worships his own gods. Some worship at the altar of Jesus of Nazareth. Some at the altar of the Almighty Dollar. The capitalists don’t bad-mouth Francis’ god. You’d think he would cut them the same slack.

Bad-mouthing Catholicism will win you few fans. Those outside the Roman faith won’t care. And papists will be your enemies for life.

People calling themselves Christians have done vile and repulsive things; that doesn’t mean that “love thy neighbor” is not a worthy aspiration.

But bad-mouthing capitalism has a large, ready audience of uncritical fans.

So we rise to defend the faith — in capitalism, that is.

In this, we take the high road… not because we are high-minded, but merely because we don’t like crowds.

So we will not stoop to criticizing Francis’ faith or praising Mammon with hearty hallelujahs. Instead, we will explore the discreet charm of honest money-grubbing… confident that at least in the land of free-enterprise defenders, we will always find a parking place.

Almost nobody approves of capitalism these days, least of all the SOB cronies on Wall Street who call themselves capitalists.

They preach the gospel of risk-taking. But as soon as the risks go against them in a big way, they call their friends in high government places for succor. They publicly support free enterprise. But privately, they connive with regulators for bailouts, subsidies, and barriers to entry to keep out competitors.

In the crisis of 2008-09, for example, the financial industry reached a major turning point. It should have made the turn. Instead, it kept going in the same direction.

What should have happened, as told by David Stockman in his new book, The Great Deformation:

“Hundreds of billions of long-term debt and equity capital that underpinned the Wall Street-based speculation machines would have been wiped out, including huge amounts of stock owned by executives and insiders. Such a result would have been truly constructive from a societal vantage point. It would have implanted an abiding 1930s-style generational lesson about the deadly dangers of leveraged speculations.”

Instead, the speculations paid off! And now the big banks are bigger than ever. This week, The Wall Street Journal reported that “too big to fail” banks are pushing the little guys out of existence:

“The decline in bank numbers, from a peak of more than 18,000, has come almost entirely in the form of exits by banks with less than $100 million in assets, with the bulk occurring between 1984-2011. More than 10,000 banks left the industry during that period as a result of mergers, consolidations, or failures, FDIC data show. About 17% of the banks collapsed.”

Yes, dear reader, the big banks hate capitalism too. What they like is crony capitalism. At least they like it when their own cronies are in the Department of the Treasury and the Fed.

The rest of the heaving masses hate capitalism too, but for other reasons. They are envious of those who have more than they have… and eager to redistribute other people’s money — to themselves, of course.

So almost no matter in which direction the pope heaves his message — to the modest nests of the have-nots or the sumptuous pads of the haves — he is bound to hit a supporter.

It’s true, as we have explained, that capitalism is easily corrupted by the capitalists. But that doesn’t mean it is a bum creed. People calling themselves Christians have done vile and repulsive things; that doesn’t mean that “love thy neighbor” is not a worthy aspiration.

Like Christianity, capitalism is a goal, not a fact.

“But that is the same argument the communists made after the Berlin Wall came down,” countered No. 2 son, Jules, when we put this to him.

“They said that you can’t condemn communism just because the Soviet Union was a rathole. They said communism too was a goal… one that had been unrealized by the Russians.”

Our response was simple enough:

“Yes… but there are worthy creeds and unworthy ones. ‘Do unto others as you would have them do unto you’ is still the best way for a civilized community to get along. The more you depart from it, the worse off you are.

“Capitalism works the same way. The further you get away from truly free enterprise the more cronies and zombies (people who live at others’ expense) you get… and the less well the whole system works.

“Envy is a fact of life. You can’t eliminate it. But it has different results depending on what kind of a system you have. Trying to keep up with the Joneses in a capitalist society drives people to work harder and invent things, and helps everyone be better off.

“In a crony capitalist society, envy leads people to take advantage of the system. But it doesn’t stop everyone else from working hard and inventing things… not completely.

Someone should tell Pope Francis.

Ed. Note: Working toward a truer form of capitalism — not the crony variety we’re saddled with today — is one of the main focuses of every issue of Laissez Faire Today. In fact, the goal of this service is to provide readers with all the tools they need to live a happier, healthier, freer life outside the prying eyes of government and the crony capitalists who’ve corrupted the system. It’s completely free to sign up and comes with absolutely no obligation. So you have absolutely nothing to lose, and a lot to gain. Don’t wait. Sign up for the free Laissez Faire Today email edition, right here.

This article was also featured in Laissez Faire Today

David Stockman shows you seven steps America must take to restore its lost prosperity. Donald Trump should pay close attention to No.12…