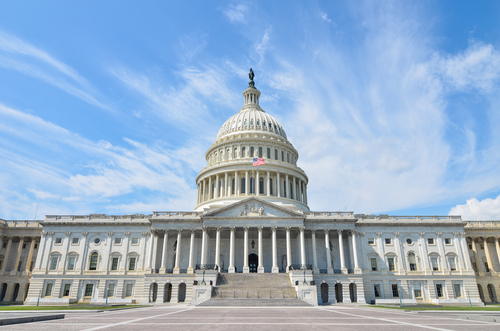 A Redistributive State of the Union

[Note: This piece was originally published on January 25th, 2012]

In the three years since, President Obama may not have actually paid her mortgage or filled up her tank, but judging from last night’s State of the Union address, he’s still trying.

The president’s address — more campaign speech than policy platform — was long on calls for “fairness” and “opportunity,” but it really boiled down to the president’s vision of a society where government does everything for everyone — financed, of course, by higher taxes on “the rich,” who need to pay “their fair share.”

Take, for example, the president’s renewed push for a so-called “Buffett rule,” based on the idea, in Obama’s oft-cited formulation, that investors such as Warren Buffett should not pay a lower effective tax rate than their secretaries. He even had Buffett’s secretary, Debbie Bosanek, sitting in the presidential box.

Buffett makes most of his money from investment income (capital gains and interest), and he pays a capital-gains tax rate on that money. That tax rate could theoretically be lower than the tax rate that Ms. Bosanek pays on her wage-based income, although only if Ms. Bosanek’s income is fairly high and she took few deductions. However, the president’s narrative ignores the fact that Buffett’s income had already been taxed at the corporate level. When the effect of both taxes is combined, the real effective tax rate is closer to 45 percent. That is quite a high rate on an inherently risky activity — investing — that our tax code should encourage.

And significantly, note that the president’s solution to this supposed problem is not to reduce taxes on Ms. Bosanek, but to raise them on Mr. Buffett.

That is because the president sees the Buffett rule and his complaints about other tax loopholes as simply a tactic, the camel’s nose under the tent, in his desire for more money for the federal government. That is why his actual tax proposals, hidden behind rhetoric about “millionaires and billionaires” and the “wealthiest 1 percent,” would actually raise taxes on people earning as little as $200,000 per year, as well as many small businesses. And many of his proposals will probably hit people with incomes even lower.

And he wants that money so that he can spend it.

The president might have given lip service to the need to reduce deficits and the debt, but most of his speech was a laundry list of government programs to spend more money doing more things for more people. From health care to housing, from worker education to industrial policy, from “green energy” to college loans, the president sees the government as both the engine of our prosperity and the guarantor of fairness.

The president’s vision of the state of the union is a zero-sum one in which, if some people get rich, it must make other people poor. If Warren Buffett makes money, then Peggy Joseph won’t have gas for her car. The only alternative is for the government to step in and make Mr. Buffett pay for Ms. Joseph’s gas.

Of course there is another option.

We all seek a society in which every American can reach his or her full potential, in which as few people as possible live in poverty, and in which no one must go without the basic necessities of life. More important, we want a society in which every person can live a fulfilling life. But the evidence is now inescapable that the best way to achieve that goal is not through welfare-state redistribution of wealth, but through the creation of more wealth. We should judge the success of our efforts not by how much charity we provide to the poor, but by how few people need such charity.

Would it not be a better America if we could make it possible for Ms. Joseph to get a better job so that she could afford her mortgage and her gas? For that matter, wouldn’t we like a country where she could afford a bigger house and a second car? Nothing that the president has proposed would help bring that about.

Poverty, after all, is the natural condition of man. Indeed, throughout most of human history, man has existed in the most meager of conditions. Prosperity, on the other hand, is something that is created. And we know that the best way to create wealth is not through government action, but through the power of the free market. Last night, President Obama said, “This nation is great because we worked as a team [and] have each other’s backs.” Others might suggest that this nation is great because we are free.

We will probably spend the next year debating these two visions. Last night’s speech was the start.

Michael Tanner
for The Daily Reckoning