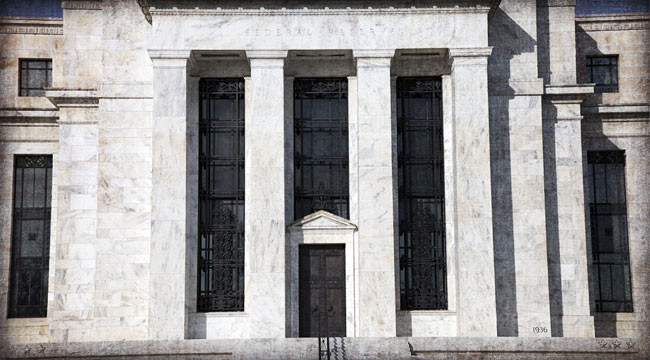 A “More Excellent” Choice for the Next Fed Chairman

Markets continued their summer trading behavior last week. Up a little, down a little… meandering… strolling… not in a hurry to get anywhere. The end of the week found the Dow about where it began… and gold a bit lower.

But here, we make tracks. We are using these lazy, hazy days of summer to steal a march on our fellow investors. And our fellow humans!

Why be falsely modest about it? This is something that justifies immodesty. As others lie around at the beach, we race to figure things out… things that Aristotle missed… things that flummoxed Nietzsche.

What, really, is the nature of civilization and why does it “break down” from time to time? What is the role of money in relationships between people… and between a person and his government? Why do smart people do dumb things when any fool could tell them they are making a mistake?

Do these questions seem too abstract for you, dear reader? Did you just want to know if stocks are going up… or down? Bear with us. We’ll get to that… and a very important announcement.

Ben Bernanke is leaving the Fed at the end of the year. The leading candidates to replace him are committed to continuing his policies, which consist of providing as much credit rope as you need to hang yourself.

Doubts give way to desperate faith. Reflection is abandoned for action. All of the announced candidates for Bernanke’s job — Yellen, Summers and Kohn — are believers.

Of course, they couldn’t have gotten anywhere near the top job if they doubted that central planning and price controls can work. After all, they’re jockeying for the job of planning the entire U.S. economy by controlling its most important price: the price of credit.

The worst of these candidates is Larry Summers. That is why he is most likely to get the post.

Summers is so often described as “brilliant” that we are beginning to wonder about the word itself. Perhaps it’s coming to mean something else.

Maybe “brilliant” is coming to mean “not quite bright,” which would better describe Larry Summers. He is the Tom Friedman of the financial world — always sure of himself, always with an answer to every problem… and always dim-witted.

The real problem with Summers is that he lacks modesty. He is so sure he knows what is going on he leaves no margin for error. Every problem has a solution, he thinks. And he has it!

Brad DeLong, writing in the Financial Times, judges all the leading candidates to replace Bernanke as “excellent.” But he describes Summers (also a Financial Times columnist) as “slightly more excellent.”

DeLong’s criteria for “more excellent” seem to be based on the idea that Summers is “the most creative thinker around.” Which just goes to show how far central banking has come.

Throughout most of history, what people wanted in a central banker was lack of imagination. Central bankers were supposed to keep a lid on money creation. In the time of Edward II, for example, if the warden of the mint got creative with the realm’s money, they cut his private parts off.

But now DeLong maintains that “these times are not normal” and that the new person at the Fed must “feel the pain of the unemployed in their viscera.”

Perhaps English is not DeLong’s native tongue. Or perhaps he really thinks unemployed people have some kind of pain in their viscera. And perhaps he thinks America’s banker-in-chief should feel it.

Why? DeLong doesn’t explain. We are left to use our imaginations. Presumably, he thinks Summers is the man for the job because: (1) He feels the pain of the nonworking man and (2) he has the creative imagination to help the poor man find a job.

Ben Bernanke had little success at this. Even after disappearing 9 million people from the workforce, the official number of unemployed has barely budged.

Then again, maybe a more “brilliant” Fed chief will be able to do something extra.

But what can he do?

Wasn’t Bernanke creative enough? In his enthusiasm for ZIRP, QE, Operation Twist and other monetary innovations, he forgot the basics. Maybe if he’d just stuck to the essentials, more people would have jobs.

The dollar of 2006, when he took over at the Fed, is now worth only about 88 cents in today’s money (depending on whose numbers you believe).

Which leads to our suggestion…

First, let us learn from the 14th century. When Ben Bernanke leaves his post, cut his privates off. That will be his going-away present.

After all, he failed at his most important job: to protect the value of the nation’s money. This will also serve as a reminder to his successors: Don’t use your imagination. Stick with policies that work.

Second, when it comes to public service, your editor is against it. But perhaps once in a lifetime, he hears the keening lament of the motherland: “Help me, please.”

So he offers his service…

Yes, dear reader, if we were asked politely, we would serve as the next chairman of Federal Reserve.

We alone among the candidates have the qualities needed to avoid the financial disaster coming our way. We alone understand the proper and modest role of central banking. And we have our plan of action already worked out.

That is, we wouldn’t wait for Humpty Dumpty to get higher up on the wall. We’d give him a push. Get it over with.

Yes, dear reader, write to your congressman, your senator, your president… and to Santa Claus. Ask them to support our candidacy for Fed chairman.

We don’t guarantee better results. But we guarantee that we will be more fun to watch.

Ed. Note: While we wait impatiently for Bill to assume the role of Fed chairman, we’re content to watch him lambaste the idiots who are currently in charge of the U.S. financial system. He and a host of others contribute regularly to the Daily Reckoning email edition, which combines all these ideas into one concise email. If you’re not yet receiving The Daily Reckoning email edition, you’re not getting the full story. Sign up for free, right here.