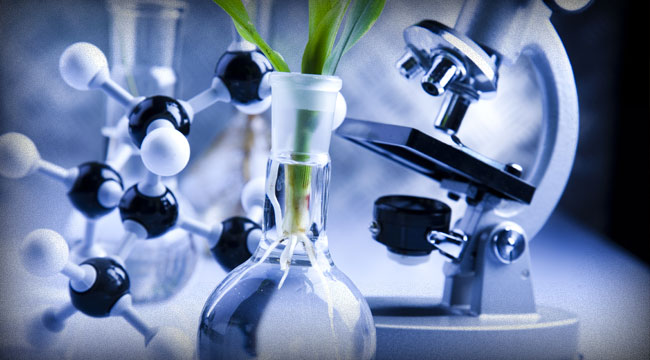 Historically, all truly disruptive technologies encounter resistance. I speak often about a few of the most obvious cases. Ignaz Semmelweis, Joseph Goldberger and Barry Marshall and Robin Warren are obvious examples that I talk about regularly.

We know, however, that science ultimately triumphs over the resistance to progress and change. This is the case with anatabine citrate – a “miracle nutraceutical.”

So far, announcements of extremely positive data have been made for the two completed human studies, diabetes and thyroiditis. I have every reason to believe, however, that the animal studies in other areas, including Alzheimer’s, Crohn’s and Parkinson’s, will also translate into similarly successful human trials.

Part of my confidence is based on the fact that many people with these conditions are already taking anatabine citrate upon the recommendation of scientists who are researching the nutraceutical. This is one of the advantages of nutraceutical status — you can use the product long before it is approved as a drug.

The disadvantage of being a nutraceutical, however, is that companies that make and sell them must be extremely careful about the way they describe them. For example, in a press release put out about the thyroiditis study, drug terminologies are not used — though it is quite clear looking at the numbers that people taking larger doses experienced complete reversal of their disease.

Rather, the press release talked about reductions in the markers associated with the disease.

That’s the game we play inside this regulatory environment, but it means that people who don’t understand this game will probably not understand what has happened.

So let me make it clear. Anatabine citrate has significantly improved or reversed Type 2 diabetes and thyroiditis in a dose-dependent fashion in human studies. If you know anything about medical science, this fact should have, at some point, elicited an involuntary, “What the…?”

If it treated just one of these disorders, it would be a potential blockbuster, but it would still fit within the realm of expectations regarding drug discovery. A single substance that treats both diabetes and thyroiditis is something else entirely, though.

Now, when you look at the other conditions based on animal trials and extensive educated anecdotal testimonials, what we have is simply historic. I’m bluntly stating that it is a demographic event similar to the introduction of antibiotics, which led almost immediately to a 15-year increase in life expectancies.

Such claims naturally engender skepticism. After all, we just don’t think of rosacea, which is severe inflammation or acne of the face, as having anything to do with Alzheimer’s or Parkinson’s.

This is why it took me half a year of wrestling with the evidence, despite unbelievable changes in my own health, to finally accept the obvious.

Anatabine citrate is the real thing, a once-in-a-lifetime event. Its impact will not only be financial, it will be felt by untold older individuals who experience rejuvenation as inflammation-related conditions fade, allowing the immune system to actually repair self-inflicted damage. Its impact will extend into retirement planning and force changes in the insurance, reverse mortgage, housing, pension and other industries.

There is a phrase that I hear constantly when talking to older people who are taking sufficient amounts of this compound. The phrase is, “changed my life.” It’s certainly true for me. Two years ago, my blood pressure was so high, nurses’ eyes grew wide after testing me, and then they began whispering. The expectation was clearly that any sudden shock could result in an immediate cerebrovascular hemorrhage.

Of course, my blood pressure always elevates around doctors. I think they call it white coat syndrome. Last week, however, when I was surrounded by white coats when I went in for my second eye surgery, I could see my blood pressure readout until they taped me up and knocked me out.

Happily, it never got above the low 120s. That, frankly, is miraculous, given my health prior to taking this compound. My flexibility and level of fitness are so improved that I plan to reward myself, as soon as my eyes have stabilized, by riding my new longboard. Because my glaucoma has gone into remission, I’m once again experiencing depth perception, which will improve my balance significantly. When I’ve mastered the standup check slide, I’ll post a video.

By the way, I realize what a radical, nearly unbelievable thing it is to say that my glaucoma has gone into remission.

Moreover, knowing that it has done so provides critical clues about anatabine citrate’s mechanism of action.

So far, we’ve learned a number of extremely important impacts of the alkaloid, such as NF-kappaB moderation and T-reg cell upregulation, but those are both consequences of the ultimate mechanism of action (MoA).

We don’t know what that is yet, but I have every confidence in the scientists who are working on this problem. They’re going to find it and publish their proofs. This matters because Big Pharma wants to understand the mechanism of action for a new therapy and is far more likely to pay more when the MoA is understood.

Skeptics remain, of course. That’s simply the way that science progresses. But anatabine citrate is making a big splash in the scientific community. A very impressive array of researchers is at work trying to understand exactly how this molecule works. I don’t only mean impressive in terms of scientific acumen, by the way. This array of world-class scientists has the highest-caliber resumes and reputations possible.

It is simply inconceivable that they would have allowed this work to go forward without saying something if there were any chicanery involved.

6 Tips for Powering Up Your Brain

Alzheimer’s dementia is one of the most heartbreaking things that can happen to a loved one. While there is no known cure for the disease yet, there are some steps that you can take to protect yourself against the disease.