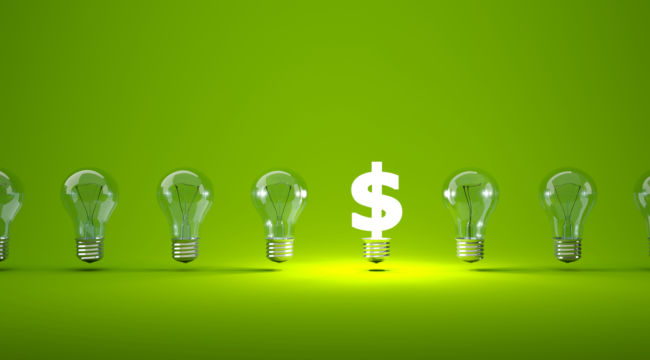 A "License to Buy Everything"

“Traders Take Fed Message as License to Buy Everything.”

Jerome Powell had his telegraph out yesterday… and wired a message of approaching rate cuts.

Federal funds futures give the odds of a July rate cut at 100%.

They further indicate three are likely by January.

And like sugar-mad 8-year olds amok in a candy store… traders are out for everything in sight.

Yesterday they drove the S&P past 3,000 for the first time. And today, freshly inspired, they sent the Dow Jones running to virgin heights.

The index crossed 27,000 this morning — timidly and briefly at first.

Comments by the president sent it temporarily slipping.

China is “letting us down,” Mr. Trump informed us.

Evidently China has not purchased satisfactory amounts of American agriculture — as it had agreed to at last month’s G20 summit.

And so the trade war menaces once again.

But the Dow Jones recalled Mr. Powell’s communique, rediscovered its gusto… and lit out for 27,000 once again.

And who can say they will be wrong?

The Fed does not box fairly.

It strikes beneath the belt. It bites in the clinches. It punches after the bell has rung.

Those unfortunates battling the Fed lo these many years have absorbed vast and hellful pummelings.

Justice may have been with them. But the judges were not.

“The Bears Have Been Damnably, Comedically, Infamously… Wrong”

With the displeasure of quoting ourself…

The frustrating thing about bears is that they make so much sense.

They heave forth every reason why stocks must collapse — all sound as a nut, all solid as oak.

Chapter, verse, letter, they’ll explain how the stock market is a classic bubble…

And how it has been inflated to preposterous dimensions by cheap credit.

P/E ratios haven’t been so high since the eve of the Crash of ’29, they’ll insist.

Market volatility has returned — and history shows trouble is ahead, they’ll warn.

Or that today’s sub-4% unemployment is a level historically attained only at peaks of business cycles.

And that recession invariably follows.

But despite their watertight logic and all the angels and saints…

The bears have been damnably, comedically, infamously… wrong.

Since 2009, the Dow Jones has continually thumbed a mocking nose at them.

Each point supposedly marked high tide — and each time the water rose.

But is there some hidden pipe that could suddenly rupture, some unappreciated vulnerability that could send the Dow Jones careening?

Perhaps there is. But what?

Put aside the general hazards of trade war for now.

And turn your attention to Boeing…

Boeing has made the news in recent months — as you possibly have heard.

But its battering may continue yet. Explains famous money man Bill Blain:

Boeing has just announced its H1 [first half] deliveries in 2019 are down 54%. It has only delivered 90 new aircraft this year. Yet it is producing 42 new B-737 MAX’s each month and is having to store them on airport parking lots! It isn’t getting paid for these aircraft, but it still has supply chain commitments to meet. Boeing is hemorrhaging cash to build an aircraft no one can fly…

Boeing is trying to rush deliveries of other aircraft types to buyers to make up for the B-737 MAX cash slack. But there have been problems with B-787 Dreamliners built at its state-of-the-art Charleston factory — “shoddy production and weak oversight” said The New York Times. At least one airline is said to be refusing to accept aircraft built outside Seattle. The U.S. Air Force stopped deliveries of new KC-46 tankers for a while when they found engineers had left hammers and other tools in wing and control spaces — a clear indication of “safety standards gotten too lax” said Defense News… This has massive implications for Boeing.

It may have massive implications for the stock market as well.

The Dow Jones is a price-weighted index.

Its components are weighted according to their stock price — not market capitalization or other factors.

And Boeing is the largest individual component on the Dow Jones. It presently enjoys an 11.6% weighting.

The bullet that fetches you is the bullet you don’t detect… as legend puts it.

And according to Blain,“The likely trigger for a market shock will be a ‘no-see-em.’”

He believes Boeing could be the “no-see-em” that knocks market flat:

I am concerned the market is underestimating just how bad things could go for Boeing, and when it does, the whole equity market will knee-jerk aggressively, triggering pain across all stocks… The crunch might be coming.

But perhaps Mr. Blain is chasing a phantom menace, a false bugaboo.

Scarcely a day passes that a fresh crisis-in-waiting does not invade our awareness.

Yet they all blow on by… “harmless as the murmur of brook and wind.”

We cannot argue Boeing will be different.

Yet the Lord above did not bless us with a believing or trusting nature.

Instead, we take our leaf from Mencken:

When we smell flowers… we look around for a coffin.

And as we have argued previously:

One day, however distant, there will be hell to pay.