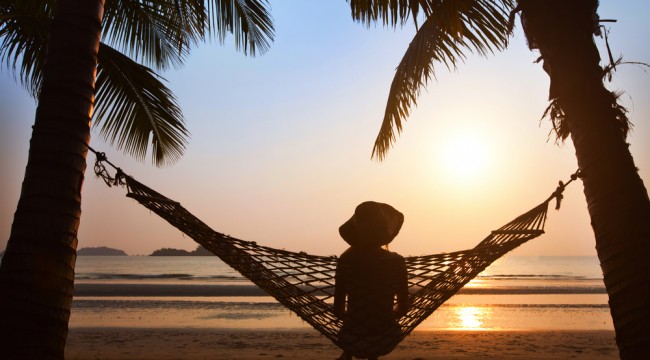 A Guide to Retiring Overseas on a Budget

In 1979, I started a little newsletter called International Living. It explored a fairly contrarian idea at the time: the idea that you could move abroad and save money as well as living a happier, richer, and even healthier life.

International Living grew out of a love of international travel and a belief that the world is alive with opportunities — for fun, personal growth, adventure, and profit. And those opportunities are closer at hand than you might imagine.

The vast majority of U.S. citizens will never obtain a passport, much less seriously consider moving to Panama…

Everybody says the world is getting smaller, but it is actually getting larger. New air routes are opening all the time. Exotic island paradises and bustling metropolitan centers on the other side of the world are easily accessible. Huge countries that were off limits only a few years ago are now open for business as well as travel.

When International Living started, we hoped to open up new possibilities for its readers. To give them new ideas about places to visit… and live. To show them ways to make their international lifestyle profitable, or at least self-supporting. To help them adjust to a rapidly changing world.

Today, some 30-odd years later, the idea of living a happier healthier life overseas for a fraction of what the same lifestyle would cost in the United States isn’t quite as contrarian as it used to be. But it’s still a little out of the box. The vast majority of U.S. citizens will never obtain a passport, much less seriously consider moving to Panama or Uruguay or Italy.

But as the economic ride in the United States gets bumpier, more people than ever are realizing that looking beyond their own shores is not just a viable option — it’s often the smartest move they can make. And this realization isn’t limited to retirees. Young people, families with children, business entrepreneurs, investors, and many others are finding better opportunities, lower startup costs, less regulation, improved health care, greater freedom, and generally lower costs of living abroad.

Two early adopters of this international lifestyle were Suzan Haskins and Dan Prescher who made their move overseas in 2001 and have been living the expat life ever since. They’ve been writing and reporting on their travels, trials, and triumphs in Latin America for more than a decade now. Their experience is unmatched when it comes to identifying the best locations and strategies for a successful move abroad.

In their book, The IL Guide to Retiring Overseas on a Budget, Suzan and Dan distill their years of experience into a well- researched manual that not only gives the reader the best potential locations to consider, but also a detailed blueprint showing how to approach, plan, and follow through on the journey.

Whatever your reason for considering a move overseas, you’ll find this book invaluable. Suzan and Dan know the road and show you the best way to reach your own destination — a happier, healthier, and more prosperous life abroad.

It’s a great journey, but there are traps and pitfalls to avoid. The IL Guide to Retiring Overseas on a Budget can serve as your trusty guide.

Ed. Note: This essay was first featured in The Daily Reckoning’s special Sunday edition – just one of the many perks of being a subscriber to The Daily Reckoning email edition. Sign up for FREE right here, and get a host of great benefits, including regular opportunities at real, actionable investment tips.