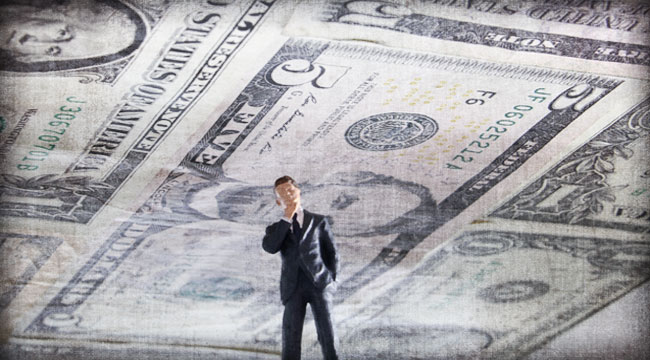 A Growing List of Lies in the Debt Ceiling Debate

On Feb. 7 the United States will once again reach its statutory debt limit, meaning it cannot legally borrow any more money. Since the obvious option of cutting spending to match the amount of revenue that the government collects is off the table for some inexplicable reason, Congress will have to pass a new, higher debt ceiling to replace current law. In the two weeks until the deadline we should be prepared for all sorts of lies, threats, and forecasts of doom if the debt ceiling is not increased.

The most common lie will be that if Congress does not rapidly pass an increase in the debt ceiling, the U.S. risks a default on its debt, leading to a worldwide financial crisis and a future in which borrowing money becomes an expensive and difficult proposition for years to come. For example, from the Treasury Department’s own website:

“Failing to increase the debt limit would have catastrophic economic consequences. It would cause the government to default on its legal obligations — an unprecedented event in American history. That would precipitate another financial crisis and threaten the jobs and savings of everyday Americans — putting the United States right back in a deep economic hole, just as the country is recovering from the recent recession.”

This is not true and will not be true no matter how long we go without the debt ceiling being raised.

First, the Constitution does not allow the U.S. to default. Second, the net debt payments are under $50 billion per month, while total government revenue is expected to average nearly $250 billion per month this year. There is enough money to pay the interest on the national debt. What will actually happen if the debt ceiling is not raised is the Treasury will use accounting gimmicks, which it can do for several months; after that, government would have to cut spending.

The Treasury has a pack of accounting tricks that will keep government operating for at least another several months. Essentially, the government uses money that is supposed to be reserved for other purposes, violating all normal standards for good financial controls. The government diverts the money it is supposed to put into the federal government and postal service employee pension accounts and also additional funds that government employees contribute monthly to government-sponsored savings plans.

The only reason we need to raise the debt limit is so we can continue to run a deficit going forward. The past is irrelevant.

These funds allow the government to run a deficit for a while without officially borrowing money. Then after the debt ceiling has been raised, the Treasury borrows lots of money and pays back the government employees, including the interest they should have earned while their money was “borrowed.”

The government most recently hit the debt ceiling in May 2013 and managed to make it until mid-October without running out of money, thanks to these accounting tricks and borrowing, which the Treasury calls extraordinary measures. This time the government may not be able to stretch things out as long because income tax refunds will increase the need for cash. Of course, the government can always delay tax refunds in order to avoid defaulting on the national debt. States have delayed tax refunds numerous times in the past to ease cash crunches, so the federal government could follow their lead.

Another threat is that financial markets will meltdown if the debt ceiling is not raised, especially if we actually reach the point of having to suspend payments on the national debt. The truth behind this lie is that U.S. Treasury debt instruments (bills, notes, and bonds) do serve an integral role in world financial markets. Banks, asset managers, and even corporations around the world often use Treasury instruments as collateral in loans or financial transactions because they are so safe and easily marketed.

While it is true that U.S. government debt serves as an important lubricant to financial transactions around the world, it is not true that the markets would cease to function if the government became temporarily unable to pay interest or even redeem the principal. For example, California issued i.o.u.’s back in 2009 when it did not have the money to pay its bills. Banks and other businesses accepted the i.o.u.’s like cash, thanks to California’s promise to make them good later with interest.

If the U.S. government issued a statement that it would pay all obligations with interest as soon as the debt ceiling was raised, banks and other holders of U.S. debt would likely wait patiently and the government debt would continue to serve as collateral just as in normal conditions. If California can get people to trust them, the U.S. government can certainly accomplish the same trick.

A final lie told by the administration about the debt ceiling is that (again from Treasury):

“The debt limit does not authorize new spending commitments. It simply allows the government to finance existing legal obligations that Congresses and presidents of both parties have made in the past.”

The government has paid for all past spending, albeit some of it with borrowed money. As explained above, the interest on the national debt represents only about 15% of federal government spending, so 85% of spending is what we are spending now, not past obligations. Raising the debt ceiling lets Congress continue to spend more than it collects in revenue.

It is that simple. The only reason we need to raise the debt limit is so we can continue to run a deficit going forward. The past is irrelevant.

Politicians like spending money. Republicans and Democrats differ in what they want to spend money on more than on their desire to spend it. Given that most of the money being spent these days is for what Democrats want (since they have the Presidency and the Senate), Republicans should stand firm in negotiating for some spending cuts or other legislative items in exchange for the debt ceiling increase.

The Keystone Pipeline might be a good place to start. Something as simple as using the chained CPI for increases in entitlements like Social Security would be another good request, especially given that President Obama supports that one (Senate Democrats do not, but with the House and the President, that one is 2-1 in favor of the change).

Whatever the Republicans do or do not negotiate before they agree to raise the debt ceiling (as they surely will), the important thing is to ignore all the threats, lies, and warnings of impending doom. Everything will be okay in the interim until the debt ceiling is raised. The sky will not fall. Life will go on. The government shutdown in October showed that the country functions just fine without parts of the government. We can survive without an increase in the debt ceiling, too. So relax and focus on your pool for the Oscars or the Super Bowl. The country and economy will be fine.

Jeffrey Dorfman
for The Daily Reckoning

Ed. Note: Think about it this way… Whenever some religious fanatic starts spouting off predictions about the end of the world, what’s your first reaction? We’d venture to guess that, at the very least, it’s one of measured skepticism. Why then would it be any different when a political fanatic makes wild predictions about financial Armageddon? Of course, it’s not any different. And regardless of what the “powers that be” decide, there will be winners and losers on both sides of the aisle. We’d like you to be one of the winners. Sign up for the FREE Laissez Faire Today email edition, and learn how to stay one step ahead of the crowd.

Jeffrey Dorfman is a professor of economics at The University of Georgia and consultant on economic issues to a variety of corporations and local governments. Taking a generally free market, libertarian perspective, he uses economics as the lens to analyze government policies from the local to the international level.