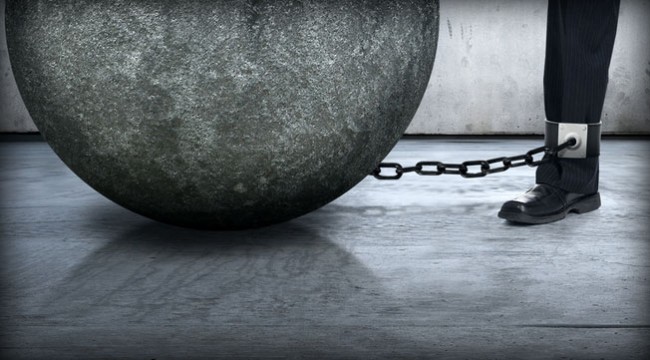 “I have a grandson who is afraid to get out of bed at night,” Mike Kelly (R-Pa.) told the besmirched former head of the IRS on Friday. “He thinks there’s someone under the bed that’s going to grab him… most Americans feel that way about the IRS.”

The scene: a House Ways and Means Committee hearing on Capitol Hill.

We happened to catch this particular piece of political theater as we were getting ready to leave our hotel in Sao Paulo for the return trip to Baltimore. Even in Brazil, the spectacle of our Internal Revenue Service targeting “tea party” groups for special consideration drew attention.

If you didn’t catch it, we’ll give the gritty details in two minutes (or less): Former acting head of the IRS Steven Miller was tied to the whipping post on Friday, and flogged endlessly by members of both parties for authorizing IRS bullying of conservative and religious activist groups.

“You know what?” Rep. Kelly gnarled, lash in hand. The IRS “can do almost anything they want to anybody they want anytime they want. This is very chilling for the American people… get a letter from you folks, or a phone call. It’s with terror that you look at it. And now this kind of reconfirms that.

“I gotta tell you, where you’re sitting, you should be outraged, but you’re not. The American people,” he pressed on, speaking for a whole nation as only politicians seem to be able to channel the will to do, “should be outraged, and they are…

“This is a huge blow to the faith and trust that the American people have in their government.”
At this point, we thought he might snicker himself at the absurdity of what he was saying. But onward he crept.

“Is there any limit to the scope of where you folks can go?… This committee has nothing to do with political parties. It has to do with highly targeted groups. This reconfirms everything that the American public believes.”

Less than provoking laughter, Kelly’s tirade did something we can only imagine happens as rarely as the genuine “glee” of a professional streetwalker; it drew applause from the cheap seats.

While we were in Sao Paulo, we met with a group of gentleman who’d several years ago launched a newsletter on the “Agora model” because there were no such letters in the market. After five years of writing, editing, publishing and marketing the letter, they closed up shop.

“You have no idea how expensive and difficult it is to run a business in Brazil,” Fernando, one of the gentleman suggested. “It takes 3,000 man-hours just to comply with tax filings here.” He referred to Brazil as “the France of South America”. Bureaucrats, tax lawyers, social charges and unions abound. (Lucky for us, we’re engaged in businesses in both countries!)

“What do you have to complain about?” Fernando asked referring to the IRS hearings? “Americans take their tax authorities so seriously. Of course, their motives are political! Why would you think otherwise?!”

We republish Rep. Kelly’s reproach less because it provided entertainment while we prepared for the 12-hour journey back home. Rather, we would like to know the answer to his unspoken question: From under which fetid igneous formation did these IRS slugs slither?

Who gives their lives to shaking down fellow citizens to fund political objectives they don’t share? All the while patting themselves on the back for what an efficient “voluntary” tax system we Americans enjoy.

“Moderate libertarianism may be capturing the fancy of an overtaxed,” Ralph Benko wrote in Forbes.com this morning, “fed-up-with-debt-fueled grandiose government, war-weary, live-and-let-live Republican base and American people.”

Our good friend Ralph Benko has always had a much higher faith in the political process than we do. With all due respect to Ralph’s intent, we should note he gives much of the credit for the rise of moderate libertarianism to the junior senator from Kentucky, Rand Paul.

“We didn’t arrive into this ‘Grandiose Government’ pickle absolutely positively overnight. Sen. Paul and others seek to lead us on the path out and to safety. It will make their job easier if we better understood how we ended up in this gutter in the first place. The road toward serfdom was a long and winding one.”

The American story is lousy with stories of the struggle between the political class and the innovators and wealth creators who actually built the nation. We suspect the political farce over what motives the IRS had in being heavy handed with “conservative” groups will make an interesting footnote in that history. But not necessarily rise to the level of game changer.

How new tax laws can benefit retirement plans for self employed individuals and business owners.