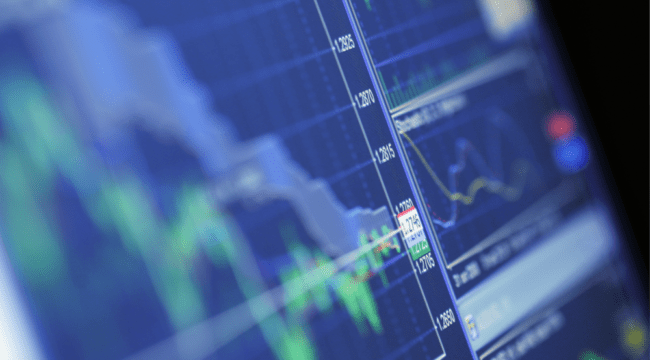 A Global Liquidity Crisis Is Underway

I’ve been analyzing currency wars for years. In fact, I’ve written a book called Currency Wars, so I have some expertise in the subject.

A new front in the currency wars is emerging, but it has not yet erupted into blatant currency manipulation. That will probably come in early 2022.

First, we’ll likely pass through a major market disruption that will force the dollar significantly higher against other major currencies. When that disruption becomes acute and the strong dollar becomes painful for U.S. exports and export-related jobs, the U.S. Treasury will take steps to weaken the dollar.

Let’s unpack that forecast a bit.

The world has been in a currency war since 2010. That’s when then-President Obama set out to weaken the dollar in order to provide stimulus to the U.S. economy in the aftermath of the 2007-2008 global financial crisis.

The White House and the Treasury knew a weaker dollar would hurt growth in Europe and Japan, but it didn’t matter. The U.S. is the largest economy in the world. If the U.S. goes into recession, it takes the rest of the world with it.

The mission of weakening the dollar was critical to avoid another U.S. recession so soon after the 2007 – 2009 recession. Europe would have to suffer so that the U.S. and the world did not suffer more.

Truce in the Currency Wars

The policy worked. The U.S. dollar hit an all-time low on the Fed’s broad trade-weighted index in August 2011. Not surprisingly, this coincided with gold hitting a then all-time high. The euro surged, and the U.S. economy got the boost it needed.

Thereafter, the U.S. passed the canteen to Europe and allowed the dollar to strengthen. The euro sank to $1.05 by October 2016. The U.S. felt that its economy was strong enough to endure a strong dollar even as it allowed the euro to sink in order to give the eurozone economies a boost.

Since then, the EUR/USD cross-rate has traded in a fairly narrow range. On July 1, 2017, the euro was $1.18, almost exactly where it is today, four years later.

The point is that currency wars do not involve constant fighting in the form of cross-rate volatility or extreme valuations. There are relatively quiet periods, which can be prolonged.

Still, as long as the basic conditions that cause currency wars remain (too much debt and not enough growth), there is always the potential for a new eruption of fighting as one economy or another tries to boost growth by cheapening its currency against those of major trading partners.

There are two parts to the answer…

The first is that the White House and the U.S. Treasury do not understand just how weak the U.S. economy is at the moment. The 6.5% Q2 GDP number was below expectations, but it was even worse than it appears.

The Federal Reserve Bank of Atlanta GDPNow tracker went from 13% in April to 7.5% in June. The actual number came in at 6.5%. This means growth weakened considerably over the course of the quarter. It also means that if growth was stronger in April and May, and the full quarter was 6.5%, then June must have been well below 6.5%.

The result is that Q3 is off to a weak start.

In addition, there were some troubling data in the fine print that comes along with the headline GDP number. Imports were healthy because Americans have been on a buying binge using government handout checks.

But exports were weak, a reflection that the rest of the world is not doing nearly as well as the U.S. Simply put, foreigners are not buying our goods because they’re in bad shape themselves.

Most dramatically, personal income fell 30% on an annualized basis. Private income has been flat for eight months going back to October 2020. The forecast is even more dire because one-by-one the government subsidies are running out.

Expanded unemployment benefits are mostly done. The rent eviction moratorium has been extended for 90 days even though it’s been found unconstitutional. But its days are numbered.

Meanwhile, the Payroll Protection Plan loans are over. No additional checks are going to be mass-mailed.

With government handouts mostly over, private income stagnant, and exports falling, it’s not clear what will drive GDP growth at all in the second half of 2021.

Joe Biden and Janet Yellen will get the message about the weak economy by November of this year, when the third-quarter GDP and several more months of inflation and employment data make it clear.

By then, it will be too late to stop the economic slide. The 2022 midterm elections will be less than a year away. The White House will panic and turn to the Treasury for measures to weaken the U.S. dollar.

That explains why the dollar will get weaker going into 2022. But what explains a stronger dollar in the meantime?

A Global Liquidity Crisis Is Underway

The answer is that a global liquidity crisis is now underway. Crises of this type do not emerge overnight. They often take a year or more to grow behind the curtain before both markets and the general public are fully aware of the gravity of the situation.

Here are some of the specific warning signs of global financial distress:

It’s impossible to predict exactly when a global liquidity crisis will hit the headlines if it even becomes that acute. But these trends have been growing stronger since March, indicating that pressures are building and a crisis may emerge as early as this October.

What is certain is that if a crisis emerges, the dollar (and gold) will strengthen in response to a global rush to safety.