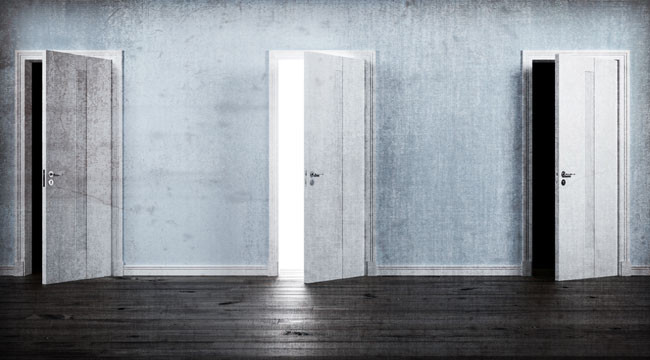 A Glimpse of the Future, Part II

Yesterday we sketched a brief scene of possible recession by next year — in time for the 2020 presidential election.

Today we complete our portrait… tack it to the wall… and lean in for a deeper look.

The president will certainly pin his reelection prospects upon a pulsating economy and an electric stock market.

That is, No.1 recognizes his path to victory runs through America’s wallets.

Hence his public slatings of Mr. Jerome Powell and his (previous) rate hikes.

A recession would almost certainly sink him next November.

The opposition party seizes the White House on each occasion when election season coincides with recession.

And as we have documented, worrying economic portents cloud the horizon… and gather momentum.

Trump will likely be heaved from office.

In would come a tribune of the people, denouncing not only the outgoing president — but the rampant inequality of the existing system.

It has enriched the 1% lo these many years, while every man Jack has scratched by on the leavings.

There is certainly a touch of justice in this view. The existing arrangement leans heavily toward Wall Street… and “the rich.”

Meantime, real wages for most Americans have scarcely improved for decades — if not actually fallen.

But having correctly diagnosed the sickness, you can be assured of one cardinal fact:

They will prescribe the wrong cure.

It will be as if a man enters the hospital with a bellyache… and they amputate his leg.

Or he complains of chest pains — and he is placed in a traction.

Is it coincidence that Modern Monetary Theory (MMT) is receiving a hearing these days in Democratic circles?

It pledges to fund Medicare for all, free college tuition, guaranteed employment — at a $15-per-hour minimum, no less — and a Green New Deal to rescue Earth from man.

And do not worry about paying for it.

To save the planet and fix historical inequities… we must change the way we approach the federal budget. We must give up our obsession with trying to “pay for” everything with new revenue or spending cuts…

We need a mass mobilization of people and resources, something not unlike the U.S. involvement in World War II or the Apollo moon missions — but even bigger. We must transform our energy system, transportation, housing, agriculture and more.

And the bright red fruit atop the sundae:

All this can be ours without raising taxes to kingdom come. Salvation comes by way of the printing press.

Once we understand that money is a legal and social tool, no longer beholden to the false scarcity of the gold standard, we can focus on what matters most: the best use of natural and human resources to meet current social needs and to sustainably increase our productive capacity to improve living standards to future generations.

An Honest Fool Is Better Than a Lying Fool

Here we have the immemorial promise of the crank, the pitchman, the confidence man:

Milk from water, honey from straw, gold from lead… something from nothing.

And we might remind the MMT wind section that the gold standard of the late 19th century witnessed one of the greatest economic and technological flourishings known to man.

But they share one cardinal virtue, refreshingly charming — they believe the music issuing from their own instruments.

Who wouldn’t prefer an honest fool to a lying fool?

A lying fool doesn’t even qualify as a fool. You’d be the fool for believing him.

But during the next major recession — depend on it — we will be treated to overheaping doses of fools, liars, frauds, mountebanks, swindlers, sharpers and chiselers.

They will batter our ears with beautiful wind music about MMT, Medicare for All, free college and the remainder of the program.

And more grist for the gods’ mill.

Not to be outdone, the Federal Reserve will have its own lunatic solutions to haul us out of recession…

Of late it has been raising chirps about negative interest rates and permanent quantitative easing.

Why such talk in an allegedly strong economy?

Now our agents inform us former chair Janet Yellen is out stumping for her former employer:

In September 2016 she perhaps let the feline out of the bag. She suggested the Federal Reserve could help the economy if it were allowed to purchase stocks and corporate bonds.

Central banks such as the Bank of Japan and the Swiss National Bank already purchase stocks.

But neither carries the heft of the Federal Reserve.

Here is analyst Jesse Colombo of Real Investment Guidance regarding that type of “help”:

If the Federal Reserve is ever allowed to buy stocks and corporate bonds, it will create an extremely dangerous situation in which investors, speculators and business leaders will feel that they can take virtually unlimited risk and will still be backed by the Fed. This phenomenon is known as a moral hazard… The Fed has already created an unprecedented moral hazard by stepping in to prop up the stock market every time it has tumbled in the past decade… If the Fed can buy stocks and corporate bonds, it will compound moral hazard on top of more moral hazard… The result will likely be a stock market bubble that is more extreme and dangerous than any other stock market bubble in history.

Some of it — or most of it — could be just one recession away.