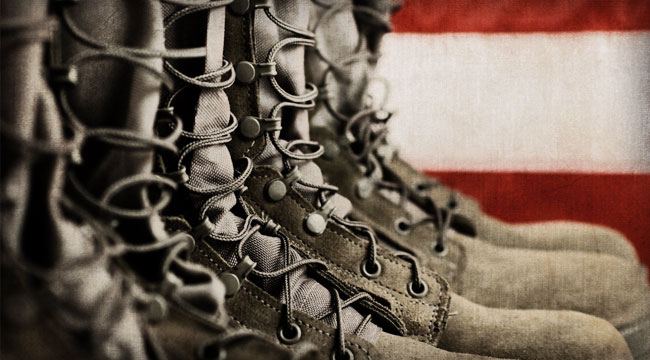 A Federal Program that Could Turn Your Town into a Warzone

Password security firm Thycotic visited the recent Black Hat conference for hackers. While there, they conducted a survey.

The results? In short, hackers believe they’re above the law.

Eighty-six percent of them, for example, believe they’ll never get caught.

What else? “For one,” CNET writes, “hackers’ impulses don’t appear to be financially motivated. More than half of those surveyed said their actions were driven by fun or thrill seeking, while only 18% were after money and 1% wanted notoriety. 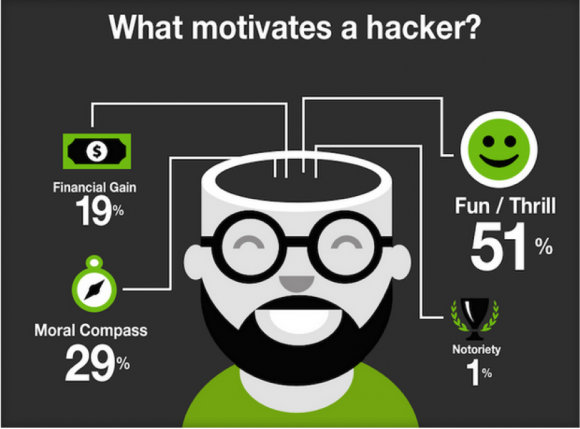 Also, as you can see above, “Twenty-nine percent of the hackers interviewed identified themselves as hacktivists that were interested in exposing the truth.”

Such as those who breached the St. Louis County Police computers to publish dispatch tapes dealing with the shooting of Michael Brown. According to The Washington Post, one hacker, an apparent 14-year-old nicknamed Pharaoh, retrieved the names, addresses, and Social Security numbers of Ferguson’s police department.

We bring this up for a reason…

No matter what a hacker’s motive is, your private information, if left unprotected, is only a few clicks away. The Internet, with all its advantages, is still the Wild Wild West. And nobody is 100% safe.

And who else thinks they’re above the law? Why, the police, of course.

You know, in light of this whole situation… 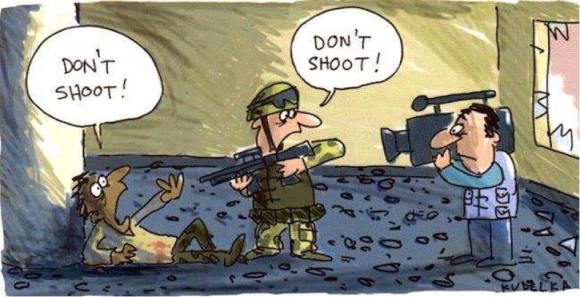 Now that the media sensationalism has died down a bit, and the dust has settled, let’s talk about it.

One important debate, normally left for the “fringes” did come out of the incident in Ferguson.

Never heard of it? Until Ferguson, Missouri blew up, neither had the rest of the country.

The 1033 Program is a Department of Defense initiative that began in 1990. It channels surplus military equipment to state and local police departments.

It’s why your hometown police are wearing jackboots and camo and carrying warzone weaponry.

“Police in these small police departments, they go to their chief and say, ‘Look, the Pentagon’s going to give away this equipment,” Tim Lynch of the Cato Institute tells The Wire blog. “If we don’t grab it now, the next county will. We need it just in case. No police chief will say no, so they acquire it and put it in a warehouse so most people, even people in the city council, aren’t aware of it.”

“Since 2006,” the National Journal reports, “the Pentagon has distributed 432 mine-resistant armored vehicles to local police departments. It has also doled out more than 400 other armored vehicles, 500 aircraft, and 93,000 assault rifles.”

This is despite, the Journal says, violent crimes steadily plummeting since 1993 in the US. “Between 1993-2012, the violent-crime rate dropped by nearly 50%.”

You wouldn’t think it watching TV.

On the boob tube, we see black-garbed police in riot gear knocking the heads of nonviolent protestors with batons. We see young families cowering in fear while SWAT teams kick in their door and shoot the family dog.

We see a young Marine arrested and held against his will in a psych ward for posting politically incorrect songs and comments on his Facebook page. We see farmers who are raided and their equipment destroyed because they gave some friends unpasteurized goat milk.

P.S. What can you do? Lots. And I’ll be covering several ways to take control of your privacy in future issues of my FREE Laissez Faire Today e-letter. In the meantime, I’ve prepared a free privacy report exclusively for my Laissez Faire Today readers which details a handful of ways you can secure your privacy right now. Sign up for FREE, right here, for your chance to access this report for yourself.

The increasing vulnerability of markets to financial warfare, and why now is the time to protect your money against it…