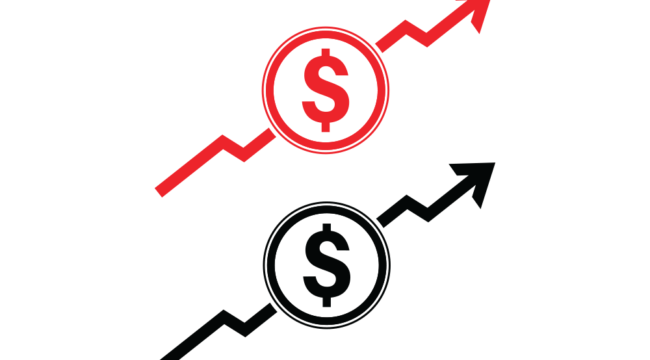 In retrospect, all economic events seem inevitable. The cause and effect become obvious. You can look back and easily see the policy disasters. It is always easy to predict backward in time.

But there are certain things you can know in advance. For example, if you shut down an economy by force, you will wreck investor confidence in the future. We’ll get to that in a moment. For now, let’s talk about wholesale prices and inflation.

A law of economics says: All else equal, with no change in velocity and productivity, more money pumped into the economy will lead to higher prices.

Real-world conditions can vary, but when monetary aggregates of every sort show hockey stick-like patterns, you can be pretty sure the inflation is going to rock up at some point.

We’ve known this for the better part of a hundred of years. And we’ve known for a year and a half that we would likely see inflation in this country without precedent in our lifetimes.

I’ve been reporting on component parts rising 40–200% over the last six months. These extreme cases get filtered out in the indexing process, making it all seem less severe. From the individual producer point of view, we are dealing with near-emergency situations.

These price increases in components and materials can be absorbed for a few months but not over the long haul. They devour profitability like a fast-moving cancer. Combine that with labor shortages and you have major problems.

Wages keep being bid up, faster and faster, but still not in a way that increases the purchasing power of the money workers receive. That’s because consumer prices are chasing the producer prices very closely behind.

The trajectory here is striking. This is not a stable rate of high increase. It is an increasing rate of high increase. Forecast this out over six months, compounded, and you are looking at something truly horrific. Already these are the largest increases in wholesale prices on record. But keep in mind that this is getting worse.

Worried yet? If not, let’s take another look. Consider the 108-year chart, which is built of very reliable data. Set the 1982 dollar at 0 and consider the year-to-year percentage change in the Producer Price Index.

Sit down. Be prepared to cover your eyes:

They unleashed this hell and now they are saying that they will fix it.

It is about as likely that the Fed can fix inflation as it is that the CDC will fix a virus. Whatever they do will cause even more harm. So let’s ask the question: What can they actually do? Raise rates thus tanking the economy quickly into a depression, in times of inflation. Inflationary depression: It’s already here and worse than the 1970s.

They can stop their bond purchases, which throws all this grotesque debt to the private sector. The banks will likely bail if they begin to doubt the presence of the Fed as the last-resort buyer.

This will do nothing to curb present inflationary pressure; that only addresses the problem in the future. I simply do not believe that there is any taste in D.C. now for doing what Reagan did in 1981: tolerate a downturn on the promise of a future upturn.

As bad as all this news is, and as grim as the trends look, there are even worse things happening right now. Business investment has taken a downturn not only in the U.S., but in all OECD countries. The data mavens cannot figure out why.

They look at the world opening post-pandemic and cannot fathom why companies large and small are unwilling to commit to capital investment over the long term.

The blindness on this point speaks to the problem with digging through numbers alone to provide the answers. The real reason is, for lack of a better term, psychological. The belief in the stability of institutions has been shattered due to lockdown.

Governments all over the world have for two years given a big “F You” to the private sector. They have shut them down, masked their workers, jabbed them silly and otherwise abused private property for their own ruling-class fantasies.

A Scene Straight out of a Dystopian Movie

I spent last week in the nation’s capital doing interviews and meetings. It was productive. But it was also shocking in many ways, starting with prices. Just getting across town breaks the bank. I paid $40 to get from Foggy Bottom to Union Station in an Uber. I swear this trip used to be about $7.

The labor shortages have profoundly affected the transportation sector in cities. Cabs are actually few and far between in D.C, simply because 1) so many people among the driving class have left the city, 2) many have abandoned cabs for Ubers and 3) many workers are just too demoralized to bother.

Another thing I noticed was very troubling. I looked around the airport and saw multitudes of masked people shuffling along with their heads down, arriving early in case of flight troubles and lines, and so not rushing anywhere. The shops were mostly empty. Passengers sat in bars swilling liquor even at early hours.

The rest of the travellers were sitting with their masks, not talking to their neighbors (how can you with masks?) but instead staring at their phones, clicking from app to app and vaguely texting with friends who were not there. It was a dreary scene straight out of a dystopian movie.

After all of this, is there really any wonder why there is reluctance to invest?

There is regime uncertainty out there today. No one knows what is next. Long-term capital investment requires a stable legal environment, not an arbitrary bio-fascist dictatorship. One is exclusive of the other. I suspect it could take 10 or 50 years to repair the economic damage of the last two years. That media prognosticators look at this trend with confusion speaks volumes.

Another striking point that this makes: There has been a huge decoupling taking place between real business investment and the stock market. I am going to assume that stocks will perform well throughout this inflationary period.

When I say “perform well” I mean that they will keep track with inflation, not rise much in real terms. That says nothing about the long-term hopes for a restoration of prosperity.

Bad times are here, my friends, and it is going to get much worse. Will we learn? It’s happening, but too slowly to find a reliable fix.

The ruling class is unwilling even to admit what they have done much less fix it anytime soon.