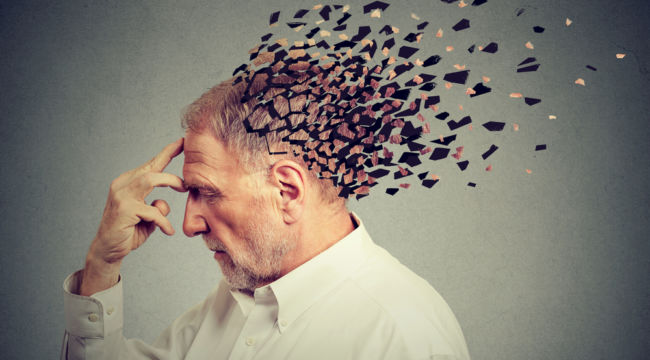 What are we afraid of? In recent weeks, I have been travelling around the globe and observing the rapid emptying of airports.

Does this mean that most people are in a panic over a new form of highly infectious flu?

It called to mind my studies long ago with the great economist and game theorist Thomas Schelling, who won the Nobel Prize in economics in 2005 mostly for his theories of “micromotives and macrobehavior.”

His book by that title showed that such phenomena as empty airports or traffic-jammed freeways or even segregated communities could reflect only the slightest changes in mindset.

“Though a society can resist epidemics of physical disease,” as I paraphrase philosopher-psychologist Karl Jung in Wealth & Poverty…

“It is defenseless against diseases of the mind. Against ‘psychic epidemics’ our laws and medicines and great factories and fortunes are virtually helpless.”

Before my weekend break, my publisher interviewed me on the impact of the coronavirus.

I also have views on women that are too salacious to divulge at my age.

I share with most other commentators a lack of any relevant expertise or knowledge on the subject of the virus.

I suppose that under duress I could tell you the difference between bacteria and viruses. I am not altogether clear why a virus is harder for the immune system to combat, though I suppose it has something to do with the virus hitchhiking on other cells, using its Trojan horse strategy.

You get the picture, an ignoramus with the usual smattering of conventional knowledge — what the great Spanish philosopher José Ortega y Gasset called a “barbarian of specialization.”

I parlay my knowledge of certain particular fields into opinions on subjects on which I know little.

The barbarians are invading everywhere these days, using their confidence as actors, or microchip experts, or lawyers, or doctors of philosophy, or politicians to express confident opinions on subjects they know nothing about, such as God or CV-19.

I have a brilliant daughter who is a physician at a refugee camp in Thailand and may be in charge of its response. She believes anti-malarial drugs may be effective. I have a son who works for American Airlines and a daughter-in-law who works for JetBlue.

They can comment on the impact on the travel industry. It is understandably dire, but air travel is not going to go away.

I’ve had the flu from time to time and I’ve been to China, Italy and London.

What I do know something about is capitalism and markets. The barbarians today seem to believe that a crisis is abnormal in a capitalist economy and requires major government intervention to address.

This is an advantage for all of you who know that capitalism, in Nassim Taleb’s coinage, is “anti-fragile.” It gets stronger under pressure.

A crisis is a buying opportunity. It also is a learning process. Since real economic growth is learning, you can learn as you buy. Crises tend to accelerate long-term growth.

As Andy Kessler observes in The Wall Street Journal, crises like this are also inflection points.

“The current market turmoil tells me a new era is breaking, so question everything. Will cable, energy, mobile and social media ever come back? And if not, what’s next?”

I’m involved with a number of biotech companies started by my young genius pal Matt Scholz.

He has many interesting views on the crisis and one of his companies may have already developed a vaccine. And so have various rivals. But the issue is how quickly vaccines can be produced in volume. I think I heard something like a year.

As an alternative, Matt points to existing anti-malarial drugs, which have been shown to mitigate the effects of the virus:

If I were running the country, I’d squeeze a big pharma and pay them to make tons of this stuff tomorrow. Then I’d start giving it to every geriatric person who can safely take it if they have been anywhere near a SARS-CoV-2-positive person as post-exposure prophylaxis!

After that, I’d start giving it to younger patients who test positive and have worsening symptoms. It’s admittedly a bit of a swing for the fences, but small-molecule drug manufacturing is scalable and cheap — health care providers and critical care infrastructure are neither. Even with a modest effect size, keeping the most vulnerable patients healthy could be life or death for the health care system itself. It would also allow younger people to get back to work without undue risk and give us a shot at preventing an economic catastrophe of epic proportions. We already know these drugs are well-tolerated; we’ve given them to healthy travelers on their way to malaria-endemic regions for decades.

It’s true that we don’t yet have proper large double-blind placebo-controlled trials proving they work for this purpose, but by the time we do, we’ll have lost many thousands of lives and billions of dollars.

That’s the problem — not developing solutions but mobilizing to manufacture them in a country that the climate cranks, weather bores and chemophobes have rendered direly hostile to manufacturing and chemical companies.

Also, the problem is the health care burden on infrastructure.

Paraphrasing Anton Waldman, giving numbers to a previous judgment from contrarian John Tamny at Forbes, we’re sacrificing trillions of dollars of wealth and income in order to avoid a few billions of dollars on new hospital facilities.

Wealth is actually knowledge, which is the answer to this crisis. And knowledge can accelerate during a crisis.

Technology, for example, rapidly accelerates during wartime. You might not want to, but just look at the atomic bomb.

This crisis will provide many opportunities to invest in the future. Remember, the Chinese character for crisis supposedly consists of danger and opportunity.

Today, under our perpetually growing government and bloated system of finance, we couldn’t imagine any economic solution for recovering from WWII other than more money manipulation to make it worse.

In our current economic morass, we appear hapless to recover from a dip in markets at all-time highs.

Under my theory, money is time made tangible. True prices are not the nominal paper printed by central banks but the number of hours it takes to earn the money to buy something.

When the Fed cranks out more money without a commensurate increase in production, it takes more time to buy the same goods.

In my book Life After Google, I show that the gold standard was essentially created by Isaac Newton in the early 18th century when he was master of the mint in Britain and when his alchemy proved that gold was “unhackable” from inferior metals.

It still is. And a return to a gold standard would replace the phony, debt-addicted system that’s currently breaking down before our eyes.