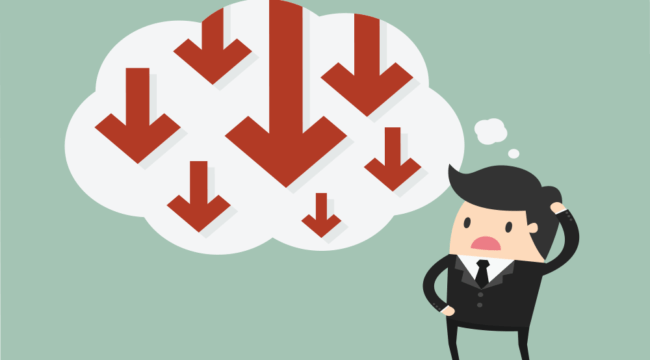 “A Disaster-Like Scenario for Stocks Unfolding in Slow Motion”

It is the ides of December.

Seers have been poring over the entrails of birds… scanning the heavens for astronomical indications… and reading leaves of tea… in search of portents.

The Federal Reserve’s comically titled “Open Market Committee” has been huddled in somber conference these past two days.

And today it would announce its intentions. Yet it hangs from the hooks of a gorgeous dilemma…

Inflation is galloping away at its highest rate in 40 years — 6.8% — officially.

The Federal Reserve has stowed the word “transitory” as it relates to inflation.

At the going pace, Wharton Business School number-grinders estimate inflation will plunder $3,500 from the average American household this year.

Yet according to Mr. John Williams and his ShadowStats, inflation goes at a rate far higher than officials concede.

You must then multiply inflation’s thieving to arrive at a truer figure. You find the heist will seize much more than $3,500 from the average American household.

Thus the angels sob for the poorer among us. Inflation is backing them into a corner that is very, very tight.

They must now gutter along on even less, their dollars burning away in wallets already lean.

Yet even the official inflation numbers have the Federal Reserve in a horrible sweat.

Would it signal today it is ready to get water on the inflationary brush fires… before they fuel an inferno?

Damned One Way or the Other

You are aware naturally of the Federal Reserve’s conundrum.

Absent a continual pumping in… gravity works its wicked will… and the thing comes back down to solid earth… where it comes to grief.

1) Let things go and inflation could burn on through the dollar.

2) Call a halt to things and watch gravity work its wicked will.

That is, damned if the Federal Reserve does, and damned if it does not.

Powell Does, or Will Do

Would Jerome Powell do today — or not do?

He did. More accurately, he signaled that he will do. At 2 p.m. Eastern, word came down…

Mr. Powell and his mates held rates even. Yet they telegraphed as many as three hikings next year, beginning in March.

They will also calibrate the kerosene pumps to a lower setting. The stuff will still come in, but with much less ferocity.

The Fed will be buying $60 billion of bonds each month starting January, half the level prior to the November taper and $30 billion less than it had been buying in December. The Fed was tapering by $15 billion a month in November, doubled that in December, then will accelerate the reduction further come 2022.

After that wraps up, in late winter or early spring, the central bank expects to start raising interest rates, which were held steady at this week’s meeting. Projections released Wednesday indicate that Fed officials see as many as three rate hikes coming in 2022, with two in the following year and two more in 2024.

The Stock Market Does the Expected

The major averages wallowed much of the day in red numbers. But when the Federal Reserve mumbled its announcement, they took a good jump.

The Dow Jones was soon up and away 200 points. It closed trading 383 points up and away in all.

Why did the stock market leap this afternoon? Because the Federal Reserve provided certainty, argues Mr. Jim Caron — chief strategist with Morgan Stanley:

Now I have seen how high rates are going and how fast it’s going to happen. The uncertainty is removed from the market. From an equity perspective, now they just have to focus on earnings, margins and growth. It’s kind of a sigh of relief to the equities market who thought it might be much more aggressive. It’s kind of what we were thinking anyway.

Just so. Yet is this certainty… or the mere illusion of certainty? Should equities truly prefer a focus on earnings, margins and growth?

By certain metrics stocks are second-most costly in history, lagging only the year 1999–2000.

Today’s stock market drummers assure us that today’s low interest rates have warranted these Himalayan valuations. They tell us stocks are not nearly so costly as valuations indicate.

Yet what if interest rates go jumping? Will today’s obscene valuations find justification in the facts?

We are not the least bit confident they can. We hazard they are in for a severe letting down.

“A Disaster-Like Scenario for Stocks Unfolding in Slow Motion”

Today’s impossible valuations can only be justified by the prospects of double-digit economic growth.

Yet we do not expect the economy and corporate earnings to grow at double-digit rates for years.

Especially, that is, if the Federal Reserve is pulling in its oars and clamping financial conditions.

We must consider the message of the bond market…

A Faint Signal, but a Signal

The Federal Reserve has distorted the bond market beyond all reasonable semblance. This market’s signals are not nearly as true as they once were.

Yet if you work your way through the Federal Reserve’s jamming, if you penetrate its fogs and statics, you can still discern a faint signal.

And the bond market is signaling leaner economic times to come.

Again: The signal may have lost much in the way of fidelity, yet it can still be wrung from the Federal Reserve’s bedlam of interference.

And it is telegraphing that double-digit economic growth is not in prospect. We must conclude today’s stock market valuations are preposterous.

We further conclude a great recalibration is ahead. Mr. Michael Kramer, in reminder:

Here is our prediction, clad in iron and as sure as sugar:

The Federal Reserve will raise its rates and throttle back its quantitative easing. Sometime next year the stock market will yell blue murder and threaten collapse if Mr. Powell insists upon sticking on.

He will relent. He will yield to the Wall Street paymasters in whose pockets he sits.

He will resume slashing interest rates and inflating the balance sheet. This he did late in 2019 confronting these very circumstances.

He will do it again — depend on it.