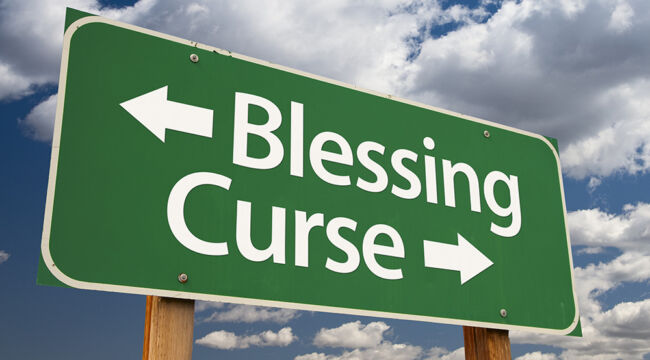 Friends sometimes offer the old saying “May you live in interesting times.” After taking a beat, they quickly add, “That’s not a blessing, it’s a curse.”

Of course, it’s not intended as either; it’s an ironic take on the news of the day. However intended, it’s certainly true. We are living in most interesting times.

And that’s a challenge for investors. On the one hand, we can recite good news such as positive economic growth, low unemployment, low interest rates, strong gains in home prices, a strong dollar and declining new cases in the pandemic.

On the other hand, we can offer a litany of bad news, including the U.S. humiliation in Afghanistan, an out-of-control U.S. southern border, declining labor force participation, a market meltdown and slowing growth in China and increased tensions with Iran, North Korea and Russia.

Stocks have reached new highs in many markets, especially the United States, it’s true. However, these high levels are based on exaggerated expectations of future growth. In fact, the economy of the U.S. is slowing rapidly, and the slowdown is even more clear in China.

We could easily expand both the good-news and bad-news lists. That’s the point.

Is the Sky Falling or Not?

Most analysts pick sides and beat the drum shouting either that it’s all good or the sky is falling. Investors can’t be blamed for being confused at best or deeply frustrated at worst. “Which is it?” they ask.

Obviously if the good-news case were the prevailing trend, investing would be easy. You’d buy stocks, real estate and corporate bonds, use leverage and sit back and enjoy the ride.

Likewise, if the bad-news case were the prevailing trend, investing would also be easy. You’d buy Treasury notes and gold, lighten up on stocks, reduce leverage and increase your allocation to cash. Then you would wait out the storm and come back into the market to pick up bargains when the smoke clears.

Of course, investing is never that easy. You have to take the data as it comes and put it into a broader context. It’s not good enough just to pick sides in the growth-versus-slowdown debate and shout your opinions into the nearest microphone. That approach is for amateurs and TV talking heads.

The more rigorous approach is to ask why conflicting data appears, ask what the data is really saying and most importantly put all the data into a single dynamic model to determine which trend will prevail in the intermediate-to-long-term time frame that investors really care about.

Let’s consider some of the bad news…

The humiliation of the United States in August 2021 was nearly complete. We surrendered in Afghanistan, stranded U.S. citizens behind enemy lines, handed over $90 billion worth of high-tech weapons to terrorists and most tragically lost 13 Marines, soldiers and sailors, dead to a terrorist attack that we should have seen coming.

The incompetent blunders of U.S. leadership were even worse than that sketch. We closed a secure air base (Bagram) while relying on an insecure airport too close to Kabul to control. We extricated the military first and left civilians behind when any novice knows you get the civilians out first and the military last.

Following the Afghanistan fiasco, it was reported that four-star Gen. Mark Milley, chairman of the Joint Chiefs of Staff, essentially committed treason just prior to the 2020 election and again after the Jan. 6, 2021, riot in the Capitol. That’s a strong term, I realize.

But he did this by undermining the chain of command and warning the Chinese Communist leadership that the U.S. would not attack. He also said he would give the Communists advance warning if we did. That’s not his job.

Can things get any worse? Unfortunately, yes.

Enemies of the U.S. are on the march…

China is threatening to invade Taiwan and is sending fighter jets through Taiwanese airspace (nearly 150 planes over the past four days, according to reports).

Russia has completed the Nord Stream 2 pipeline to Germany and now has Western Europe totally at its mercy through the control of natural gas supplies. North Korea has tested new long-range cruise missiles for the first time, which can easily be fitted with nuclear warheads, which North Korea is also working on.

Unlike long-range ballistic missiles, cruise missiles are highly maneuverable and can go through mountain passes and densely populated cities to reach their targets. These missiles are also potent against vessels at sea, which makes U.S. sea power less effective at deterring further North Korean actions.

Aristotle said nature abhors a vacuum. As applied to politics, this means that when a power is weak or absent, other powers will rush in to fill the void. Right now, there is no functioning president in the Oval Office, and the U.S. is perceived as weak.

Russia, China, North Korea, Iran and others are rushing in to fill the void.

Aristotle was right, at least in the political realm. It will take the U.S. years, possibly decades, to recover from the debacle of August 2021 and the collapse of American prestige. All of these geopolitical events combine to undermine confidence in U.S. power.

When that happens, a loss of confidence in the U.S. dollar is not far behind. But we’re not there quite yet…

It may seem counterintuitive given geopolitical developments, soaring deficits and out-of-control spending, but the dollar has been strengthening. Why?

The answer is that the U.S. dollar is more than just a national currency. It’s the global reserve currency. It’s used worldwide for trade, investment and payments, and it is created outside the U.S. in the form of eurodollars by U.S. and foreign banks operating in London, Frankfurt and Tokyo, among other money centers.

In short, the dollar has a life of its own independent of the Federal Reserve, the White House and the U.S. Congress. It’s the lifeblood of the international monetary system regardless of whether U.S. policymakers are reckless in fiscal and monetary policy or not.

Banks need dollars to buy Treasury bills to pledge as collateral and keep the system afloat whether U.S. domestic policies are sound or not.

How will the paradox of profligate fiscal and monetary policy by the U.S. and increased demand for U.S. dollars by international banks be resolved?

In the short run, the paradox will not be resolved.

Enjoy It While It Lasts

I expect continued record deficits from the U.S. Congress and continued demand for dollars by highly leveraged international banks.

Still, that condition is nonsustainable. Possible remedies include a new dose of fiscal responsibility in Congress (unlikely before 2023 if ever), direct Treasury intervention in foreign exchange markets to weaken the dollar (unlikely until it’s too late) or a global financial crisis that leads to major reforms in the international monetary system, possibly including a new Bretton Woods-style agreement (quite possible).

That kind of collapse followed by reform is the most likely outcome. It’ll happen because policymakers will have no other choice. No central banker would ever willingly choose to go back on a gold standard. They would only do it as a last resort to restore confidence in the system.

We’re probably in for some very interesting times. Are you prepared?