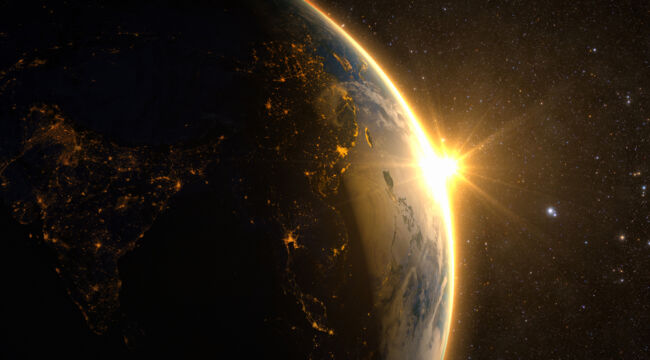 The era of waste, fraud and living on borrowed money is dying, and those who’ve known no other way of living are mourning its passing.

We know this in our bones, but we fear the future because we know no other arrangement other than the unsustainable present.

And so we hear the faint echo of the cries filling the streets of ancient Rome when the Bread and Circuses stopped: what do we do now?

The greatest private fortunes in history vanished as Rome unraveled. All the land, the palaces, the gold and all the other treasures were no protection against the collapse of the system that institutionalized corruption as the ultimate protector of concentrated wealth.

The most jealously guarded power of government is the creation of money, for without money the government cannot pay the soldiers, police, courts and administrators needed to enforce its rule.

Once the government’s money loses purchasing power, the system collapses.

Our “money” is nothing but phantom entries on digital ledgers, and so its complete loss of purchasing power is inevitable.

Without “money,” the government can no longer enforce the will of its self-serving elites.

Once the government’s ability to sustain its enforcement with money created out of thin air vanishes, the entire order vanishes along with it.

The destruction of the value of central bank-created “money” is already ordained, for there is no limit on the elites’ desire to maintain control, and so governments will create their “money” in ever-increasing amounts until the value has been completely eliminated.

But here’s the good news:

The outlines of a better world are emerging, an arrangement that prioritizes something more than maximizing and institutionalizing the corruption needed to protect today’s phony gains.

We will relearn to live within our means, and relearn how to institutionalize opportunity rather than corruption designed to protect elites.

We will come to understand technology need not serve only monopolies, cartels and the state, that it could serve a sustainable, decentralized economy that does more with less, i.e. a “DeGrowth” economy.

The Federal Reserve will fail, just as the Roman gods failed to sustain the corrupt and bankrupt Roman elites.

A host of decentralized, transparently priced non-state currencies will compete on the open market, just like goods, services and commodities.

The Fed’s essential role — serving parasitic elites at the expense of the many, under the cover of creating currency out of thin air — will be repudiated by the implosion of the economy as all the Fed’s phantom “wealth” evaporates.

Yes, the outlines of a better world are emerging. The old system is unsustainable and cannot last.