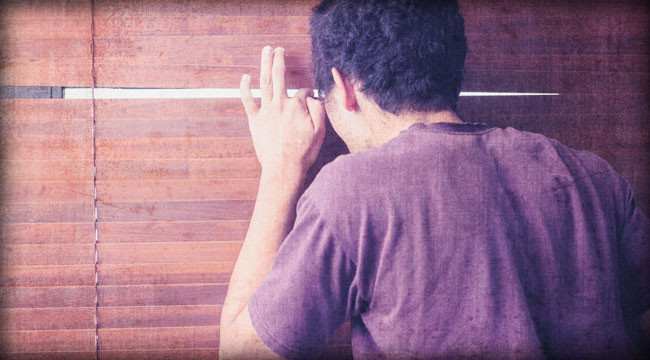 A Ban on "Insider Living"

Washington, D.C. — Jeff Incast, a Democratic representative from California, has tabled a bill that would expand current insider trading laws.

He said he was “distressed” by the acquittal of Mark Cuban, whom a jury cleared of civil charges of insider trading brought by the Securities and Exchange Commission (SEC). (Mr. Cuban was accused of selling a company’s stock after talking on the phone with the company’s CEO.) “This persuaded me that we must strengthen our insider trading laws,” declared Incast, “and that the best way to do this is to extend them to all aspects of life.”

Laws against insider trading forbid the purchase or sale of a security on the basis of nonpublic information that can affect the value of the security. The government may criminally prosecute suspected insider traders, but “beyond a reasonable doubt” burden of proof is difficult to meet. Thus, the SEC often brings civil suits instead, where it only has to prove guilt based on the “preponderance of the evidence” (in other words, more than 50% of the evidence is in the SEC’s favor).

“Insider living must be illegal…”

Mr. Incast wants all economic and social relations to be treated with the same standards as financial transactions. “After all,” he said, “economic and social relations are more important than financial transactions. Main Street is more important than Wall Street. So why shouldn’t consumers be as well protected in their commercial and personal relations as shareholders when they buy stock in Mamma.com or Tweeter Home Entertainment.

The Obama administration supports Rep. Incast’s proposal, stating, “We need an equal playing field not only in finance, but in all walks of life.” “Insider living must be illegal,” added acting Secretary of Homeland Security Rand Beers.

Mr. Incast’s bill hopes to expand the scope of government into the daily lives of Americans. Much as with insider trading, the government needs to ensure that one side doesn’t have an advantage in economic or social affairs. As the bill’s preamble declares, “An equal playing field requires that nobody have an advantage in making commercial transactions or establishing personal relations.”

The law will apply equally to everyone, and consumers will be subject to the same ban. If a consumer obtains nonpublic information about a bargain somewhere (for example, at the nearby Wal-Mart), he will be prohibited from taking advantage of it.

As Rep. Incast explained, “A consumer who dates the daughter of a store owner will not be allowed to benefit from a promotion at the store until all other consumers are informed of the opportunity.

“We have to protect our public markets,” he argues.

But it’s in matters of dating and sexual relations that the new law would have the greatest effect on Americans. If an individual has private information about a woman (or a man) he wants to date or marry, he could not act on this information and consummate until the information is made available to everybody on the love market.

“Everything must be transparent, and information must be equally available to everybody,” summarizes Rep. Incast. “Only small groups of extremists can be against that.”

Criminal prosecutions related to personal or intimate matters would be difficult for federal prosecutors to win. Consequently, the bill proposes a new regulatory agency capable of launching civil suits against suspects of insider living.

As to be expected, the Republican establishment in Congress is highly critical of the proposal. Many influential conservatives think that it is just a way to divert attention from the fiasco of Obamacare.

“If they can’t run a national health insurance system or a phone and email surveillance system,” asked Sen. John McCain, “how do you expect this administration to monitor all the commercial transactions and personal relations of 300 million Americans?”

Ed. Note: The proposed ban on “insider living” that our Martian correspondent describers is, admittedly, a farce. Once again, he read a piece of news and twisted it in the only way his Martian brain can. Luckily for him, the editors of the Laissez Faire Today email edition are there to set him straight. Get the full story by signing up for FREE, right here.

Regulation Will Send Cryptocurrencies Even Higher

Regulation of cryptocurrencies could eliminate their “Wild West” aspect that’s kept mainstream investors away… “There are many people who are against the idea of regulation, but it will serve to be good in the long run”…