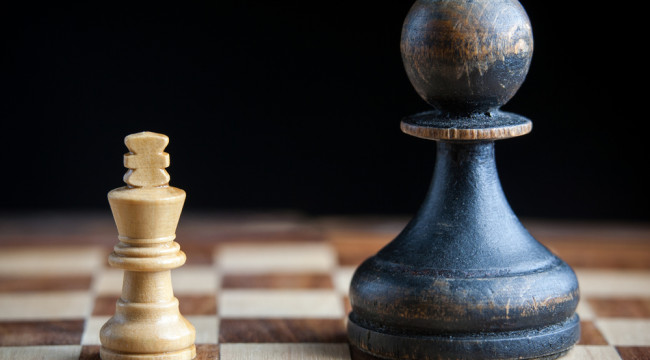 A Ban on Common Sense

I’ve just spent a harrowing weekend reflecting on Thomas Paine’s Common Sense, the pamphlet that came out in January 1776 and turned the public toward seeking independence from Britain. I say harrowing because the distance between the ideals found in this pamphlet and those of today’s America is so vast as to be nearly unrecognizable.

The presumption throughout the text is that tyranny should never again be tolerated. Despotism was for the old world. Tyranny was outdated. It belonged nowhere in a land conceived in liberty. The only question was when and how to overthrow despotic rule. The upshot of Paine’s book was that now is the time. Waiting would only lead to calamity.

…the net result of this shutdown is to make the anarchy government fears appear like an ever more beautiful possibility.

It worked. He got his revolution. The British were defeated, and America was born. Freedom had its asylum. The world began anew, full of promise.

Then, in a matter of 50 years, the American experience changed everything. The middle class was born. Lives lengthened. The standard of living soared to new heights. Technology took over. Spectacular things were everywhere. Freedom had done its work. It had liberated the human mind to create, build, empower, and change the face of the Earth.

Then something changed again. When? Maybe it was during the Civil War. Maybe during World War I. FDR and the Great Depression entrenched it. Or maybe it was the ghastliness of World War II. Perhaps there was some hope that freedom could be saved even up to the response to the crimes of Sept. 11. But after that watershed of 12 years ago, there was no turning back.

The world that Thomas Paine dreaded — the thing he feared the most and the tyranny that he had dedicated his life to opposing — was upon us. Today, successors like Edward Snowden are not writing monographs for us to read, but languishing in sanctuary in Russia, of all places. The brilliant innovators and freedom fighters of our time are no longer welcome even inside our own borders — in the very country that fought a revolution for the rights of the individual against the state.

Why, then, isn’t this astonishing monograph called Common Sense censored? If the power elites want to preserve their rule, they probably should consider it. For it is impossible to read this and not get the message: Now is the time. There is no more waiting.

As with other classic writings on this level, you discover things about it in each new reading, material you might not have noticed or been prepared for in the past. This time, I was overwhelmed with a sense that he is speaking to us right now, trying to embolden us to see what is going on around us right now.

I experienced the white-hot rhetoric of this piece while American politics has descended into the depths. The government remains “shut down” for all services anyone might actually use, but fully functional in all its oppressive apparatus. We still pay taxes and obey the regulators, but now the illusion that we are getting something for our money is stripped away.

The whole charade seems designed to remind us just how much we need and love the feds. But the real effect has been the opposite. It is yet another sign that we might be living in the last days of Leviathan. The once indispensable institution, the reputed cornerstone of civilization, the grand power structure of story and song, is looking more ridiculous by the day.

Every service that has been shut down could easily be abolished or privatized. The remaining, supposedly essential parts of the state — the police, security, taxing, regulating, military powers — are actually the most damaging parts of the regime, the ones that bring massive human suffering where it is completely unnecessary.

Meanwhile, right now private enterprise continues on its merry way, providing goods and services to the whole population and doing its best to ignore Washington’s antics. In other words, the net result of this shutdown is to make the anarchy government fears appear like an ever more beautiful possibility.

But wait. Isn’t anarchy something we should fear? The worst of all worlds? Well, maybe not. A world without the impositions of Washington would be initially disorienting, but the disruption itself could yield a new and better world. Society would continue to work, and even thrive. After all, it is not government that makes our lives wonderful, but each other, cooperating through free exchange and human association of our own choosing.

“Society in every state is a blessing, but government, even in its best state, is but a necessary evil; in its worst state an intolerable one: for when we suffer, or are exposed to the same miseries by a government, which we might expect in a country without government, our calamity is heightened by reflecting that we furnish the means by which we suffer.”

With government in general sinking in popularity, it makes more sense just to shut the whole thing down, privatize the essential services, sell off the monuments and zoos, tap private enterprise for everything else, return all the money to the taxpayers, and be done with it.

This is what Common Sense suggested be done in 1776. Contrary to myth, Paine wasn’t actually calling for war and bloodshed. He was calling for kicking the bastards out of their perches of power. He wanted an end to British rule. That’s doesn’t necessarily mean war. It can happen peacefully if the rulers just walk away.

We might call this the Paine plan. The Democrats are denouncing this as the rise of anarchist ideology in the Republican Party. Would that it were so! The truth is that Republicans are just as wedded to the power apparatus as the Democrats; they just feel a greater attachment to some parts over others.

How much of what we love was actually built by the politicians…within the Beltway? These are the disposable ones.

That means in the end, it is up to us. We should all be working every day and in every way to detach ourselves from dependence on our oppressors. We can make the freedom that the 18th-century intellectual giants like Paine dreamed of an actual reality. Many of us, if not most of us, are doing this every day.

In Paine’s writings, you find a revolutionary idea that he was correct in thinking had descended on the world for the first time. It was the idea of liberalism — classical liberalism, more precisely. His rendering of this idea was particularly radical, but at its core, it summed up the views of a generation that truly did set the world free.

The idea was that society needed no overarching ruler to give it direction. It needed no official church to make it religious. No king was necessary to give society decorum or to manage relations with other nations. It needed no central plan to spell out a list of priorities. It was an attempt to wholly recast the way people thought about how the world works.

And people believed it would work. Why? Because they saw it all around them. The world of the Colonies was made by Americans, not by some far-off, distant, deeply ignorant ruler in ermine robes living in London.

In the same way, we look at our own our lives and we see and experience beautiful things, but think of it: How much of what we love was actually built by the politicians, bureaucratic armies, and the central planners within the Beltway?

These are the disposable ones.

How enduring is the message of Paine? Listen to these words:

“O ye that love mankind! Ye that dare oppose not only the tyranny but the tyrant, stand forth! Every spot of the old world is overrun with oppression. Freedom hath been hunted round the globe. Asia and Africa have long expelled her. Europe regards her like a stranger and England hath given her warning to depart. O! receive the fugitive and prepare in time an asylum for mankind.”

Ed. Note: There is no substitute for liberty. And when that liberty is threatened, the only logical response is to fight tooth and nail to preserve it. The best way to do that is to stay informed, ahead of the curve, and ensure you’re prepared for whatever happens – both mentally and financially. That’s why you should be reading Laissez Faire Today. It compiles everything you need to know about preserving your liberty and freedom, and how to protect and even grow your wealth in the process. Don’t wait. Sign up for FREE, right here.