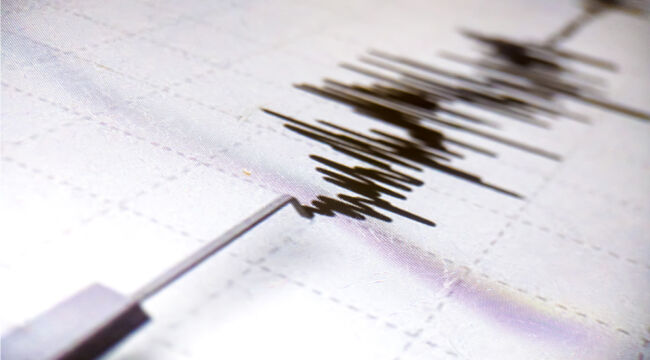 A lot of the story about the collapse of FTX has been filled in over the past month, culminating with the arrest and pending deportation to the United States of the FTX mastermind Samuel Bankman-Fried.

Actually, “mastermind” may be giving Sam too much credit. He appears to be a garden-variety, even boring fraud who simply stole customer money and used it to buy real estate and pay off politicians.

There’s nothing particularly sophisticated about that.

There’s a strong suspicion that last week’s indictment (by the U.S.) and arrest (in the Bahamas) were carefully timed by the corrupt U.S. Justice Department to shut Sam up.

He was scheduled to testify under oath to a U.S. House investigatory committee on Tuesday, Dec. 13. He was arrested on Dec. 12. The testimony would have been highly embarrassing to Democrats on the committee. Just sayin’.

Arresting Sam was a way to lock him up and make sure he never gives any testimony. At trial, he’ll probably take the Fifth Amendment or just plead guilty and skip most of the trial. Voila, cover-up accomplished.

In any case, a lot will be revealed by other alleged wrongdoers and whatever the bankruptcy trustee discovers in his forensic investigations. This will take months at the earliest and a lot of buzz around the case may have faded by then.

Delay is the best friend of the politician with baggage to hide.

The Dangers of Crypto

My focus on FTX is not sensationalist, although the case is surely sensational. My intent is to alert readers to the dangers of cryptocurrencies and the entire crypto infrastructure including exchanges, crypto banks, custody firms, lenders, borrowers and other service providers who make up the crypto ecosystem.

I maintain that cryptocurrencies are not investments, and aren’t a suitable means of exchange, despite their adoption of the word “currencies.” They’re at best casino chips that can be used in the crypto casino. You can win or lose just as in a real casino but your chips are worthless out on the street.

If you want to gamble in that casino, that’s perfectly fine. It’s your choice. Just realize what you’re getting into, like you do at any casino.

My other concern has been whether the collapse of FTX would have cascading effects causing other firms to go bankrupt also. That could happen either because other firms had put their own customers’ money on deposit with FTX or they were lenders to FTX. In either case, they’ll never see much of that money again.

So far, that domino effect has happened. Several crypto exchanges and lenders have either filed for bankruptcy or have announced that they’re in financial distress and are seeking buyers or bailouts. That’s unfortunate for those firms (and more may join the fallen domino club soon), but the damage seems to be contained so far.

Billions have been lost, it’s true, but it all existed inside the walls of the crypto casino. We have seen no signs that the traditional markets of stocks, bonds, commodities and foreign exchange have been affected just yet. So far, so good, though we’ll see.

Is that the end of it? Can we all breathe a sigh of relief (assuming we weren’t invested in FTX), relax and go about our business?

Unfortunately, the answer is no.

Another Crisis Brewing With a “Stablecoin”

There’s a disaster 10 times greater than FTX potentially waiting to happen. This disaster will not be contained to the crypto casino; it’s too large and has too many tentacles to investors, lenders, borrowers and institutions around the world.

Tether is what is known as a stablecoin. This means that you pay $1.00 (or the equivalent in foreign currency) and you receive 1 Tether in return. (The ticker symbol for Tether on crypto exchanges is USDT).

The issuer of USDT then claims that it will invest the dollars received in such a way that the value of $1.00 = 1 USDT will be maintained. The issuer further asserts that those who wish to “cash out” their USDT can go to designated exchanges and receive a $1.00 redemption for each USDT.

The current market capitalization of USDT is $70.3 billion.

There are minor fluctuations in the $1.00 target value, but they’re minor and considered normal. They’re not cause for concern among traders.

The securities held by money market funds to back up their units are publicly disclosed. They’re very safe. They generally consist of short-term U.S. Treasury securities, top-rated bank deposits and prime commercial paper backed by bank guarantees. These instruments are typically referred to as “cash or cash equivalents” in financial accounting.

But Tether has offered almost no transparency about what’s behind its token. In a recent settlement of fraud charges from the New York State attorney general, it did disclose a ridiculous pie chart with a few slices of broadly defined instruments by category.

I don’t want to get lost in the weeds here, but it’s important to realize just how shaky Tether’s numbers are.

The first thing to note is that the cash and Treasury notes make up only 5.2% of the fund. In a money market fund that percentage would be close to 100%. The remaining 94.8% of the assets may be sound or may be complete garbage. We have no idea.

That paper could be worthless in a financial crisis.

A Potential Financial Earthquake of 9.0 on the Richter Scale

Is Tether financially sound? It’s possible. Could it be the greatest Ponzi in the history of the world?

We don’t know, but we do know that $70.3 billion (and far more through leverage) is riding on the first answer. If the answer is yes, then this is a financial earthquake of 9.0 on the Richter scale waiting to happen.

Most market participants are turning a blind eye or just hoping for the best.

Your best strategy for crisis survival is straightforward: Keep away from crypto in all forms.

Maintain a cash reserve so that you can weather the storm and perhaps even pick up bargains in the wreckage of a crisis.

And keep a gold and silver reserve close at hand in case the crypto crisis turns into a complete breakdown of the monetary system as we know it. It’s possible.