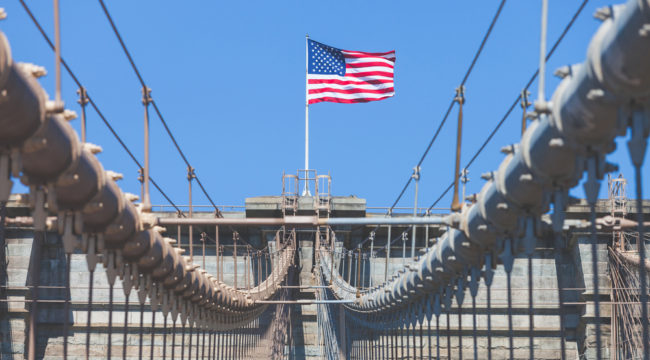 What the world is witnessing, without actually paying much attention, is the death of our debt-based economy — that is, borrowing the means to thrive in the now from a future that can’t really furnish it anymore.

The illusion that the future would always provide was a legacy of the cheap energy era. That era ended in 2005. The basic promise is broken and with it the premise for living as we had been. The energy available today, especially oil, is no longer cheap enough to run the industrial economies designed to run on it. Any way that you look at the dynamic, Modernity loses.

With oil under $50 a barrel, and gasoline under $3 a gallon (back east), the public apparently thinks that the Peak Oil story is dead and gone. But when it costs $75 a barrel to pull the stuff out of the ground, and the stuff only sells for $47 a barrel, the oil companies’ business model doesn’t really work.

The shale oil companies especially have been gaming the system by issuing bonds that pay relatively high interest rates in an investment climate where almost nothing else offers enough yield to live on, especially for pension funds and insurance companies. Two little upward bumps this year in the price of oil toward the $50 range prompted a wish that the good old days of high-priced oil were coming back, that the oil business would be profitable again.

The trouble is that high oil prices — say, over $100 a barrel, as it was in 2014 — crush advanced economies, so that demand for oil crashes, and with it productive activity. Without productivity, the debts issued by companies (and even governments) don’t get repaid. There really is no “sweet spot” in this energy cost equation.

A lot of wishful thinkers would like to believe that you can run contemporary life on something beside oil. But the usual “solutions,” solar and wind energy, don’t pencil out, especially when you consider that the hardware for running them — the photovoltaics, charge controllers, batteries, turbines, and blades, can’t be mass-produced and distributed without the very fossil fuels they are supposed to replace.

These matters add up to the essential quandary of our time. It has expressed itself in falling standards of living for what used to be the middle class, most particularly in the USA. European countries have tried to work around this problem with their rigid bureaucracies for keeping those already employed from losing their jobs.

In France, Spain, and Italy, this has only made it much harder for people under 30 to get a job. The jobs picture for millennials in the USA is not much better, though there’s no structural job-protection for their elders who are still working here. They live in abject fear of termination by the HR ghouls of the big corporations.

Sooner or later the younger generation will explode in rage at the system and there is no telling what the result will be. We’re already seeing it in the black ghettos, where decades of accrued social dysfunction make the anomie and purposelessness — of young men especially — much worse.

The newer loser class of people who once had good jobs and now have poor prospects of ever getting them back gets swept up in the mania for their incoherent champion, Trump, who shows no sign of understanding the essential quandary of our time.

The tragedy of Trumpism is that the man so poorly represents a large group of Americans with genuine woes and grievances. And the larger tragedy of our country these days is that events did not prompt better leaders to step forward.

The explanation may be that people who actually understand the dark dynamics spinning out are rather pessimistic about our ability to carry on under the familiar disposition of things.

Hillary represents the continuity of all the current rackets being used to prop up belief in the foundering business model of western civilization. These are the forces in our national life that want to pretend that nothing is wrong, that all the splendid rackets of the day — Federal Reserve interventions, corporate debt-fueled stock buybacks, military log-rolling, medical racketeering, the college loan Ponzi, pension fund levitation, primary dealer bank interest rate arbitrage, agribiz Frankenfood proliferation — can just grind along like some old riverboat banger engine keeping the garbage barge of American life afloat.

Thus, Hillary is shaping up to be the patsy of the century, likely to preside, if elected, over the biggest blowup of established arrangements that world has ever seen.

If she doesn’t get into the White House there may be no backstopping of the insolvent banks and bankrupt governments and a TILT message will appear in the sky. That TILT message is likely to appear anyway because, remember, the authorities are only pretending that they can manage events.

In fact, all of their “management” strategies and shenanigans only insure the further distortion of the basic operating system, which is already so far out of whack from twenty years of previous management efforts that nothing in banking and markets really works anymore.

Companies don’t make money, despite rising share prices. No one in his right mind buys bonds with negative yields — that promise to pay back less over time — so governments have to pretend to buy them. (In fact, they don’t so much “buy” them as simply extinguish them by playing three-card-monte with national treasuries.) And, of course, the masses of people in all these nations — including the patsy USA — sink ever deeper into poverty every month.

The release of tension is being felt in the ground game of politics where outsider candidates here and abroad are rising on a tide of rage and resentment. The fecklessness and stupidity of the elites has been epic, sacrificing everything to maintain the illusion of normality. Nothing is normal and “the people” are finally onto it. Sadly, it looks as if both politics and finance are veering toward crack-up simultaneously.

The daisy-chained Too-Big-To-Fail banks are already choking on the suicide bolus of derivatives. The equity markets are one algo accident away from cratering. The bond markets are a sick joke. And Hillary may win the booby prize of presiding over the smoldering wreckage of it all. When it happens, she will have no idea what to do.

The debt problem alone is absolutely certain to express itself in at least three major ways: the crash of equity markets, the collapse of the bond markets, and the loss of faith in the value and meaning of whatever money you’re using. Any of those events would turn the economic life of the linked advanced economies upside down.

Any of them could occur during the 2016 U.S. election season.