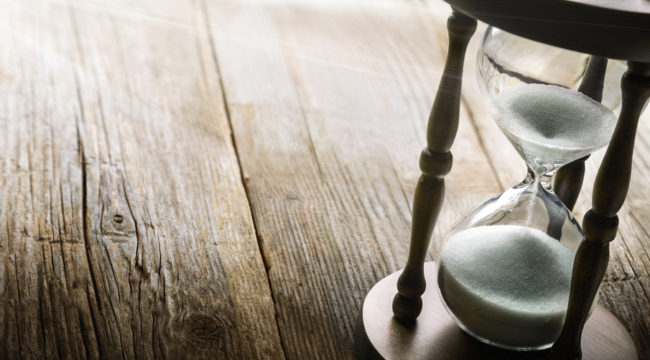 “It’s a question of when, and it looks like it’s coming pretty close…”

“It” being the titanic Chinese banking and currency crisis. Trees don’t grow to the sky, and neither do economies. But debt does…

China’s 25-year growth spurt is winding down. Now it’s staring up the sheer of a Great Wall of Debt… and stuffed to its nose holes with excess industrial capacity.

That’s why Kevin Smith, CEO of Crescat Capital, thinks China’s massive overcapacity and nonperforming loans have the country on collision course with “a twin currency and banking crisis,” reports Reuters.

Here’s the big deal: Smith says that would bring a 20% decline in the yuan against the dollar.

Big deal? China devalued only 4% last August. But its effect on U.S. markets was… dramatic. The Dow closed 508 in the red on Monday, Aug. 24, after plummeting 1,089 points to open the day. It was the index’s eighth-worst single-day crash in its history. And after the previous Friday’s carnage, it marked the first time the Dow had fallen more than 500 points on consecutive days.

Thanks to heavenly intervention — or the Fed’s (how can you tell these days) — stocks managed to grab the railing on the way down. But it was a damn close-run thing, as the Duke of Wellington said about Waterloo.

China devalued again this January. Less than 2% this time. That was still enough to kick the stock market off to its worst annual start… ever. Janet of Arc stormed in on the white horse to save the day, but the lesson was clear: China devalues, stocks crater.

Devaluations of a few percent were enough to do it each time. So… What happens if China devalues to the sweet tune of 20%?

Hugh Hendry, founding partner of Eclectica Asset Management, has an answer. And no sugar on this one: “[If] tomorrow we wake up… and China has devalued by 20%, the world is over.”

A gust of rhetoric? Perhaps. The world survived Hitler, Stalin and Barry Manilow. But even if he’s only half-right.

“The amount of debt that China has taken in the last five–seven years is unprecedented,” says Morgan Stanley’s emerging-markets honcho, Ruchir Sharma, quoted in Reuters. “No developing country in history has taken on as much debt as China has taken on on a marginal basis.”

China’s got the printing presses going each and every hour of the twenty-four, all seven days. And its money supply now stands at a Himalayan-high 149 trillion yuan. That’s 73% higher than the United States, if such a thing is possible.

And all that new money just isn’t producing any more bang for the buck. The powder’s spent. Reuters:

From 2003–2008, when annual growth averaged more than 11%, it took just one yuan of extra credit to generate one yuan of GDP growth, according to Morgan Stanley calculations.

It took two for one from 2009–2010, when Beijing embarked on a massive stimulus program to ward off the effects of the global financial crisis.

The ratio had doubled again to four for one in 2015, and this year, it has taken six yuan for every yuan of growth, Morgan Stanley said, twice even the level in the United States during the debt-fueled housing bubble that triggered the global crisis.

The Keynesian multiplier, hard at work. That Sharma fellow says when you couple those rapidly diminishing returns with rising defaults and nonperforming loans, you’ve got “fertile [ground] for some accident to happen.”

The China credit situation is another bubble waiting to pop. It won’t take much to start this new avalanche. And when it starts, it will be unstoppable… U.S. stocks may be living on borrowed time. You should get ready for another 10% correction coming soon.

We’ve mentioned it before in these reckonings. But our eyes still glaze over… a look of vacant, no-dial-tone idiocy crosses our features every time we ponder it…

China poured more concrete between 2011 and 2013 than the United States did during the entire 20th century!

Some think China will be able to avoid a hard landing. But it’s hard to imagine a soft landing when the entire place is blanketed in concrete.