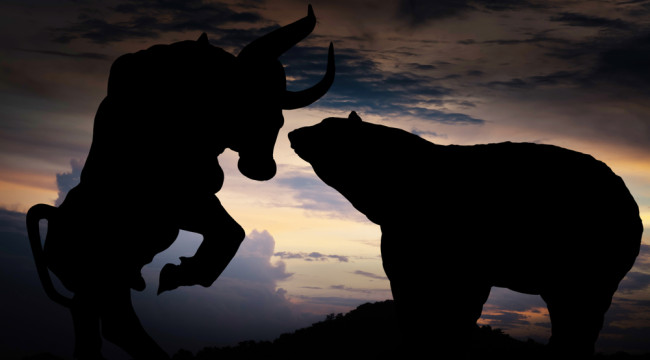 We're In the Initial Stages of a Protracted Bear Market

Don’t let a relatively tame week in the S&P 500 engender complacency. Perhaps it was not obvious, yet the trading week provided important confirmation for the incipient “Risk Off” dynamic thesis. Indeed, the global bear seemed to roar back to life. Stocks were lower, financial stocks were under heavy selling pressure, and some commodities reversed sharply lower, while safe haven bonds were in high demand. It’s worth noting that financial stocks lagged during the recent global risk market rally and now lead on the downside.

U.S. stocks performed relatively well, or at least the major indices. The S&P 500 slipped only 0.4%, although the broader market was notably weaker. The small cap Russell 2000 dropped 1.4%. Technology stocks remained under the pressure of a deflating tech Bubble, with the Morgan Stanley High Tech (MSH) index dropping 1.7% (down 5.8%). The biotechs (BTK) were hammered 5.1%, increasing 2016 losses to 23.2%.

As I have written repeatedly, I believe the global Bubble has been pierced. My view is that the world is in the initial stages of what will be a protracted bear market (at best), interrupted sporadically by policy-induced short squeezes, bouts of speculative excess and insuppressible bullishness.

May 6 – Bloomberg (Andrea Wong and Oliver Renick): “Worries about the outlook for the U.S., Europe and China, as well as mixed policy signals from central bankers around the world, have all contributed to what UBS Group AG Chief Executive Officer Sergio Ermotti called a ‘paralyzing volatility’ that’s scaring away clients and caused industry-wide trading revenue to tumble to the lowest since 2009.”

The global Bubble succumbed first at the periphery, notably with last year’s pronounced weakness in EM currencies, equities and debt markets. And it was EM – “at the margin” of global finance – that cashed in over recent months from extreme monetary policy measures. Chinese adoption of “whatever it takes” – a stable currency peg and a Trillion ($US) of Q1 Credit growth in concert with global QE and negative rates – spurred a major reversal of bearish EM bets along with newfound optimism. Amazingly, “money” was again flowing into EM. Was…

From Bloomberg (Camila Russo and Manisha Jha): “Worldwide stock ETFs lost $12.6 billion in the four days through May 5, wiping out more than six weeks of inflows, as the MSCI All-Country World Index capped its worst week in three months.”

I believe this week marked a key Inflection Point for EM, with major ramifications for global markets and economies. With global “risk on” rapidly transitioning to “Risk Off,” developing markets – currencies, stocks and bonds – this week suffered the brunt of newfound risk aversion. The MSCI Emerging Market ETF (EEM) sank 4.7% this week.

A Bloomberg headline: “Emerging Markets Head for Worst Week Since January…” Political turmoil saw Turkish stocks (previously a big “risk on” beneficiary) hammered 8.2%. Wednesday trading saw the Turkish lira sink 3.9% versus the dollar, “the most since 2008.”

The Mexican peso fell a brutal 4.0% this week to the low since early March. Those levered in higher-yielding Mexican (or other EM) debt suffered a rough week. Tuesday trading saw the peso sink 2.5%, “its biggest drop since November 2011.” Brazil’s real dropped 1.9%, the “worst week since November.” Brazilian stocks sank 4.1%.  The Colombian peso fell 3.8%.

It was a global phenomenon. The South African rand sank 4.6%, as debt worries return. The Russian ruble declined 2.2%, the “worst week since February.” Russian stocks dropped 2.6%. In emerging Asia, the Korean won declined 2.7%, the Malaysian ringgit fell 2.6%, the Indonesia rupiah declined 1.3% and the Singapore dollar fell 1.3%.

May 5 – Bloomberg (Constantine Courcoulas): “Turkish bonds retreated the most among major emerging markets and credit risk climbed as investors assessed the economic cost of a political showdown that prompted the prime minister to say he’s stepping down. The yield on the five-year government note jumped 25 bps to 9.73%, the biggest daily increase since January… The cost of insuring Turkish debt against default for five years rose for a fifth day, increasing seven basis points to 267 bps…”

It’s worth a brief return to a Fitch warning from September 2014: “Most of the recent increase in Turkey’s external debt has been driven by bank borrowing, Fitch Ratings says. The rapid rise in banks’ foreign liabilities, particularly at the short end, leaves them more vulnerable to an extreme stress involving an abrupt and prolonged market shutdown. The increase in external debt was one of the factors leading to the downgrade of Turkey’s three largest domestic privately owned banks to ‘BBB-‘… Turkish banks’ foreign borrowings increased almost threefold, to USD164bn, between end-2008 and end-1H14, rising to 38% of the country’s total external debt from 20%.”

It’s been a few months since EM debt issues garnered market attention. Typically, so long as “money” is flowing in, EM looks good. Over recent months, “money” has indeed been flowing – though EM fundamentals remained ominous. If, as I expect, outflows gain momentum the EM backdrop could turn problematic in a hurry.

Analysts took a respite from contemplating Trillions of EM external debt, much of it having accumulated since the ’08 Crisis – and too much of it denominated in dollars and other foreign currencies. Curiously, EM currencies this week under the most selling pressure were in many cases economies on the hook to Creditors for large amounts of foreign-denominated debt. It’s worth recalling that EM corporate debt is up more than three-fold since 2008 to $2.6 TN (from IIF).

EM banks absolutely ballooned in the post-crisis monetary free-for-all, with considerable borrowings in dollars and foreign currencies. Earlier in the year I believed that the markets were becoming increasingly apprehensive with global inter-bank liabilities. When EM currencies and global bank shares find themselves simultaneously under pressure, as they were this week, one has to ponder the possibility that these fears are reemerging.

Yet is wasn’t only EM that this week supported the “Risk Off” thesis. And I’m not so sure market confidence in U.S. high-yield is much deeper than that of EM debt. A bout of de-risking/de-leveraging would have major ramification across global financial markets.

May 5 – Bloomberg (Sridhar Natarajan): “The largest exchange-traded fund that buys junk bonds is flashing a potential warning sign that a three-month rally in the $1.4 trillion market is losing steam. BlackRock Inc.’s iShares iBoxx High Yield Corporate Bond ETF has seen 27.8 million shares redeemed, or about $2.6 billion, in the last four days… Short interest in the fund climbed more than 80% since mid-April…”

May 6 – Financial Times (Ben Bennett, Legal & General Investment Management): “For some, China represents a positive scenario of structural reforms returning the country to its position as the engine of world growth. Not only do we think this is unlikely, we actually believe China poses a systemic risk of historic proportions. It is now clear that China is not smoothly passing its growth baton from exports and investment to the service sector… It is hard to exaggerate the magnitude of the Chinese debt bubble. According to the Bank for International Settlements, debt to GDP has increased by around 100% since 2008, which compares with about 40% in the US leading up to the subprime meltdown, 60% in Japan prior to its collapse in 1997 and is even more than the credit booms of Greece, Portugal, Spain and Italy in the run up to the euro crisis. The only similar credit bubble in recent history was that in Thailand before the Asia crisis. And if an economy the size of China’s goes through what Thailand went through in 1997, the world will be a very ugly place indeed.”

May 6 – Reuters (Manolo Serapio Jr and Ruby Lian): “Chinese commodities prices spiraled lower on Friday, with steel futures suffering their worst week since 2009, as more money flowed out of markets whose surge two weeks ago unnerved global investors and forced regulators to step in to restore calm. Indicating how authorities may now be alarmed after a collapse in volumes and prices, the Dalian Commodity Exchange on Friday said it will cut some trading fees on contracts such as iron ore and coking coal. The commodities slide spilled over into stocks, with the Shanghai Composite Index ending down 2.8%, its worst day since February, as commodity producers fell.”

There were more Credit rumblings this week in China, along with serious cracks in the Chinese commodities Bubble. I continue to believe that the unfolding Chinese Credit crisis is the root cause of dysfunctional global financial markets. Waning confidence in Chinese finance, policymaking and economic structure will now (again) weigh on EM. The weakening dollar and attendant commodities rally had recently helped underpin the bullish EM recovery story. This week it appeared that markets began coming to grips with the reality that it’s going to take a lot more than a weaker dollar to support such highly indebted and maladjusted EM economies (and financial sectors) – as confidence in the world of finance and the global economy wane.