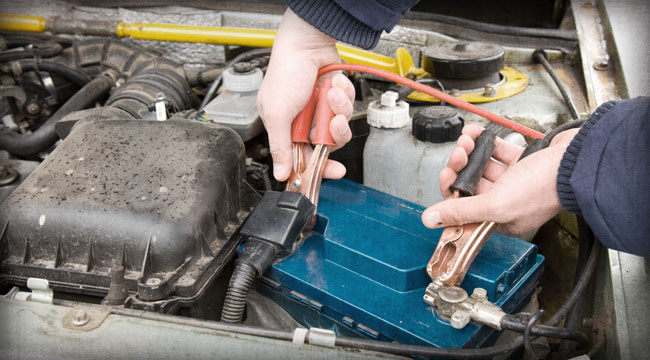 7 Ways the U.S. Can Jumpstart Its Tech Startup Engine

American ingenuity. It’s the stuff of lore and legend, and it’s what drives the global economy. We literally bank on the next disruptive entrepreneur — and innovative new technology — to completely redefine or create new industries. It’s what America does really well, our goose that continues to lay golden eggs.

And yet, maybe not.

The truth is that America’s startup engine is sputtering. The hope doesn’t always match the hype, and incubators, accelerators and entrepreneurial enclaves across the country are full of well-intentioned new products, if not real, scalable, game-changing innovation.

A February 2014 Kauffman Foundation study found the high-tech entrepreneurship rate peaked in the U.S. in 1982 — 32 years ago — when it represented 60% of all new firms. Today that rate has dropped by half. To be sure, there’s still an explosion of startups spreading across the country, and it’s cheaper, faster and easier than ever before to launch a new venture. But it’s also harder than ever before to succeed and scale, especially in a way that creates lots of jobs and lots of wealth for lots of people.

The condition of the nest — to belabor the analogy — does seriously impact that golden goose. Few American policymakers seem concerned about the conditions, particularly at the federal level.

Investors may love the idea of the capital efficient startup — a new venture that can launch and quickly grow big with as few people and resources as possible — but it’s so staggeringly rare that it’s barely a statistic. And when it does happen, the success of a venture like WhatsApp ($19 billion “value” with 55 employees) does relatively little to actually grow our common economy.

Innovation takes people, capital, research and development. It takes time and a big picture, long-term view. And it takes smart public policy that encourages and fosters those conditions. The political stalemate and gamesmanship in Washington has compromised America’s true drivers of entrepreneurship, innovation and our high-tech industry.

And yet both sides of the aisle talk about growth and jobs and new economic booms. Both parties talk about nurturing young, growing companies.

There really could be a common growth agenda in Washington, were it not mired in inaction and no sense of urgency. The consensus items are foolishly frozen as pawns in one or another political negotiation.

There’s a push in many states to include more coding, tech and design into secondary education, but computer literacy should be a part of the national discussion of basic competencies we expect of all kids. We need more specialized middle and high school technology programs.

Becoming a great technologist takes about as much experience and knowledge as becoming a medical doctor, but those 10-12 years’ experience usually start in the family basement playing around with computers. More kids need access to start this learning path in more structured, supported programs.

Reopen America to the brightest, most motivated immigrant minds

More than 25% of all new businesses in America are started by immigrants, more than one-third of the venture backed companies that went public in the past six years, and for that matter, 40% of the Fortune 500, were all founded by immigrants. Our universities continue to attract the brightest minds around the world. Fifteen years ago, we retained many of those minds in the United States. Today, those folks are increasingly educated here and then shown the door.

I’ve met very few politicians from either party who disagreed with stapling a green card to the diploma of a foreign-born graduate in science, tech, engineering or math, yet it doesn’t happen. For every 1% increase in H1B STEM employment, there’s a 7-8% increase in wages for U.S. workers. Yet the tiny allotment of H1B visas disappears each year within a matter of hours. Immigration reform is stalled by some Republicans in the House, and that inaction is strangling our ability to grow jobs and increase wages.

The innovations that drive American productivity and quality of life often originate in basic, government funded research. And while overall private sector research and development is woefully stagnant, the situation is even worse in long-term basic research funded by the taxpayers, a mounting crisis that will reverberate for generations.

Increases in basic government research in the United States accounted for as much as 50% of U.S. economic growth between 1950 and 1993 (and that doesn’t include the internet driven growth of the past 20 years, an innovation that would not exist but for government funded research). And yet we’re dramatically underfunding research today.

Smarter tax policy could also be linked to encourage investors that support early-stage R&D and dedicate themselves to long-term research projects, not just quick, short-term gains. An Ernst & Young study of R&D Partnership Structures (a bipartisan idea that’s bouncing around Capitol Hill) suggests the idea would increase investment by an estimated $10.3 billion per year and create 150,000 new jobs in short order.

The House of Representatives just passed a much needed research and development tax credit, but it does very little to impact young, growing companies. Most new ventures (the ones where the vast majority of new jobs are created in America) don’t yet have much income tax liability. If you want to free up capital for real job growth, support ideas like the Startup Innovation Credit Act, which would allow small businesses to offset payroll tax liabilities.

Patent litigation reform to curb abusive tactics is critical, but it starts with a more effective patent office that has the proper resources to evaluate and issue valid patents in the first place. The cost of frivolous litigation is suffocating innovation, especially among small companies, but so, too, is the timing and process young companies must go through to get valid patents.

Big U.S.-based, multinational companies (including many in the tech industry) have about $2 trillion trapped offshore, avoiding repatriation under one of the highest corporate tax rates in the world. Democrats are skeptical that a reduced rate or tax holiday would result in the kinds of reinvestment into American growth that big companies promise, so nothing happens.

Smart corporate tax reform could include incentives to reinvestment that capital into innovation, venture growth and national infrastructure. It’s not an intractable problem, but Washington hasn’t been up to the challenge.

We’re entering an exciting time for data, analytics and opportunities for increased insight and efficiency. Open data projects will result in smarter, more responsive and transparent government, there should be a national push to make more government records and data available across all departments. The innovative ideas and insight that could come from releasing that incredible asset to entrepreneurs would no doubt spawn new industries.

Most of the priorities above aren’t particularly political or divisive issues. These are all job and growth creating policies. The list is far from complete. Some are just basic common sense. Voters in every region of the country would benefit from their impact, and that would mean every politician would enjoy the credit along with their thanks. The only thing missing is for Washington to think and act more like the entrepreneurs they celebrate.

Terry Howerton
for The Daily Reckoning

Ed. Note: Readers of Laissez Faire Today know that technology and innovation are the only way to get the country back on its feet. In fact, in today’s email edition, subscribers had a chance to discover one technology that could spark the next American tech boom. Sign up for Laissez Faire Today and make sure you don’t miss out on these future opportunities.

Bringing fast, reliable internet to the whole world was once only a pipe dream. However, one company is breaking the mold and disrupting the “evil media monopoly.” And this means a great chance at massive gains is right around the corner.

Terry Howerton is an entrepreneur and community builder. He writes about planning serendipity and ideas that bring the right people together at the right time and place to create innovation, new ventures and a collaborative community.