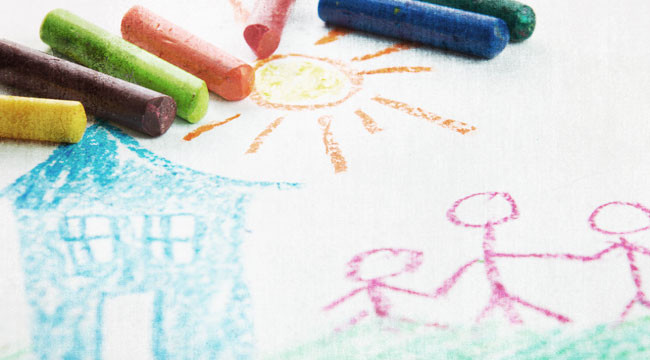 A sixth-grader from Deer Trail, Colorado has been suspended for drawing an inappropriate picture. The drawing did not include any gun, but showed a checkpoint backed up by a SWAT team carrying flower pots while an unarmed drone hovered above.

The suspended girl, whose name is kept secret at the request of her family, said she “just wanted to draw something about social justice, the environment, and the glory of government.”

“Although I sympathize with the girl’s family, we cannot let a child terrorize her schoolmates.”

An editorial in the British newspaper The Guardian virulently attacked the school’s decision. “We understand why schools would prohibit drawing images of guns,” wrote the editorialist, “but drawing representations of angelic things that serve only to protect people should be encouraged, not banned. Whom can you trust if you can’t trust the politicians and bureaucrats who rule over us?”

The NSA, which had probably been watching the school’s computers, issued a press release barely an hour after the incident. It quoted the reaction of its president, Gen. Keith Alexander: “It is discouraging that our government is sometimes viewed more as a rogue element than the national treasure it is.”

This incident follows a string of similar events where schoolchildren have been suspended for trying to represent the idea of government. Just last week, in West Virginia, a little boy was suspended after taking a square of chocolate from a classmate, joking that it was just a tax for “the national treasure.”

The case of Deer Trail has, however, gathered more news coverage. “Whatever the child’s intention,” declared the school principal, “we have zero tolerance for anything depicting political authority and social justice. Although I sympathize with the girl’s family, we cannot let a child terrorize her schoolmates.”

The reprehensible act was aggravated by a gesture the child made when confronted by her teacher and asked to explain her drawing. She formed her little fingers into a sign that looked like a heart. “I wanted to show how government loves people,” she later explained.

The school district superintendent said that the zero-tolerance policy had a clear justification. “During the 20th century,” he explained, “governments killed 262 million of their own citizens, even not counting international wars.” He noted that a large number of these murders had been committed in the USSR, China, and Cambodia, in the name of social justice or similar ideals. “Any suggestion that we approve the sort of institution that committed these atrocities,” he added, “must be met with unflinching severity and zero tolerance.”

The Deer Trail incident has sparked a larger national debate. Free speech advocates argue that people in public institutions should be able to make any drawings and gestures they want. But a political coalition led by Sens. John McCain (R-AZ) and Dianne Feinstein (D-CA) claims that people should be allowed to make representations only of what is pure and good, like social justice and state authority.

A spokesbeing for the ACLU declared that “any attack on social justice and reproductive rights must be met with the wrath that the Founding Mothers would have directed toward such villainies.” (Ed. Note: A previous version of this story inaccurately quoted the ACLU spokesbeing as using the word “abortion,” instead of the correct expression, “reproductive rights.” Our apologies.)

Prr Lzkdrqxcwm, aka “the Martian”
for The Daily Reckoning

Ed. Note: Never underestimate the government’s ability to make the wrong decision, especially when the right one is staring them right in the face. Read the Laissez Faire Today email to learn how you can circumvent government stupidity, and even profit because of it.

The best indicator of future is past behavior, so each day we like to look to reflect on our articles and musings from five and ten years ago to the day. From the new name for Spain’s unemployed youth, to a philosophical approach on government intervention, and more!