At the Daily Reckoning we filter through the noise and garbage so you don’t have to.

Here are the 5 things to watch this week.  These points are brief in description and allow you to take on the news in review and decide exactly what to watch for going forward. 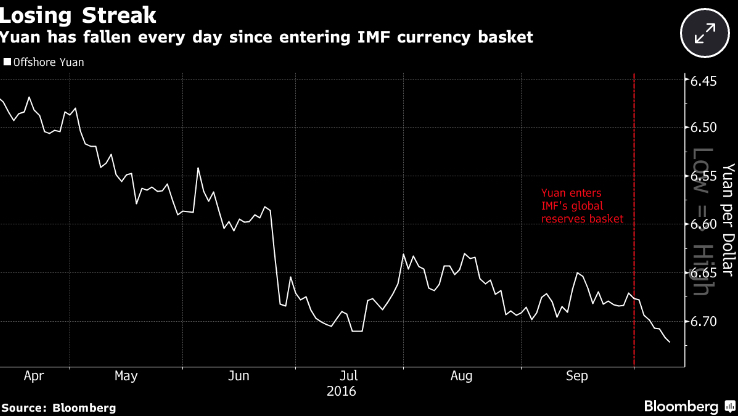 The Chinese yuan has been falling, and falling hard.  After taking an eight-day consecutive loss to 0.7 percent on Friday, markets will be keeping an eye on the currency – which means you should too.  This is particularly important following what Jim Rickards has identified as a change in world money and what that means for the U.S dollar.  Already, the writing’s on the wall.  Standard Chartered Bank (Hong Kong) has officially been given approval by the People’s Bank of China (the Chinese central bank) to issue bonds denominated in Special Drawing Rights (SDRs) within China’s interbank bond market.  Standard Chartered is looking to issue 100 million SDRs that will be settled in renminbi.

2. The Oil Market is Bigger Than All Metal Markets Combined (Visual Capitalist)

As OPEC is set to have its head of state meeting in November, oil prices continue to be unconventionally low across the globe.  Jeff Desjardins noted, “Meanwhile, from a foreign policy angle, countries like Saudi Arabia and Russia wield additional geopolitical and economic power because of their natural resources. It’s even arguable that everything from the Gulf War to the more recent Middle East interventions in Libya, Syria, and Iraq have been at least partially to do with oil.”  While the visualization below did leave out gold futures, alloy markets, etc. it offers a striking visual of just how impactful oil can be on your day-to-day outlook. 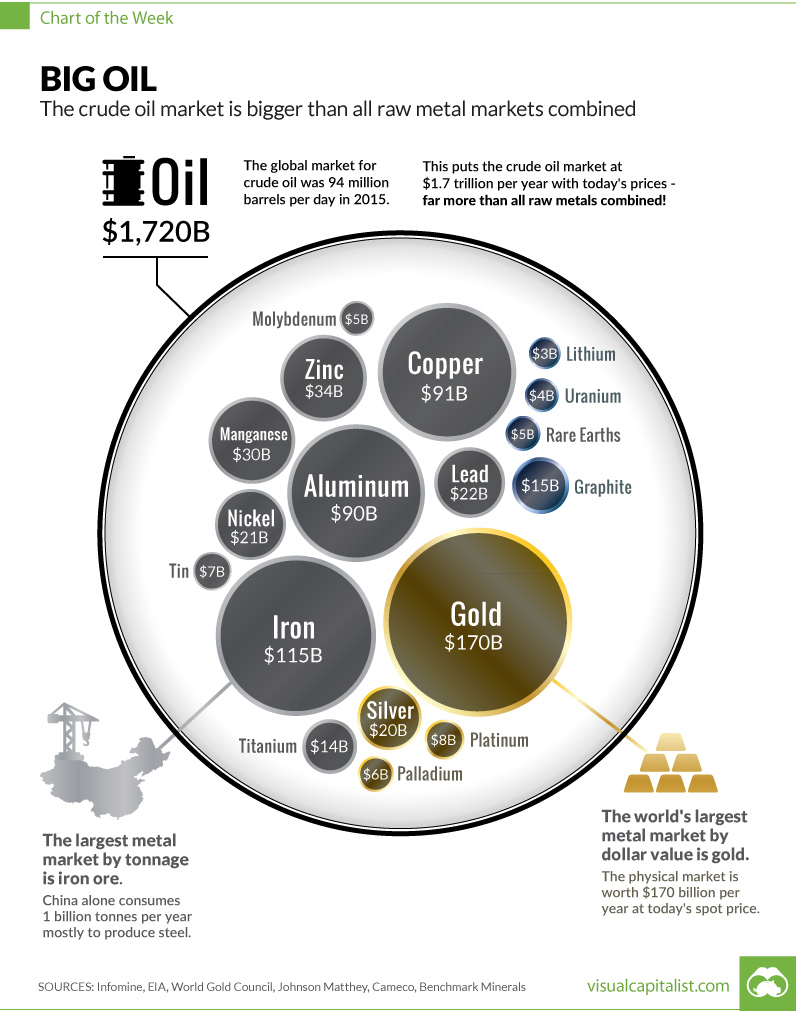 For more on the data and statistics of the oil market versus metal market, check out the Visual Capitalist here.

“One day, the house of cards will collapse,” said Professor Otmar Issing, the European Central Bank’s (ECB) first chief economist and a towering figure in the construction of the single currency.  As the Eurozone experiment continues to struggle, the ECB’s first chief economist believes that the “Euro experiment” is set to fail. Pointing directly at the ECB the economist has indicated that the system was flawed from the beginning. “The Stability and Growth Pact has more or less failed. Market discipline is done away with by ECB interventions. So there is no fiscal control mechanism from markets or politics. This has all the elements to bring disaster for monetary union.”

The Telegraph offers even further insight into the former ECB prophet – click here for more.

4. The Fed, Like The BOJ, Is Now In The Curve Steepening Business: What That Means For Markets (Zero Hedge)

Tyler Durden could not have been more spot on. The Zero Hedge writer noted, “Following Janet Yellen’s strange speech from Friday, titled “The Elusive ‘Great’ Recovery” in which a seemingly perturbed Yellen not only admitted that the Fed may have hit peak confusion and that 7 years after unleashing a global, multi-trillion asset reflation experiment, it has not only failed to reflate non-market assets (at least both bonds and stocks are near all time highs on central bank buying), but in which the Fed chair also admitted the Fed is not even sure it understands the phenomenon of inflation any more…” The piece really hits home on where the Federal Reserve is headed (or lack thereof) and guides an idea of what to expect going forward.

As questions over the Federal Reserve raising interest rates and uncertainty around the U.S election cycle swirls, gold is on the move.  The Wall Street Journal reports, “Gold prices are up nearly 18% since the beginning of the year.”  Although the piece does note that, “Expectations of higher rates tend to weigh on gold, as the metal struggles to compete with yield-bearing assets such as Treasurys when borrowing costs rise.”

Stay tuned for another update next week on what to watch for.  Until then we leave you with these words from Rudolf E. Havenstein’s Twitter account:

The way @Google is headed eventually if you Google "Federal Reserve" they'll just take you to a page with videos of kittens rolling in hay.