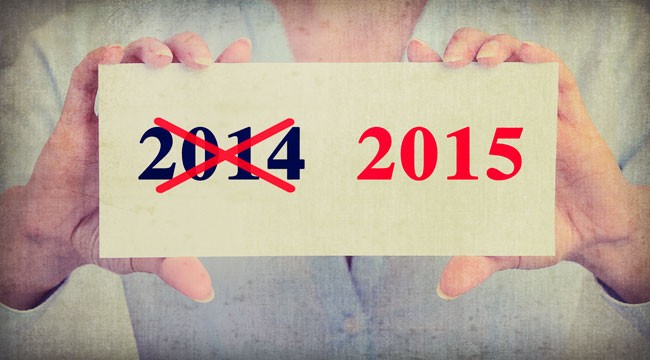 “Ambition in America is still rewarded… with high taxes.”

Sadly, as the above quote would indicate, many Americans will be paying higher taxes in 2015 than they paid in 2014. Here are five of the biggest tax changes.

As a result of the Affordable Care Act, otherwise known as Obamacare, you need to be aware of two potential bombs that could affect you. First, you are required to have compliant health insurance. If you don’t have insurance or if you have a plan that is not compliant, you will have to pay a penalty, which is more than double that of 2014.

Failing to meet the Obamacare requirements will result in the lesser of the following two amounts:

The second potential bomb with Obamacare involves the tax credit that many Americans are receiving in order to make the health insurance affordable.

The ACA provides higher stop losses and higher premiums over what was normally paid for private insurance. In order to make these premiums seem affordable, Americans are eligible for tax credits, which can be used in advance to reduce the overall cost. To be eligible, however, people need to earn between two–four times the federal poverty level.

The problem, though, is that if the actual earnings tend to be significantly more than what was estimated by you for the exchange when you purchased your health insurance, you could be subject to a possible recapture of the credit (which is in addition to the tax that you would normally pay).

2. Elimination of $500,000 Expensing for Business Equipment

3. Certain Qualified Trucks and SUVs Will Get Shafted

In 2014, you were eligible to write off 100% of the business cost of any truck that met IRS requirements.

Sport utility vehicle (SUV) rules were different. In 2014, if you had a qualified SUV, you could claim first-year depreciation on business use up to $25,000. You also got bonus depreciation of 50% of what is left over, plus regular depreciation over the next six years.

Thus, you can write off almost 80% of the business use in the first year. Not bad!

4. Many Extenders Were Eliminated

There were a number of deductions that were eliminated in 2015, such as:

Although most of the changes in 2015 were not beneficial to taxpayers, one little-known change will be for those who are eligible.

Starting in 2015, special savings accounts known as ABLE accounts can be set up for dependents who have a significant enough handicap as to be eligible for Social Security disability. The disability, however, must be diagnosed before these dependents reach age 26.

The maximum yearly contribution is $14,000 per year per parent, but the maximum balance varies by state. The income earned on these accounts is tax-free if used for the health, maintenance, education, or support of the handicapped or disabled individual.

Sandy Botkin
for The Daily Reckoning

Sandy Botkin CPA Esq. is the president of the Tax Reduction Institute and the author of two best-selling books published by McGraw-Hill: Lower Your Taxes — Big Time! and Achieve Financial Freedom — Big Time!.