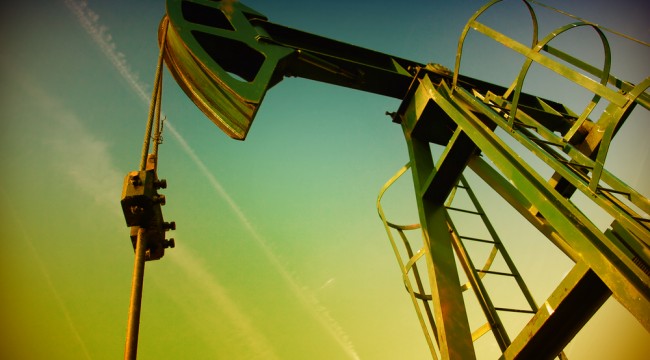 Your Front Row Seat to the Next "Big Oil" Event

When it comes to America’s shale boom your eyes shouldn’t be on “big oil.”

Pardon me while I generalize substantially. But, big oil left the U.S. oil patch years ago. Companies went overseas, they went offshore, they started researching alternative fuels — with each step they moved further from conventional oil production.

These big companies were thinking conventionally. They thought the commercial amounts of U.S. oil were long-gone. And they were dead wrong.

That’s why today we’re going to revisit a list of companies that are on their way to becoming the next “big oil” players. Right here in the U.S. As these companies gear up production and start lowering costs with efficiencies we’re in for a few Exxon-like run-ups.

With production in the Eagle Ford ramping up…this company could start throwing off loads of cash.

Just as Exxon got its start back in the U.S. oil patch, a few companies are set to ramp up production and grow larger than most Wall Street analysts would ever believe.

It’s THESE companies I urge you to focus on today, not the big oil companies, like Exxon.

I’ve said it before but it’s worth repeating, by some merits a company like Exxon has become too big for its own good. Sure, the scope of a big oil candidate like Exxon offers a “safer”, more diversified investment. But if you’re looking for a growth story you won’t find it in Exxon.

Just think about it, Exxon is working all around the world, offshore, onshore, Middle East, non-Middle East, some harsh conditions, some not, basically anywhere they can find oil — almost at any cost. Plus the company is also working on alternative energy solutions like biofuel. I have no clue how much the company spent last year on biofuel or other alternative technologies, but I bet it’s a LARGE number.

The companies that I want to share with you today don’t have a biofuel budget. For the most part they don’t have much international exposure or offshore activity. Simply put, these companies are focused on producing as much American oil as they can, as cheap as they can. That’s exactly how Exxon got its start. And it’s a winning strategy in today’s domestic energy boom.

So without further ado, let’s revisit my list of explosive growth opportunities.

The following list won’t be long. But the companies I’m about to list hold immense growth potential.

They all have lots of acreage in America’s shale plays — particularly in the hotspots, like Texas’ Eagle Ford and North Dakota’s Bakken. As production ramps up and more oil gets discovered (or “technology’d” out of the ground) these companies will grow well beyond Wall Street’s modest expectations.

Remember, the value of any company’s share hinges on its future revenue stream. The companies you’ll find below are about to tap rivers of cash…

EOG Resources (EOG) — market cap: $58 billion. EOG is a huge player in America’s shale game. In particular the company holds some prime acreage in the Eagle Ford shale (as well as the Bakken and Permian shale plays.) The company expects to be a “best in class” crude oil growth story through (at least) 2017.

Plus, according to company data, at current drilling rates EOG will have another 12 years of drilling in the Eagle Ford, same goes for the Bakken — that’s likely to be 12 years of growing production! And if growth continues as I expect in the three formations that EOG holds acreage, production numbers should just continue to leap higher.

Marathon Oil (MRO) — market cap: $25 billion. As a caveat to adding Marathon Oil to this list of Exxon-like growth potential, it’s important to note that this company is much less of a pure-play than the others on the list. To see Marathon achieve that “big oil” growth we’ll want to see a focus on their domestic plays, like the prime acreage they have in the Eagle Ford.

According to Lance Robertson, Vice President for Marathon’s Eagle Ford operations. “They are going to get a lot better next year.”

Again, Marathon is less of a pure play here. But we can’t disregard the acreage position they have in the Eagle Ford. There’s certainly some long-term Exxon-like potential. Indeed, there’s still mucho growth left in the company’s South Texas fields.

Pioneer Natural Resources (PXD) — market cap: $30 billion. In 2009 Pioneer was a $4 billion company. Today the company is over six times that size and I don’t see an end to their growth. This company is truly on pace to be the next Exxon-like growth story. And remember, Exxon’s market cap is around $390 billion, so there’s plenty of room for Pioneer to grow (that represents a 13-bagger, if you’re wondering.)

With production in the Eagle Ford ramping up, through more drilling, down-spacing and cost savings this company could start throwing off loads of cash. But that’s not where their resource run ends.

According to CEO Scott Sheffield in the Permian Basin of West Texas is like “12 Eagle Fords stacked on top of each other.” Pioneer is a huge acreage holder in the Permian — the sky is the limit here.

On top of that (and looking years out) Pioneer also holds prime acreage in the dry gas section of the Eagle Ford. So a decade from now when U.S. shale oil production is commonplace, natural gas may be back in vogue. If that’s the case, watch out because Pioneer will be a huge producer.

And here’s a funny one…

Last year, I was at the Developing Unconventionals conference in San Antonio (just north of Eagle Ford production zones) and it hit me. There I was watching the Q&A for Pioneer Natural Resources. About halfway through the questions, a man stood up and asked how, in the next decade or so, Pioneer expects to spend all of its money… exploring elsewhere? Maybe dividend payouts?

Frankly the response from the Pioneer’s Chairman & CEO, Scott Sheffield, wasn’t too memorable. He breezed over the cycle of shale plays and how eventually all plays become “cash cows” — so at some point the Eagle Ford and Permian will hit that stage of the cycle. But “it’s gonna grow for a long time” says Sheffield.

But here’s the funny part. It was amazing how nonchalant everyone in the room was. Pioneer is looking at so much growth potential people are worried about what they’re going to do with all of their cash for decades to come. Nice problem to have, eh?

For now, who cares what the company’s answer is. As the cash continues to roll in and production continues to ramp up, this company — and ones like it — should be on your radar.

Oasis Petroleum (OAS) — market cap: $5 billion. This list wouldn’t be complete without mentioning a standout in North Dakota, Oasis Petroleum. Although the company holds most of its exposure in that one play, it has plenty of room for growth.

Much like the companies working in the Eagle Ford, Oasis is testing its ability to down space its Bakken wells. This company is the cheapest on the list too, with a market cap around $4 billion. So keep an eye on the future for this mini-Exxon.

Add it all up and I wouldn’t be surprised to see all of the companies listed above crack the $100 billion market cap level.

Looking at the share price over the past four months, we’re starting to see a nice uptrend emerge, too. The companies listed above are up 26%, 14%, 21% and 25% respectively in that time frame. Now’s a good time to look at this outperforming bunch.

Besides the numbers, just keep in mind that the oil industry is changing in front of our eyes. Smaller, laser-focused companies like we highlighted above are going to provide the best growth opportunities in the next decade. In that sense, keep your eyes on “small oil” for the biggest gains!

Ed. Note: Finding oil companies with this kind of growth potential is not easy… even in this booming U.S. energy market. Matt does countless hours of painstaking research to give you the best of the best when it comes to these resource and energy plays. And in today’s issue of The Daily Reckoning, he went one step further… giving readers a chance to learn even more about America’s  new “Age of Wealth”… and how to make a fortune because of it. In order to stay ahead of the curve in this rapidly growing resource market — and get all the best profit-making ideas before the market catches on — sign up for the FREE Daily Reckoning email edition, right here.