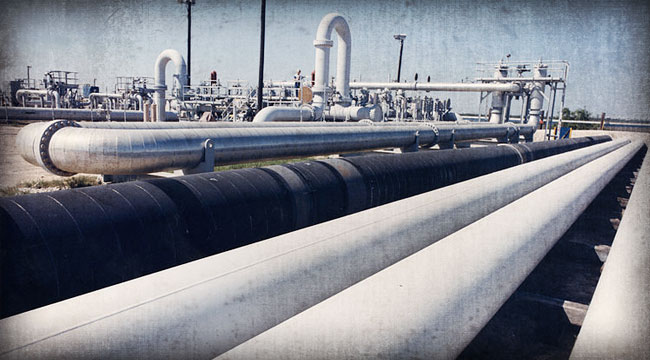 4 Important Lessons Politicians Can Learn from the US Energy Miracle

[Ed. Note: We’ve been discussing America’s energy resurgence and the “new oil boom” since the turnaround started back in 2008. Now, six years on, our friend Steve Forbes relays a few of the important lessons we’ve learned from the US’ renewed energy independence. Read on…]

At the recent Forbes Global CEO Conference in Singapore renowned energy expert Daniel Yergin pointed out a remarkable fact that underscores the extraordinary change in the US energy picture. After decades of decline in domestic oil production and growing dependence on foreign oil sources, the situation has been stunningly reversed by the use of revolutionary methods in drilling for oil and natural gas. The increase in U.S. oil production since 2008 (more than 4 million barrels per day) now exceeds the total output of every member of OPEC but one, Saudi Arabia.

The revolution in drilling was a result of the creativity and innovation that are the hallmarks of free markets.

Several lessons emerge from this.

Entrepreneurship trumps all. The revolution in drilling was a result of the creativity and innovation that are the hallmarks of free markets. For years the accepted — and touted — wisdom was that global oil production, particularly in the US, had peaked. But entrepreneurs are never constrained by what is.

Governments kill innovation. Most oil production is controlled by state-owned companies or entities that are virtual partners of government. Such organizations do things the way they’ve always done them and fall into ruts. Free markets routinely upend the status quo. Look at Mexico. Its government gets one-third of its revenue from state-owned Pemex. Corruption and political pressure to cough up money for the ever expanding appetites of politicians and their allies have severely stunted investment and innovation. The revolution in American drilling and the decline in Pemex’s production have finally forced Mexico to make a contentious and portentous change, allowing private companies to enter Mexico’s energy sector for the first time since 1938, when private oil companies were nationalized.

Mineral rights, the US’ not-so- secret superweapon. The US is about the only country that allows individuals and private companies to own the minerals beneath their land. Discover oil or natural gas in your backyard and you can get rich fast. But in Mexico and most other places, you’re out of luck: Those minerals are the property of the government. That’s why wildcatters — entrepreneurs who are always searching for new oil sources or finding ways to extract more oil from supposedly spent wells — are a US phenomenon.

Energy is a tough business with tight margins. The rise of oil prices in the 1970s and again starting in the early part of the last decade led to the perception that oil and gas companies are gushers of immense profits and fat margins. Not true. Those price increases were the result of the weak dollar, not of oil shortages or price gouging. When the greenback is debased, money flees into hard assets, including commodities. Now the dollar is strong — not the desire of the Fed but a result of its deep ignorance of money (see my book Money: How the Destruction of the Dollar Threatens the Global Economy—And What We Can Do About It) — and the world is stunned by the decline in oil prices.

Ed. Note: The best thing about the US energy story is that’s just getting started. And our editors have worked tirelessly to show Daily Reckoning email subscribers exactly how the US energy renaissance could make them a ton of money over the next several years. Don’t miss out on your chance to discover these profit opportunities for yourself. Click here now to sign up for The Daily Reckoning, completely free of charge.

The energy boom sounds like a great thing, but the drastic drop in prices is actually a net negative for the overall economy. It’s crucial to understand this ticking time bomb and know how to protect your assets. Read on to connect the dots between the gas pump, the oil patch and your wallet.