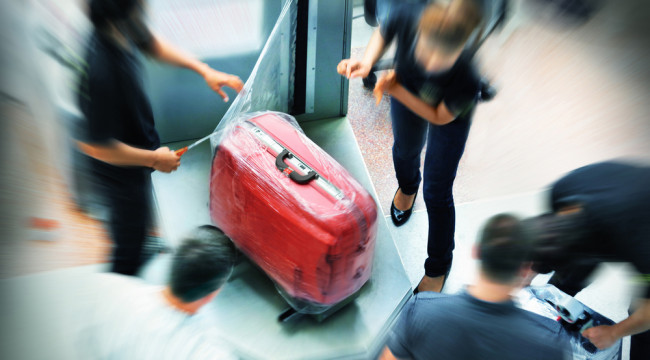 I was at the Canadian border, headed toward the freedom that exists a few feet beyond the last security check. I was gently waved down a side corridor.

Ninety minutes later, I was let go, but not before something truly alarming happened. I’m pretty sure that the Canadian government captured a mirrored version of my smartphone — which pretty much holds the whole of my life.

I’ll explain precisely how this happened in just a bit — in the hopes that perhaps you can take precautions that I did not. But let’s first establish that this practice is not unusual. According to documents obtained by the American Civil Liberties Union, this has become the standard backdoor method of search used today by governments around the world.

At border crossings, governments have discovered that they can get away with seizing and searching electronic devices from smartphones to laptops to tablets. The reason is that it is standard practice that border officials can ask you anything. Anything at all. You have to answer. They can make you empty the full contents of your brain and check for even the smallest misstatement. You can refuse to answer, but then you can expect detention for untold amounts of time. So of course, you comply.

Next to me, a man was being interrogated… “You lied to us. Why did you lie to us?” they kept pressing… All is fair in love, war, and border crossings.

If this is standard practice, it makes perfect sense that there is not anything they are not entitled to know. This is why they have begun to profile people based on their devices.

Maybe there was nothing I could have done to stop it. Maybe I was somehow fated to be among the 15 that were hit with this. But as I look back, I realize now that I was far too nonchalant in my whole approach. I’ve crossed that border dozens of times and never had any trouble. I expected no trouble this time.

The problem began at passport check. I was coming into Canada just to visit friends, but my dress suggested business. An official later confirmed to me that this was the first point that caused me to be flagged. Then, in stating my traveling route to get to that point, I flubbed a bit on the cities I had been in (some I entered by car and others by plane). I just wasn’t focusing, and I was just a bit too chatty and casual.

As I became increasingly flustered, the agent apparently marked my customs form to indicate that I should undergo a secondary screening. I didn’t know this had happened. As I casually presented my form to the last agent in the line, he signaled for me to follow a different path. I did so. There were no agents around. There were no officials. I just walked and walked until I found myself in a long and nearly empty room.

I realized that I was going to be there for a few minutes at least, and that I was in some kind of lineup. I was, essentially, under arrest. Unguarded, but arrested. There was nowhere to go. I could not go forward nor could I go back. There was no one to protest to.

I asked the people ahead of me how long they had been there. Forty-five minutes. I pulled out my laptop and starting watching an episode of Breaking Bad to pass the time.

After about an hour, I was called up. At first, everything seemed fine. The official wanted some clarification about whom I was visiting. They wanted the phone number in particular — a startling demand, but one never knows for sure when one should comply or refuse. Of course, I didn’t have the number memorized.

This was (I think) when I made my fateful decision. I reached into my pocket. I pulled out my smartphone. I unlocked it. I pulled up the contact information. Instead of reading it out loud, I showed the agent the number. She calmly took the phone — which I thought she was doing so she could see the number better.

In an instant, she was gone. She went to some back room somewhere. I stood there at the counter, completely unguarded. My heart started to race. My palms grew sweaty. I began to fidget. After all, my whole life was suddenly in the hands of a government official. My emails, my phone calls, my Facebook messages, my contacts far and wide, my financial information, my browsing history — even my diet and exercise routines were there.

And incredibly, I had unlocked it all and handed it over.

I stood there in this vulnerable situation for 30 minutes. Next to me, a man was being interrogated about the contents of his own smartphone. He had claimed that he had no family in the country. But officials confronted him with evidence that he had sent an email only 30 minutes earlier to a family member in Canada.

“You lied to us. Why did you lie to us?” they kept pressing. And the only reason they knew this was that they had read his email. It is almost unbelievable to me that this whole scene was taking place, almost as if there are no protections at all in place for a normal understanding of privacy and human rights. All is fair in love, war, and border crossings.

She returned finally, and with a new countenance. I was free to go. I said to her, in the most gentle possible way, “You know, I was really alarmed that you took my cellphone. I was just standing here for 30 minutes, and you had my cellphone the entire time. Was that necessary, really?”

She answered that she had to take it, to or else I might have made phone calls to people and ruined their investigation.

What could I have done but nod my head and go on my way — shaken, but feeling like I had narrowly escaped some unknown fate.

What did I learn?

I can’t guarantee that if I had done this, all would be well. They could have searched my bags (which they did not!) and found all my devices. One way or another, they might have had their way with me. But I didn’t have to make it so easy.

Live with Leviathan and learn as we go. We have no rights. We are all one tiny step from formal incarceration. But in many ways, the whole of society is already in jail. All we can do is keep plotting our escape.

Ed. Note: Learning the best ways to keep the Leviathan at arm’s length is one of the easiest things you can do to lead a freer, richer life. And one of the best ways to do that is to subscribe to Laissez Faire Today. Don’t wait. Sign up for free, right here.