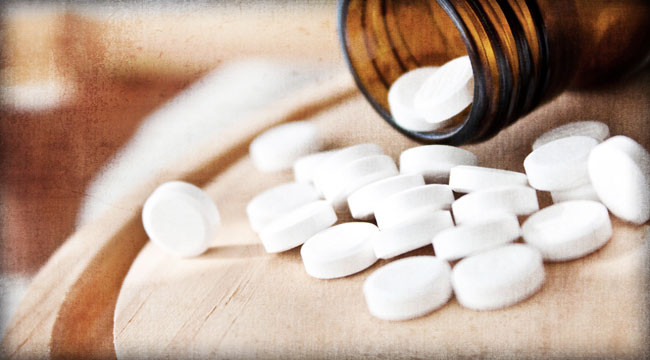 New regulations for “orphan drugs” went into effect on Aug. 12 — only the most recent update since such rules first passed in 1983. They’re intended to ease the regulatory process and lower barriers for medicines that address rare medical conditions. Otherwise, the costs of research, winning regulatory approval, and production can exceed anything a pharmaceutical company could hope to recoup in an era when developing a new drug might cost a billion — or billions of — dollars.

Bringing down regulatory costs is a necessary but elusive goal that may well require intervention by the federal policy fairies. But both research and production look poised for a revolution as 3-D printing applies its high-tech charms to the business of creating chemical compounds and turns the production of medicine into a DIY project. Not incidentally, the revolution also promises to kneecap whatever is left of efforts to control chemistry’s results, including recreational drugs.

What impact will the ability to print chemical compounds… have on the political class of easily flustered control freaks?

In a TED talk in February of this year, professor Lee Cronin of the University of Glasgow explained the idea he had for taking complex chemistry and turning it into an accessible desktop project:

“As a chemist, one of the things I wanted to ask my research group a couple of years ago is could we make a really cool universal chemistry set? In essence, could we ‘app’ chemistry?

“Now, what would this mean, and how would we do it? Well, to start to do this, we took a 3-D printer and we started to print our beakers and our test tubes on one side and then print the molecule at the same time on the other side and combine them together in what we call reactionware. And so by printing the vessel and doing the chemistry at the same time, we may start to access this universal tool kit of chemistry.

“Now, what could this mean? Well, if we can embed biological and chemical networks like a search engine — so if you have a cell that’s ill that you need to cure or bacteria that you want to kill, if you have this embedded in your device at the same time, and you do the chemistry, you may be able to make drugs in a new way.

“So how are we doing this in the lab? Well, it requires software, it requires hardware, and it requires chemical inks. And so the really cool bit — the idea is that we want to have a universal set of inks that we put out with the printer, and you download the blueprint, the organic chemistry for that molecule, and you make it in the device. And so you can make your molecule in the printer using this software.

“So what could this mean? Well, ultimately, it could mean that you could print your own medicine. And this is what we’re doing in the lab at the moment.”

The ultimate goal of Cronin (who didn’t respond to Reason.com’s requests for an interview) and company, he makes clear, is to ease research and development of drugs — and to ultimately print them “at point of need.” Pharmaceutical companies will essentially become research outfits that develop new molecules and then sell the software file that people will download to make their medicine at home. The whole process is intended to be relatively inexpensive, too, since his Cronin Group website says, “This approach constitutes a cheap, automated, and reconfigurable chemical discovery platform that makes techniques from chemical engineering accessible to typical synthetic laboratories.”

And why stop there? A team headed by professor Hagan Bayley at Oxford University is working on 3-D-printed synthetic tissue that could supplement failing organs or manufacture and release drugs in the body.

If that doesn’t sound sufficiently futuristic, Cronin closes his TED talk by saying the ultimate goal is “your own personal matter fabricator. Beam me up, Scotty.” And that has honestly been the underlying dream of the whole 3-D printing revolution: boxes on your desk that can make anything you can imagine — including more boxes on your desk. It’s like asking a genie for extra wishes.

But 3-D printers have already raised interesting policy implications about the ability to control the production and possession of physical objects. Specifically, the successful efforts of Cody Wilson of Defense Distributed and other independent tinkerers to make firearms on 3-D printers have raised the likelihood that gun control is a dead issue. What impact will the ability to print chemical compounds on printers have on the political class of easily flustered control freaks?

The question has already come up. The Week’s Chris Gayomali frets that “today’s primitive psychedelics and artificial mood-boosters may be just the beginning” once 3-D printing transforms chemical engineering. The customs minister from the land o’ hobbits, Maurice Williamson, worries on Radio New Zealand, “If people could print off… sheets of ecstasy tablets at the party they’re at that time, that just completely takes away our border protection role in its known sense.”

Cronin, among others, suggests that controlling the “chemical ink” is the key to preventing DIY recreational chemistry with 3-D printers. But that seems like a bit of a wishful thinking from a man who wants to ease the way for what is truly a technological transformation — one that will be used in myriad ways to be determined by end-users. Much current research uses bathroom sealant as the ink, and that’s not the easiest material to restrict.

Cody Wilson and a horde of lesser-known innovators arose to explore and expand 3-D printing’s subversive powers when it comes to guns. It’s difficult to believe that the world that brought us the Silk Road online marketplace for illegal drugs won’t also produce chemically oriented tinkerers in abundance to exploit the recreational (and commercial) potential of producing intoxicants via 3-D chemical printing.

Will regulators grow so frightened of a world beyond their laws (not that such a world doesn’t already surround us) that they’ll willingly try to toss out the technologically transformative baby with the organic chemistry-infused bathwater? Honestly, we know that politicians and appointed government officials alike are capable of burn-the-village-to-save-it behavior. But even the most reactionary and obstructionist FDA of the future won’t be able to prevent rare disease sufferers from downloading files developed in Germany or Singapore or on some seasteading platform and printing officially unapproved medicines. Recreational chemists will, no doubt, upload and download their files through mechanisms like Pirate Bay and Silk Road.

If the research path taken by boundary-pushing scientists lives up to its initial promise, the orphan drug problem may well become a bad memory. And so, too, will enforceable restrictions on chemicals, including recreational pharmaceuticals.

J.D. Tuccille
for The Daily Reckoning

Ed. Note: As the 3-D printing revolution persists in earnest, new and innovative applications for this technology will continue to confound the “political class of easily flustered control freaks,” as Mr. Tuccille calls them. No one knows how it will all shake out, but it will undoubtedly be fun to watch. And Laissez Faire Today will give you a FREE seat right in the front row. Find out how to “claim it” for FREE, right here.

This article was also featured at Laissez Faire Today

J.D. Tuccille is managing editor of Reason 24/7 at Reason.com. Having started his online career in the days of proprietary online services, and seen them swept away by the Internet, he’s a believer in the liberating and transformative power of new media.