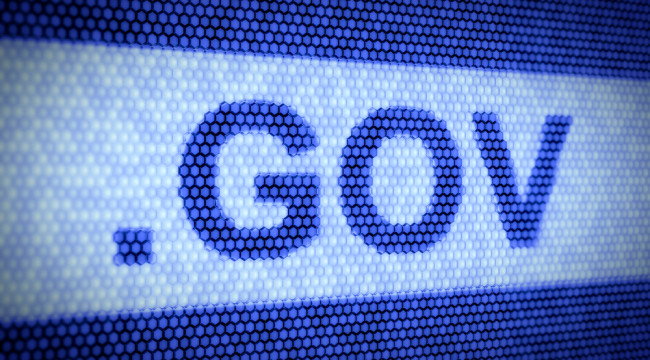 2 Ways to Respond to Obamacare Apologists

Liberal supporters of the Affordable Care Act specifically, and big government in general, are quick with excuses for all the problems that Obamacare has been experiencing in these early days. We have heard: they did not have enough time, it’s complicated, it’s the insurance companies’ fault, we just need to make a few adjustments, and on and on. Do not believe any of these excuses; this is what happens when the government tries to substitute its wisdom for the market.

The failed website has received the most attention, but the problems in implementing this ultra complex law began long before the catastrophic launch of HealhCare.gov. Beginning almost as soon as the law was signed by President Obama, the administration has been struggling to make changes and adjustments in attempts both to fix flaws in the law and to appease special interest groups that support Democrats.

Since almost immediately after passage, union groups and some large employers have been applying for waivers from various facets of the law. Hundreds of waivers have been granted. The latest and broadest waiver is the one year delay in the employer mandate that would have gone into effect on Jan. 1.

Even really smart people simply are not smart enough to match the functioning of a free market.

Next was the botched launch of HealthCare.gov, the website that was finally supposed to bring Obamacare to the masses. With three years to build a website and over $600 million spent, the American people were given a nonfunctional product of such low quality it would have been given an F as a term project in a college computer science course.

Even before the Obama administration and their contractors could fix the website, we moved to the next setback: cancelled policies. Over five million people have received cancellation notices because their insurance policies do not meet the minimum quality standards listed in the Affordable Care Act, set to go into effect on Jan. 1.

The president and his supporters are trying to convince Americans that all of these myriad problems with the implementation of Obamacare are simply bumps in the road, normal as part of any new program in its early days. However, that is not true. This is, in fact, exactly what one should expect when the government is in charge.

F.A. Hayek explained this all over half a century ago, most famously in his book The Road to Serfdom. At the simplest level the problem is that the government can never have enough knowledge to properly guide a market through a command and control structure. A free market can adjust itself as prices and quantities change in response to surpluses and shortages, to profits and losses. A huge amount of information is efficiently aggregated and transmitted to all the market participants through the simple mechanism of prices.

The failures in the implementation of Obamacare are not outliers, unfortunate events due to unforeseen circumstances. The problems that have occurred and which will continue to occur are to be expected whenever government is in charge. Even really smart people simply are not smart enough to match the functioning of a free market.

When the government runs a market, price signals are either completely missing or distorted. On the health insurance exchanges, many people will get free or highly subsidized policies. This means the prices they are basing their purchase decisions on are different than the prices on which insurance companies are basing their decisions to offer those policies. By basic economics, this will ensure that our nation will over-allocate resources to health insurance and health care.

The cancelled policies are a perfect example of government conceit expressed through command and control trumping individual choice expressed through a free market. If health insurance were free, nobody would choose to have one of the policies that are being cancelled as they generally provided rather limited coverage. However, health insurance is not free and so quite a few people find that their best choice is to purchase minimum coverage rather than to risk going completely uninsured. Now the wisdom of the government has decreed that people should not have the freedom to make that choice. We do not know best; government does.

Government can do some things, but generally the places the government “succeeds” are in areas where the free market would not work, such as the provision of public goods like parks or national defense. Even in these cases, the quantity the government produces may or may not be the correct amount and the cost to provide it is almost surely much more than the efficient cost.

In answer to critics who will argue that these temporary setbacks are to be expected when such a difficult and far-reaching project is attempted and everything will operate smoothly after a little while, two responses are appropriate. First, exactly which government services are so well done that they inspire such confidence? In general, people dread interacting with the government, cost overruns are normal, and problems are routine. Second, such difficulties are not common when the private sector does it.

The proof of this second response is simple. Three private sector programmers in San Francisco managed to build a website, healthsherpa.com, over a weekend that provides anyone who inputs their zip code with all their federal health insurance exchange options instantly. Given one more night, they added a subsidy calculator, so that now, in a few seconds, Americans can find out everything the HealthCare.gov website is supposed to deliver, but cannot.

Everyone should be forced to go to this privately built website before defending HealthCare.gov and see how well it works. You get all the information you need within seconds. The private sector site is $600 million less expensive and infinitely more useful.

Regardless of what the law’s supporters say, the problems with Obamacare are part and parcel of what to expect when the government tries to control an important sector of the economy. There is a reason why the Soviet Union could not deliver consumer goods to its citizens in either sufficient quality or quantity. Similarly, China’s recent economic success is inextricably tied to its leaders allowing free market economics more room to operate in many areas of their economy.

Ronald Reagan famously said “The nine most terrifying words in the English language are: ‘I’m from the government and I’m here to help.'” With the government about to take over one-sixth of the American economy, we are going to have many opportunities to remember those words.

Jeffrey Dorfman
for The Daily Reckoning

Ed. Note: For those who want to decline the government’s “help,” you can learn more about how to “opt-out” of Obamacare by signing up for the FREE Laissez Faire Today email edition.

Jeffrey Dorfman is a professor of economics at The University of Georgia and consultant on economic issues to a variety of corporations and local governments. Taking a generally free market, libertarian perspective, he uses economics as the lens to analyze government policies from the local to the international level.