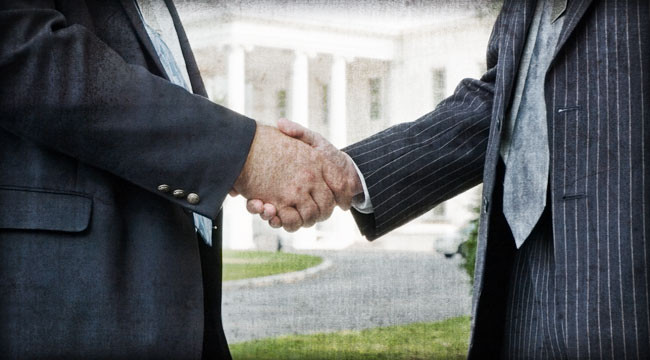 For the life of me, I just don’t get conservatives. They profess to love free enterprise and free markets and they say they hate socialism.

Okay, then why do they never call for the repeal of Medicare and Medicaid?

After all, it’s not surprising that progressives (or liberals) favor Medicare, Medicaid, and Obamacare. They don’t make any pretenses of loving the free market. They love socialism and they hate the free market.

But it’s different with conservatives. One of their favorite mantras is “free enterprise, private property, and limited government.”

So, why do they limit their battle to Obamacare and never call for the repeal of Medicare and Medicaid? Why not direct people’s attention all the way back to the Lyndon Johnson era and make the case that it was a disastrous mistake to have adopted these two socialistic programs?

And make no mistake about it: Medicare and Medicaid are in fact socialistic programs. That’s indisputable. They are both based on the principle of having government forcibly take money from one group of people and transferring it to another group of people. It’s not a coincidence that Cuba, one of the most socialist countries in the world, has had Medicare and Medicaid since Fidel Castro imposed his socialist system on the island.

Conservatives and liberals share one big thing in common — a lack of faith in freedom and free markets.

So, why don’t conservatives call for the repeal of Medicare and Medicaid? As purported devotees of the free market, surely they can see that these two socialistic programs are at the root of America’s perpetual health care crisis. Surely, conservatives can recognize that repealing Obamacare still leaves a root cause of the healthcare crisis — Medicare and Medicaid — intact.

The answer is: Despite their professed commitment to the free market, conservatives really do believe in these two socialistic programs. That is, they truly believe in socialism, a way of life in which the government takes care of people by providing them with such things as health care, education, food, and other essentials in life. Thus, thought of repealing these two programs is as frightening to conservatives as it is to liberals and progressives.

Okay, then why aren’t conservatives honest with themselves and others? Why not drop the pretense about being “pro-free enterprise” and just openly admit to people that they love socialism? Why keep wearing a pro-free-enterprise mask? Why keep telling their children how “free-market” they are, even as they embrace socialistic programs?

I suspect that one of the reasons that many conservatives admire and even envy libertarians is over our consistency of principle. (Of course, some conservatives hate us and resent us for the same reason.) We oppose socialism and favor free markets, just as conservatives say they do. But, unlike them, we actually oppose Medicare and Medicaid and call for their repeal. We don’t concern ourselves over whether the mainstream press likes us or considers us credible. What’s important to us is that we stand for what we believe in. We fully understand that statists don’t like what we believe in. Why should that matter? Why should that cause us to hide our views or change them?

Conservatives and liberals share one big thing in common — a lack of faith in freedom and free markets. They honestly believe that if Medicare and Medicaid were repealed, there would be catastrophe. Libertarians, on the other hand, recognize that free markets produce the best of everything, which is one reason why libertarians would not hesitate to repeal Medicare and Medicaid today.

How are young people supposed to reconcile those two things? Conservatives expect them to just do so and to not ask any questions.

Jacob Hornberger
for The Daily Reckoning

Ed. Note: Medicare and Medicaid may never be repealed. But that doesn’t mean you have to live under the thumb of these or any other government program. The Laissez Faire Today email edition is designed specifically to help readers protect and grow their wealth in the face of federal regulation. It’s completely free to sign up, and comes with no less than 3 chances a day at real, actionable investment opportunities. There’s no obligation and it only takes about 30 seconds to sign up. Take a moment to sign up for FREE, right here, and start learning the best ways to keep government out of your life and out of your wallet.

“Even if you aren’t currently concerned about your loved one receiving government benefits, you never know what the future holds.”