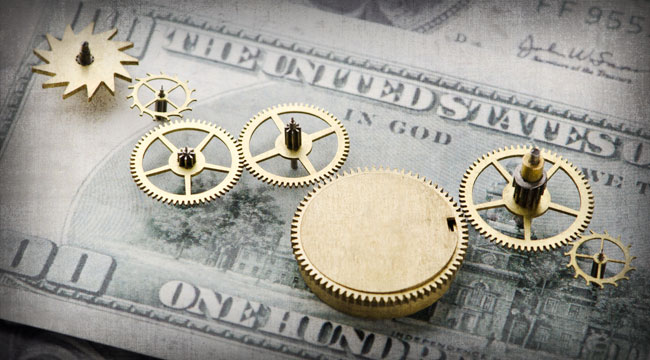 2 News Items Give a False Picture of the US Economy

A pair of news items recently gave the gloom-and-doomers something to crow about… but it’s not nearly as bad as they’re making it out to be.

First was the news that U.S. GDP only rose by an estimated 0.1% for the first quarter. Then the World Bank announced that China is on track to surpass the United States as the number one economy in the world.

So, is it time to sell all your stocks and hide in the basement? Not at all…

True, the GDP number isn’t something to cheer about. But keep in mind that this is just the Commerce Department’s first take on the numbers. As the Bureau of Economic Analysis admits in its footnotes, it — like some of the other parts of the executive branch these days — didn’t get its homework done in full. So its numbers are really just guesses about business spending, inventories and some other major bits that comprise the real GDP.

…unlike what some are reporting, [China] really isn’t about to dwarf the United States…

Look at some of the other data released this week, and the United States looks a lot healthier.

Take the consumer — long regarded as the core engine of economic growth. Household income for the prior month is up by 0.5% — which is big. And that’s after a reported 0.3% growth in February. So more people are earning more cash, which is good news.

And it gets better… because it turns out they’re spending that cash, too. Household spending in March, which saw a lot of snowy, wintery days throughout the States, was up by 0.9% — triple the 0.3% increase it saw in February.

So while folks were taking in more cash, they also had the confidence to pull from savings or start using credit to spend more in the market. In fact, according to the Federal Reserve, consumer credit over the past six month has ramped up by some 129.33%.

And according to the BEA’s advance estimate, consumption growth in the GDP was actually up 3% for the first quarter.

Even better was recent inflation data. The personal consumption expenditure deflator, which the Fed uses to measure inflation, ticked up just 0.2%.

This is good news on two fronts. First, it shows some pricing power in the economy — which means that businesses can bump up prices and consumers will still buy more. The rate is also well below the 2.5% that would reportedly set off alarm bells at the Fed as a signal to start tightening money.

Meanwhile, a statement from the Fed’s Federal Open Market Committee meeting said the bank continues to add to its trillion of dollars of Treasury and mortgage securities while keeping its targeted interest rate policy at near zero for the foreseeable future.

So, we have an economy where the core consumer is getting richer and spending more and businesses have some pricing power. And the Fed continues to lubricate the economy with billions of dollars in bond buying and easy credit.

Sounds much better than the headline of 0.1% GDP — right?

Now what about China?

China’s economy is big and expanding at a good pace. But unlike what some are reporting, it really isn’t about to dwarf the United States in the next few years. To see why, you just need to take a critical look at the World Bank’s assumptions.

Its report relies on 2011 consumption data from various countries, including the United States and China. Then, just like the Bureau of Economic Analysis, they performed a bit of statistical guesswork.

Normally to compare GDP numbers, economists take the local data and convert it into U.S. dollars at current exchange rates. Using that calculation, the World Bank showed that the U.S. GDP was more than double China’s GDP.

But China’s currency, the renminbi, doesn’t trade freely, and there are limits on cross-border cash flow, so it isn’t really market-valued. So some people — including the Treasury Department — think the renminbi is undervalued, while others — including myself — think that it might be a bit overvalued given the still-closed capital accounts.

To adjust for this, the World Bank also calculated Chinese output using the purchasing power parity (PPP) exchange rate. The PPP measures what a similar good would be priced at in two different economies.

The classic example is the Big Mac Index, used in The Economist. It compares the cost of a McDonald’s Big Mac sandwich around the world, and calculates where each currency should be against the dollar to buy the same sandwich.

For instance, The Economist calculates that a Big Mac costs 50% more in Switzerland than in the United States, which means the franc can be said to be 50% overvalued against the U.S. dollar. So the currency can be said to be more than the PPP.

But in China, the sandwich costs some 40% less — so the renminbi is arguably worth 40% more.

In theory, PPP should allow for normal foreign exchange markets to push and pull currencies towards their center value. The trouble with PPP is that economies are more than just a McDonald’s sandwich. There are a myriad of differences including taxes, regulatory costs as well as market conditions for business and consumer goods.

And in emerging and transitioning economies, many goods are priced at lower rates than in more mature economies. In China, Big Macs aren’t a staple because middle-class cuisine — especially in restaurants — is very, very cheap, reflecting the lower income levels of the nation.

Of course, the World Bank’s PPP isn’t simply about the price of a Big Mac. Ultimately, it’s really more of a theory involving a lot of guesswork. And as the expression goes, there are lies, damn lies and statistics.

Meanwhile, the World Bank is pushing for the United States to give up more control and to give veto powers to emerging markets, including China. So its numbers about China’s growth raise the country’s credibility against the United States.

Still, if you value economies on a per-capita basis — that is, value them on an individual basis — China comes in at 99th in the world while the United States is 12th.

The key takeaway is that the U.S. economy is still the largest in the globe, the most influential and one that — so far this year — is expanding particularly in the vital consumer segment with limited core inflation threats.

Ed. Note: As Neil points out, the U.S. economy may be much better off than the data show. But what does that mean for your investments? Will the data continue to point lower, or will it be revised upward? And what should you do in order to make the most of either trend? Sign up for the FREE Daily Reckoning email edition for regular opportunities to profit no matter what the market throws at you.