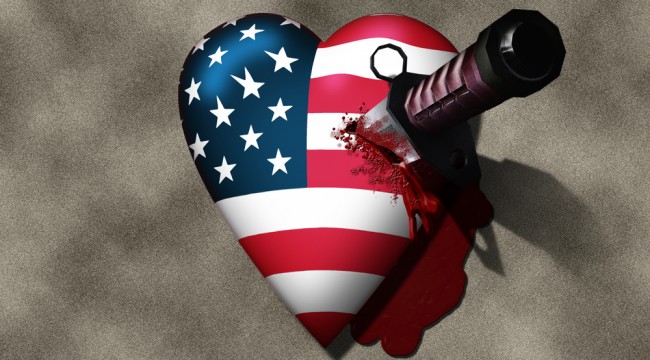 The resilience that has long been one of America’s remarkable traits was on display in 2013. Not only did businesses create 2 million jobs, but the struggling economy actually grew and profits and stock prices soared to near-record levels.

Still, five years into the Obama presidency, the economy is grossly underperforming. Contrary to the dominant media narrative, it’s not bad luck or the financial crisis to blame, but bad policies — from the $860 billion “stimulus” that didn’t stimulate to the Dodd-Frank financial reform that killed lending.

Last year was a challenging one for entrepreneurs and other productive Americans. No fewer than 13 new taxes were put into place. Big government now consumes one of every four dollars of our GDP and is getting bigger.

Entering 2014, we face problems, including taxes and spending, that neither the White House nor Congress is addressing. In the following charts, we look at a few of the more alarming and intractable ones.

The president talks endlessly about the need to reduce income inequality, and claims it will be the focus of his remaining years in office.

As this chart shows, since the U.S. recession bottomed in June 2009, stock prices have been on a tear — fueled by a powerful rise in corporate profits. The bellwether S&P 500 index has climbed more than 90%, as U.S. investors added more than $5 trillion in stock market wealth.

But Obama’s slow-growth economic policies have taken a toll. Yes, corporate profits have increased, but companies worried about what lies ahead under Obama are holding on to cash or buying back stock rather than hiring workers. And the Fed’s endless stimulus efforts have managed to lift stock prices to new heights.

These gains have largely bypassed the struggling middle class. In fact, median household income remains well below where it was when the recovery started.

In dollar terms, if Obama’s recovery had been merely average, the economy would be $1.3 trillion — or 8% — bigger today than it is.

Put another way, every American alive today — workers, non-workers, children — is $4,100 less well off than he or she would have been if growth had only been normal. Consider it a tax we all pay for voting poorly in recent elections.

This is more than just a matter of numbers. America’s highest-in-the-world standard of living has been built on economic growth. Without it, we’ll all be worse off.

Unfortunately, the policies put in place by tax-and-spend leftists in the administration and a Democrat-dominated Congress have stalled the U.S. growth machine.

The jobless rate is coming down and will likely continue to fall in 2014. But the tepid recovery has left millions who would otherwise have jobs languishing in the unemployment line.

By this time in past recoveries, the economy had churned out at least a 10% gain in net new jobs. This time, the hamstrung economy has managed just over 4%.

Worse, the total number of payroll jobs — 136.765 million as of November — remains 1.3 million below the level when the economy first went into the tank in December 2007. By comparison, our population has grown by 13 million over the same stretch. Statistically, this is the worst job slump since the Great Depression.

Obama’s policies have also created a wide disparity between self-sufficiency and dependency. As this chart shows, food stamp and disability enrollment have climbed at a much faster pace than jobs since June 2009.

Today, 47 million people are on food stamps, up from about 28 million when Obama was sworn in. And disability rolls have swollen by 2 million.

This has not only increased our federal budget deficit as welfare spending has risen sharply.

It has also led to a startling surge in Americans’ dependence on government handouts — a radical altering of the country’s traditional culture of self-reliance and hard work.

For more than a decade, the IBD/TIPP Poll has asked Americans about the U.S. position in the world. Our final poll of 2013 is in, and opinions have never been lower.

Whether it’s the bumbling over Egypt and Syria, the Benghazi scandal, Iran’s burgeoning nuclear program, Russia’s and China’s growing challenges or the cavalier treatment by the Obama White House of old allies, Americans feel our global standing has weakened.

This doesn’t bode well for future engagement in the world economy and trade, or for U.S. influence.

The administration has pointed proudly to the decline in unemployment from above 10% to a current level of 7%. What it doesn’t say is how that was achieved.

It came about largely as a result of millions of workers leaving the workforce. As the chart shows, labor force participation has dropped steeply since the financial crisis — from 66% to 63%.

The difference may not seem large, but it is. The number of people who tell the government they are not in the labor force has jumped by 10 million since Obama took office, and 91.5 million Americans are not working at all.

If the labor force had remained relatively stable over the past five years, the unemployment rate today would be over 10%.

America, The Biggest Debtor Ever

This chart may look innocent, but it’s anything but. It shows how our debt has surged. As recently as 2008, total U.S. public debt totaled just over 60% of GDP — not low, but certainly manageable.

Today, our total debt is right at 100% — a level that many economists believe endangers future economic growth. The bad news is, it could rise to 150% or higher in coming decades. That’s national insolvency.

As Americans pay increasing amounts to service their massive debt obligations, businesses will have less capital available to grow — and will hire fewer workers.

As mentioned earlier, nominal unemployment has fallen from 10% to 7%. But that’s not the only measure for joblessness.

The government’s U6 rate — which adds in those who are only marginally employed, or working part time but want full-time work — pegs the unemployment rate at a hefty 13.2%.

That’s down from 17.1% when the recovery began in June 2009. But as the chart shows, today’s level is much higher than it’s been in nearly two decades.

Coupled with more long-term unemployed than ever, this chart paints a picture of labor force distress that will disappear only when normal economic growth resumes.

Politicians like to make laws; it’s what they do. And when they make laws, the unelected bureaucracies go to work, filling in all the gaps with new regulations. They are, in a real sense, the real lawmakers.

This is not without cost. Indeed, it’s the most significant cost to consumers and businesses in America.

According to the respected Competitive Enterprise Institute, regulations are an annual tax on the U.S. economy equal to $1.5 trillion. As the chart shows, that’s more than all corporate and income taxes combined. And it’s roughly equal to all corporate pretax profits. This is yet another huge tax you pay, without knowing it.

We constantly hear that we have trillion-dollar deficits. And we do. We also have $17 trillion in total debt, nearly a third bigger than when Barack Obama entered office.

Yet that doesn’t even scratch the surface of what we really owe. Economists look at all the promises government has made, then at the expected revenues to satisfy those promises, and find we come up way short.

They call this the long-term fiscal gap. Depending on how it’s counted, over the next 75 years the U.S. must find $54 trillion to $200 trillion to pay for all our promises.

America’s long-term fiscal outlook is grim. Based on the nonpartisan Congressional Budget Office’s “alternative scenario” — the one it actually thinks is most likely — federal spending will continue to soar out of control, eventually gobbling up more than 35% of all economic output. Fast-growing entitlement spending is at the heart of the spending boom.

Yet, based on long-term experience, federal revenues won’t keep pace. The result: A massive deficit of nearly 20% of GDP. At that level, all capital available for spending or investment will go to finance the government’s red ink. As the government itself says, it’s “unsustainable.”

Members of both parties will have to act soon — or risk national bankruptcy and fiscal collapse.

Note: This originally appeared at Investors.com

P.S. As these trends continue to gang up on us and challenge America’s resilience, The Daily Reckoning is published everyday so that investors can discover ways to protect and grow their wealth even under the most dire circumstances. Subscribe now by clicking here.

Any one of these storms would create enough uncertainty for investors to sell stocks, raise cash and move to the sidelines. The combination of all three will make them run for the hills”…