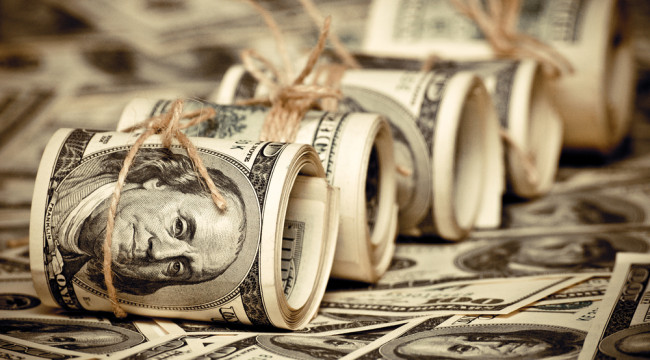 100 Years Ago: Why Bankers Created the Fed

The Democratic Party gained prominence in the first half of the nineteenth century as being the party that opposed the Second Bank of the United States. In the process, it tapped into an anti-state sentiment that proved so strong that we wouldn’t see another like it until the next century.

Its adversaries were Whig politicians who defended the bank and its ability to grow the government and their own personal fortunes at the same time. They were, in fact, quite open about these arrangements. It was considered standard-operating procedure for Whig representatives to receive monetary compensation for their support of the Bank when leaving Congress. The Whig Daniel Webster even expected annual payments while in Congress. Once he complained to the Bank of the United States President Nicholas Biddle, “I believe my retainer has not been renewed or refreshed as usual. If it be wished that my relation to the Bank should be continued, it may be well to send me my usual retainer.”

No wonder these people were often pummeled with canes on the House floor.

It is little wonder that early Democrats garnered such popular support and would demand Andrew Jackson end America’s experiment with central banking. Jackson called it “dangerous to the liberty of the American people because it represented a fantastic centralization of economic and political power under private control.”

It’s hard to believe that guy who said that is now on the $20 bill.

Jackson also warned that the Bank of the United States was “a vast electioneering engine” that could “control the Government and change its character.” These sentiments were echoed by Roger Taney, Jackson’s Treasury Secretary, who talked of the Bank’s “corrupting influence” and ability to “influence elections.” (The Whigs would later get revenge on this future chief justice when Abraham Lincoln, in response to a written opinion with which he disagreed, issued his arrest warrant.)

But the courtship between the political classes and their cronies would continue in the decades following Lincoln’s assassination. Those politically well-connected groups that benefited from early central banking continued to benefit from government finance, especially off of “internal improvements,” which is the nineteenth-century term for pork. National banking would appear during the War Between the States, setting in place a banking system in which individual banks would be chartered by the federal government. The government itself would use regulations backed by a new armed U.S. Treasury police force to encourage the banks’ inflation and protect them from the market penalties that inflation would otherwise bring them, such as the loss of specie and the occurrence of bank runs.

The boom and bust cycle, explained by the Austrian School in such detail, became worse and worse in the period leading up to 1913. And with the rise of Progressive Era spending on war and welfare, and with the pressure on banks to inflate to finance this activity, the boom and bust cycles worsened even more. If there was one saving grace about this period it would be that banks were forced to internalize their losses. When banks faced runs on their currencies, private financiers would bail them out. But this arrangement didn’t last, so when the losses grew, those financiers would secretly organize to reintroduce central banking to America, thus engineering an urgent need for a new “lender of last resort.” The result was the Federal Reserve.

This was the implicit socialization of the banking industry in the United States. People called the Federal Reserve Act the Currency Bill, because it was to create a bureaucracy that would assume the currency-creating duties of member banks.

It was like the Patriot Act, in that both were centralizing bills that were written years in advance by people who were waiting for the appropriate political environment in which to introduce them. It was like our current health care bills, in which cartelized firms in private industry wrote chunks of the legislation behind closed doors long before they were introduced in Congress.

It was unnecessary. If banks were simply held to similar standards as other more efficient industries were held to — the rule of law at the very least — then far fewer fraudulent banks would ever come about. There were market institutions that would penalize those banks that over-issued currencies, brought about bank runs, and financial crises. As Mises would later write:

What is needed to prevent further credit expansion is to place the banking business under the general rules of commercial and civil laws compelling each individual and firm to fulfill all obligations in full compliance with the terms of contract.

The bill was passed fairly easily, in part because the Democrats had a larger majority in both Houses than they do today. There were significant differences that were resolved in conference, with one compromise resulting in the requirement that only 40 percent of the gold reserve back the new currency. So instead of a 1-to-1 relationship between gold and currency issued — a ratio that defined sound market banking since the time of Renaissance Italy — the new Federal Reserve notes would be inflated, by law, at a ratio of 1-to-2.5.

The bill that was first drawn up at Jekyll Island was signed by Woodrow Wilson in the Oval Office shortly after the Senate approved it. At one point during the signing ceremony, as he reached for a gold pen to finish signing the bill, he jokingly declared “I’m drawing on the gold reserve.”

Central banks always result in feeding those forces that centralize and expand the nation-state. The Fed’s policies in the 1920s, so well documented by Rothbard, would provoke the Great Depression, which, in the end, wrenched political power from cities and state governments to the swampland in Washington. Today people take seriously the claim that there can be a viable federal solution to every problem thanks to the money printed up by the Fed, while each decade has seen a larger proportion of the population become dependent on its inflation.

And yet Andrew Jackson’s beliefs about the perniciousness of the Second Bank of the United States are just as applicable to the Federal Reserve today.

Christopher Westley
for The Daily Reckoning

Ed. Note: On the Fed’s 100th birthday, we can’t help but sit back and survey the damage it’s done to the US dollar. It’s done nothing be devalue the poor currency ever since its inception – kicking its efforts into high gear in the last decade. Eventually, the world will realize how worthless the US dollar is and, consequently, how empty are the promises of the US government. When that day comes, you’ll want to be prepared. Sign up for the FREE Daily Reckoning email edition, right here, to better safeguard your wealth and your future.

Christopher Westley is an associated scholar at the Mises Institute. He teaches in the College of Commerce and Business Administration at Jacksonville State University.