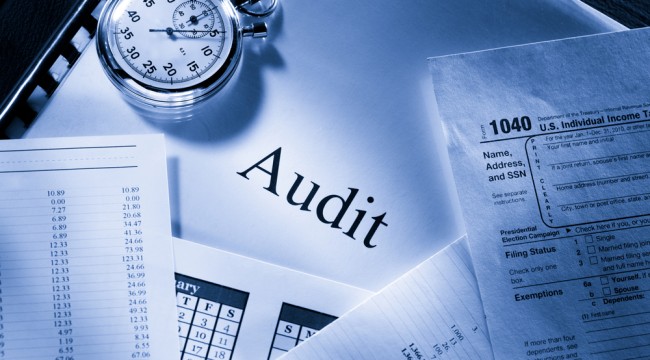 But the agency has not proven itself to be an efficient steward of taxpayer dollars. Here are ten ways the IRS lost the trust of the American people:

1. Targeting political groups. Under former Commissioner Steven Miller, the IRS was at the center of a scandal for the agency’s abusive scrutiny of tea party, limited government, and free market groups seeking tax-exempt status. The IRS’ targeting of political groups prompted President Obama to deem the actions “intolerable and inexcusable,” the President continued to say, “I have zero tolerance for any action that could undermine public confidence in the impartial and non-partisan administration of the tax code”.

Section 108 of the Consolidated Appropriations Act under administrative provisions of the IRS states that, “None of the funds made available in this Act may be used by the Internal Revenue Service to target groups for regulatory scrutiny based on their ideological beliefs.” The bill also requires that at least $200,000 be used for “intensive training” of the Exempt Organizations Unit to ensure that this unlawful abuse of power does not happen again.

2. Outlandish, unknown, and misused spending. While the IRS expects citizens to keep meticulous records, the IRS does not hold itself to the same standards, as the IRS’ own records are missing proper documentation. The rampant abuse of funds is evident at all levels of the IRS and has forced lawmakers to add a provision in the spending bill requiring the IRS to spend more time and energy reporting to Congress on a range of actions.

3. Frivolous purchases. The IRS’ financial discrepancies range from unaccounted and undocumented spending on conferences to completely unnecessary purchases. A list of the most preposterous items purchased with IRS credit cards can be found here, including $418 worth of bathtub toy boats, and $119 worth of Nerf footballs, which were subsequently never used.

4. Absurd costs of conferences. From 2010 to 2012, the IRS spent an astounding $49 million on 225 conferences according to a review conducted by the Treasury Inspector General for Tax Administration. The IRS’ over the top allocation of taxpayer dollars towards conferences led members of the House to set limits on how much the IRS can spend on conferences, official travel, and employee awards.

5. Anaheim, California. A 2010 conference held in Anaheim, costing taxpayers $4.1 million, put the IRS in hot water. An audit performed on the conference trip highlighted that $30,000 was spent on housing 38 local employees in hotels for the conference, and $64,000 on gifts for employees, as if the lavish amenities weren’t enough.

6. $70 million in IRS bonuses. In 2013, the IRS was obligated to pay $70 million in bonuses to employees as part of a collective bargaining agreement rewarding employees for work completed the year before. Fortunately, budget cuts called for cancellation of the bonus, and even though the National Treasury Employees Union argued that the IRS was legally obligated to pay the bonuses, a ruling by a third-party mediator upheld the cancellation of the excessive bonuses.

7. Little to no accountability. According to a news report in the Wall Street Journal, the Federal Bureau of Investigation is unlikely to file any criminal charges against those who targeted conservative political groups. However, House Ways and Means Committee Chairman Dave Camp (R-MI) says, “we will follow the facts of this case wherever the facts lead us — and this case is far from closed.” It is shameful that those responsible can get away with such blatant violations without any legal consequences. The individuals should be held accountable for their actions, further proving the necessity of regulating the IRS.

8. Horrible training videos. The IRS spent $60,000 of taxpayer dollars to produce horrible training videos. American’s for Tax Reform’s Zach Montanaro wrote, “It’s almost funny, in a tragic sort of way, how the agency in charge of taking your money seems all too willing and eager to spend and waste it.” This led congress to add a provision, section 105 under IRS services, that prohibits the production of any video unless approved by a “Service-wide Video Editorial Board.”

9. Spock and Gilligan, what has the IRS come to? Two of the training videos released by the IRS are parodies of Star Trek and Gilligan’s Island. The videos feature acting, dialogue, and sets that are so grotesquely bad and poorly produced, it’s actually quite funny if it wasn’t for the blatant waste of resources.

As Faris Fink, the IRS official who played the role of Mr. Spock said, “It’s embarrassing, and I apologize.” What is unknown is if Mr. Fink is embarrassed and sorry for his poor acting, or for wasting tens of thousands of taxpayer’s dollars.

Poor judgment and bad management have severely damaged the public image and credibility of the IRS. One would certainly be hard-pressed to feel sorry for the beleaguered agency’s self-inflicted mess, and there is no doubt Commissioner Koskinen is facing an uphill battle to restore the IRS’ esteemed reputation.

Michael Smith
for The Daily Reckoning

Ed. Note: Alas, there is no love lost between the IRS and the American people. And while that’s not likely to change any time soon, there are ways to keep the tax man at bay. Sign up for the FREE Laissez Faire Today email edition to learn how to gain access to a brand new report that will help you do just that.

This article originally appeared here on the Americans for Tax Reform website.

Michael Smith is a writer and contributor for the taxpayer advocacy group, Americans for Tax Reform.