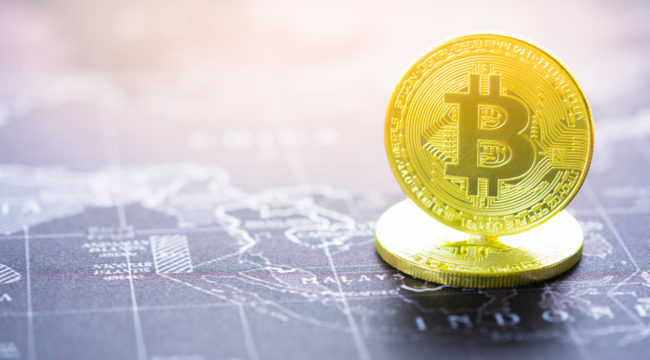 The mainstream media basically “brainwashed” most Americans into thinking bitcoin was a scam.

Don’t expect the mainstream media to show you how to make a fortune from new tech trends, including digital currencies. They’re always late to the party.

In 1994, for example, the morning show NBC’s Today had a segment where one of the anchors asked, “What is the internet, anyway?”

In June 1998, mainstream economist Paul Krugman predicted the internet’s impact on the economy would be no greater than the fax machine.

I could go on and on.

But while the establishment was dismissing the technology as a fad, early adopters like myself were heavily investing in it and making fortunes.

The same thing is happening with cryptocurrencies.

Capitalism is 100% about innovation. The famous invisible hand has been written about since the 1700s. It guides capitalism through all the ups and downs of the economy, through depressions, recessions, wars, and so on.

Innovation might slow down for a few years here and there but nothing stops it. Nothing stopped the Internet from happening. Recessions didn’t stop it. The depression, if you count 2008 and 2009, didn’t stop it.

The housing bust, two wars, and many military interactions didn’t stop it. Even though markets fluctuated enormously, nothing could stop these two trillion-dollar mega trends of the Internet and mobile.

We live in a word where all the large institutional structures that supposedly supplied “safety” to the individual are slowly disintegrating.

No longer can we rely on the old paradigms (“school”, “corporations”, “government”, etc) to provide the safety and success we deserve.

So the way to deal with scary markets is to trust capitalism. It has been a success for hundreds of years, even if individual governments or entire stock markets haven’t always been. So if you want to avoid riding over the cliff in the bad economy, you must go into innovation economy.

And cryptocurrencies are a major part of the innovation economy.

I’ve been actively involved in investing in cryptocurrencies since 2013 (I sold my book, “Choose Yourself” in a bitcoin-only store I created a month before I released it on Amazon).

So I’ve no newcomer to the crypto craze.

I’ll admit. At first I thought bitcoin was a fad because I kept seeing daytraders gamble and lose money on it. Daytraders should not be daytrading bitcoins.

But after extensive conversations with a friend of mine, Naval Ravikant, the founder of AngelList, he convinced me that bitcoin is, in fact, a game-changer.

Why? It is not dependent on any one institution or person to bless its success. And it solves many problems today’s dominant institutions can’t solve, or don’t want to solve.

My friend convinced me (along with my own subsequent research) that bitcoin has many features that make it attractive not only as a potential future currency but as a replacement for all contract law, for example.

The cryptocurrency ethereum, and its native token, ether, are better suited to provide a cheap and easy way to escrow funds in the form of the platform’s more sophisticated self-executing smart contracts

In one swoop, any economy that takes up bitcoin as a currency will rewrite all contract law (eliminating the need for lawyers in 99% of situations). Think we have too many lawyers in this country? Well, cryptocurrencies will allow “contracts” without lawyers.

Bitcoin could also take the role of international payments from banks.

While technology may be shrinking the economic world, the current payment systems provided by banks are still stuck in the 20th century.

Today, every international payment must pass through a network of local banks, central banks and international wire services, taking seven or eight hops to get to their destination, and with every hop involving fees, potential errors, threats to privacy and other security risks.

Cryptocurrencies will eliminate the need for exchanges, and make international trade infinitely simpler. They solve the multiple problems inherent in finance and commerce today — including, the fees and time it takes to send international payments.

They are not dependent on “In God We Trust”, a phrase that was first put on coins in 1862 to instill more “faith” in a currency that was potentially in trouble due to war.

They are not dependent on complicated central bank operations to have the money transfer from one wallet to another (every wire or transfer, or even credit card transaction) from one human to another in U.S. currency involves the central bank at some level unless it is in small amounts like a cash transaction).

For example, imagine I want to send Joe dollars to buy his house. I need to trust all of the middlemen between Joe and me: local bank, central bank, lawyers, governments, Joe’s bank, etc to approve of this transaction if I do it in dollars.

This is OK, but at each step someone can be untrustworthy. They are all humans, even the government (humans subtly influence the price of the dollar and also share details of the transaction with unfriendly parties like the IRS).

Also, each step in the above has a transaction cost. So inflation is built into the system.

If this were a bitcoin transaction, enough “miners” (technical folks who facilitate the transaction) need to approve that this transaction is valid.

So even if a few miners are not trustworthy, the bulk of them will be and we can trust that the transaction between me and Joe is legit.

Suffice to say, it works on Bitcoin and any other “legit” cryptocurrency.

Basically, this is the main problem cryptocurrency solves: it avoids governments, borders, middlemen, extra transaction costs. It also has high security and avoids problems like forgery.

Cryptocurrencies, probably in many forms, will be in our future. And they will dominate the money supply at some point.

And how we get from “here” to “there” will be paved with many lucrative opportunities. Let’s review why cryptos are so revolutionary and solve many of the problems are current institutions present:

Yes, there are a lot of crypto frauds out there right now. It’s like the Wild West. And many investors in them will lose everything investing in the scams.

But with my experience as a hedge fund manager and computer programmer, I know how to separate the legitimate cryptos from the frauds.

And I want to help the many people who are being scammed by all sorts of schemes that are luring people into buying or trading cryptocurrencies that can be potentially worse than giant Madoff schemes.