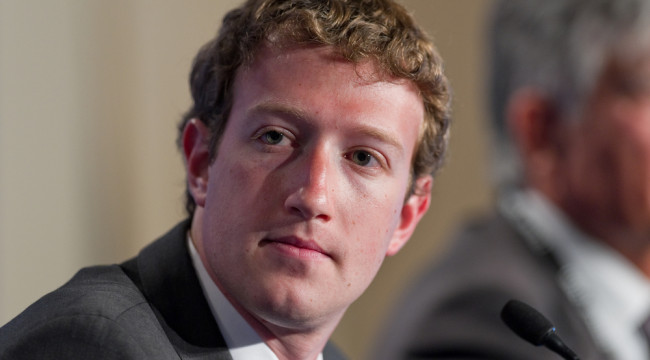 Zuckerberg's Facebook Gift is as Harmful as Crack Cocaine...

Zuckerberg – the founder of Facebook and the antihero of the movieThe Social Network(in which our daughter Mariah had a role) – has decided to “give back.”

We saw the movie. It portrays Zuckerberg as a jerk.

But if that were so, why would he make such a magnanimous, selfless, and generous gesture?

Surely, he is a good guy after all.

“The Zuck” Is on the Case

All over the world, the press is going gaga.

“See, the rich aren’t all SOBs,” say the reports. Apparently, some of those who have done well are willing and eager to “do good” with their money. Here’s Reuters:

Facebook, Inc. CEO Mark Zuckerberg and his wife saidon Tuesday they will give away 99% of their Facebook shares, currently worth about $45 billion, to a new charity in a letter addressed to their daughter, Max, who was born last week.

The plan mirrors a move by other high-profile billionaires like Warren Buffett and Bill and Melinda Gates, who have pledged and set up foundations to give away their fortunes to charity.

That kind of money is bound to yield some big payoffs and answer some of the weighty questions facing mankind: Global warming. A cure for cancer. Stopping ISIS. The precise mass of the Higgs boson. Nuclear fusion. Asian fusion. Did Jon Snow really die?

According to the letter Zuckerberg posted on his Facebook profile after the birth of his daughter, he and his wife are going to focus initially on “personalized learning, Internet connectivity, curing disease, and community building.”

In the long run, they’ll be trying to “advance human potential and promote equality.”

Yes, “The Zuck” is on the case… with billions of dollars of do-gooder money. We can feel human potential advancing already, like Hannibal crossing the Alps.

At the Diary, we are resolutely committed to presenting alternative (i.e., unpopular) views. We take the side of die-hards, lost causes, and underdogs… not the world’s richest and most powerful people.

So, we will look at this gift horse more closely:

Zuckerberg is apparently one of the greatest producers of wealth the world has ever seen. From his Harvard dorm room, he created – from scratch – a social networking site that today is worth $300 billion.

This makes it the seventh most valuable company in the world by market capitalization – bigger even than industrial giant General Electric.

Giving his wealth to charities sounds good. But how is the world a better place when capital is moved from the strong grasp of wealth creators to the limp and slimy hands of the zombies in the nonprofit sector… who have never produced a dime of new wealth?

But the pledge has a huge public relations value for Zuckerberg… and for Facebook.

And what good is money if it can’t buy respect, admiration, and love?

Why bother to buy an expensive watch if you don’t want people to admire it… and you?

Why spend millions on fancy home improvements, with a designer kitchen and granite countertops, if it doesn’t draw compliments… and perhaps even envy… from the neighbors?

And why give away billions of dollars to charity, if it doesn’t bring you some favorable press?

Zuckerberg has just paid a huge price to buy the affection and admiration of the public.

You also have to remember the law of diminishing marginal utility…

The more you have of something, the less each incremental unit is worth to you.

…his gift won’t force them to take public transportation…

In other words, the money Zuckerberg gives away has near zero real value to him. His lifestyle will be unaffected.

But even if the money isn’t particularly important to Zuckerberg, surely, it is important to the poor and to humankind? He may be giving it for selfish reasons, but won’t it still make the world a better place?

Giving money to strangers on a large scale is rarely a good idea. It makes the giver feel good about himself. But it crushes the givee under the weight of false signals and perverse incentives. (Why bother to plant crops when food is free?)

As Harmful as Crack Cocaine

That is the history of domestic welfare programs, as well as foreign aid: They hurt the people they are supposed to be helping.

Are poor Africans better off after absorbing most of the world’s good intentions over the last 100 years?

Are the people who collect money at stop lights – holding up signs that say they are “homeless veterans” – improved because you flip them a dollar or two?

Are communities stronger, better, more prosperous, and more virtuous after some rich guy puts his money to the project?

As for making great strides for mankind… you’ve only made a net gain after you subtracted the net cost.

If a project makes money, it must have produced more than it consumed.

That’s why nonprofit activities and charities usually do more harm than good. With no profit motive to guide them, they generally use up more resources than the project deserves.

All they know for sure is that they like having big staffs and big paychecks.

As we have been advising members of our family wealth advisory,Bonner & Partners Family Office, giving large amounts of money to your children can be as harmful to them as crack cocaine.

Perhaps Zuckerberg should be more careful about giving money to other people’s children, too.