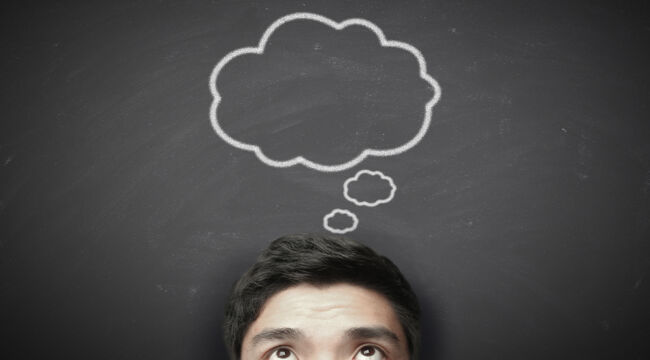 You’re Not as Smart as You Think

Man alone is the thinking animal of Earth, the sky-scraping summit of all its fauna, its high king.

This unlikely creature splits the atom in two. He sends disinformation ricocheting around the world in fractions of seconds. He catapults himself into space.

Through his astounding astronomical binoculars he lays his eyes on the remotest precincts of this universe, billions of years distant.

Of these feats he is proud, justly proud.

And yet this astonishing intellect flatters, seduces and deceives itself. Man rains excess credit upon himself.

The cat upon the ledge fixes its odds of jumping the gap. The lion selects the herd member most vulnerable to its murderous raid.

The whale transmits highly complex messages throughout the inky depths. Its mates decipher them.

Do these examples not involve a type of thinking?

You may call it instinct. Then human thinking is likewise instinct.

The animal is not tackling Einstein’s relativistic theory, it is true. It is not rocketing to Mars.

Nor is it calculating the precise number of angels prancing on pinheads… or the number of rocks inhabiting the skulls of congressmen.

But it is thinking, again, in its way. Human thinking is superior — but only by degree. Besides, so few humans exercise the thinking faculties.

Thinking is rough business — so we are informed. We have done so little of it.

But we understand it is unpleasant work. It is arduous. It is often uncomfortable.

What then divides man from brute?

But the animal does not believe. Only the human — alone among all earthly creatures — believes.

The intellect is slave to belief.

Beliefs are invisible censors that patrol the newsrooms of the human mind.

Only the inflow that confirms their positions is passed on to the “conscious” mind. The remainder goes into the hellbox, shunned and discarded.

The censorship is ruthless. And all rival beliefs are mortal foes to be scotched at every possible hazard.

Like the genes of the human they infest, beliefs are committed unequivocally to their own survival.

They will defend themselves to the last ditch and to the final bullet.

Yet they produce a product the intellect considers unimpeachable and unassailable. After all, only confirmatory data are cleared through to the final receiver in the cortical centers.

The intellect then wonders how anyone can entertain opposite understandings.

“How can Joe vote Democrat?” Frank asks. “They are nothing else but rogues, rascals, knaves and nuts. Can’t he see it?”

“How can Frank vote Republican?” Joe asks. “They are nothing else but rogues, rascals, knaves and nuts. Can’t he see it?”

They may both be correct. They are both — in this instance — likely correct.

Yet their polar beliefs blind them to the other’s position. They cannot see it.

Observe this simple sketch. See the young beauty glancing out toward the 10 o’clock position.

You can discern her lovely eyelashes… and the tip of her pert nose.

Her hair flows back in beautiful cascades. A necklace encircles her neck.

Do you see her? 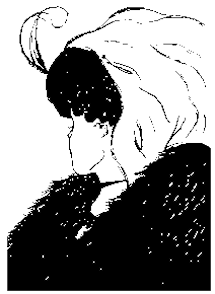 Now have another look…

See the wretched old hag in a scarf. Note the monster nose, note the beady pinprick of an eye.

Note the gash of a mouth… and the witch’s chin jutting horribly beneath it.

You do see her, correct?

Now attempt to see both hag and beauty at once. You cannot do it. You see the one or you see the other.

You cannot see both.

Once you make the psychological commitment to one, you are blind to the other’s existence.

So it is with beliefs.

And here is an observation: When fact is weakest, belief is strongest.

That is, a man harbors the strongest beliefs about that which he knows least.

A man knows the rock in his hand will drop upon release. Newton and his apple are his infallible guide. He need not believe it.

For the same reason he disregards the editorial preachings of a Paul Krugman. Science has demonstrated they are false.

He further knows the United States is the freest nation ever to exist on Earth. It is as obvious as gravity itself. He need not believe it.

And now you have a vicious enemy on your hands. But where are his facts? Where are your facts?

Again: Belief is strongest when fact is weakest.