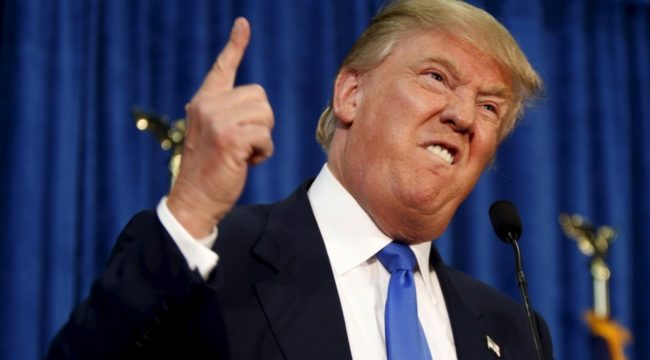 After 30 years of arrogant misrule and wantonly planting the seeds of economic and financial ruin throughout Flyover America, the Wall Street/Washington establishment and its mainstream media tools have been repudiated like never before in modern history.

During the course of the past year, upwards of 70 million citizens — 59 million for Trump and 13 million for Bernie Sanders — have voted for dramatic change. That is, for an end to pointless and failed wars and interventions abroad and a bubble-based economic policy at home.

The latter  showered Wall Street and the bicoastal elites with vast financial windfalls — even as it left 90% of Flyover America behind, where households struggled with stagnant wages, vanishing jobs, soaring health costs, shrinking living standards and diminishing hope for the future.

The voters also said in no uncertain terms that they are fed-up with a “rigged” system that has one set of rules for establishment insiders and another for everyone else. In essence, that’s what servergate, the Clinton Foundation pay-to-play scandals and the trove of Wikileaks DNC/Podesta hacks was all about.

Indeed, in his brawling style, the Donald in effect convinced a huge slice of the electorate that the Clintons amounted to America’s leading crime family. And while he may have exaggerated the extent of their personal crimes and misdemeanors, the latter functioned as a proxy for the beltway racketeering that has become the modus operandi of the Imperial City.

Stated differently, the people did connect the dots. There is a straight line from repeal of Glass-Steagall by the Rubin-Clinton democrats in the late 1990s through the resounding repudiations of the Clintons last night.

This string includes the M&A roll-up of the giant Wall Street banks after 1998; the subprime mortgage scams, housing booms and subsequent crash during the next decade; the panicked multi-trillion bailouts of the Wall Street gambling houses in the fall of 2008 and the lunatic spree of central bank money pumping that followed; the soaring stock market fueled by the Fed’s free money that arose therefrom; and the egregious global fund-raising and shakedowns of the Clinton Foundation and personal wealth accumulations by the Clinton’s personally, capped by Hillary’s notorious $250,000 off-the-record speeches to Goldman Sachs.

What happened was that during the eight Obama years, Washington essentially borrowed $10 trillion, or nearly as much as the first 43 presidents did over 220 years, while the Fed expanded its balance sheet by 5X more than had happened during its first 94 years of existence.

This feckless resort to monumental public borrowing and money printing did generate a faux prosperity in the Imperial City and a $25 trillion gain in financial wealth among the gambling and financial asset owing classes at the top of the economic ladder. But the bicoastal elites in Washington, Wall Street and Silicon Valley and its environs, luxuriating in their good fortune, essentially assumed that all was fixed and all was forgotten from the dark days of the financial crisis.

Not at all. The rubes remembered. No one in America supported the Wall Street bailouts except a few ten-thousands Wall Street operators, hedge funds and other gamblers; and the politicians and Keynesian policy apparatchiks who saw it as a new route to power and spoils.

What happened last night — especially in the rust belt precincts where 70,000 factories have already closed and 6 million breadwinner jobs have disappeared — was nothing less than the third vote on TARP. Whereas the cowardly House GOP had capitulated to Wall Street and their spineless leaders on the second vote in late September 2008, the rank and file voters of Flyover America last night proclaimed  loudly that it had not been done with their leave. Not at all.

The resentments and anger on main street has not only been simmering for years; it’s inhabitants have also figured out that it was on their backs that Wall Street was rehabilitated and then inflated to hideous valuations that bear no relationship to the faltering economy of main street.

Indeed, after getting a bailout they hated, main street then got a rogue central bank run by clueless Keynesian academics who deliberatively and callously savaged savers and retirees; and also tried purposefully to trash worker wages with even more inflation than what was already destroying their jobs and shrinking the purchasing power of their paychecks.

We are now more convinced than ever that 2% inflation targeting is the greatest governmental assault on the working classes known to modern history. And the working classes of Flyover America — whose jobs are most exposed to the China Price on goods and the India Price on services—-finally said they are not going to take it any longer.

That’s a start, but it’s way too late for orderly reform and incremental change. The essence of last night’s thunderbolt — Brexit 2.0 on steroids– is that the ruinous rule of the existing Wall Street/Washington  establishment has been repudiated and ended.

But there is nothing to replace it. Donald Trump has no coherent program at all — just a talent for name-checking the symptoms and rubbing them raw.

So as I said on Fox Business last night at about 11:30 PM, when I called the election for Trump long before the networks could bring themselves to face the truth, the election is over and the nation’s long nightmare has just begun.

For months and years to come, the Imperial City will be ungovernable and the nation will be racked with fiscal, financial, political and even constitutional crisis. By kicking the can in a ruinous direction for decades, America implicitly opted eventually for the bleeding cure.

The giant stock market bubble will now crash. The stock-price obsessed C-suites of corporate America will now panic and begin pitching inventory and workers overboard. We will be in an official recession within 6 months. The Federal budget will plunge back into trillion dollar annual deficits very soon.

Accordingly, Washington will descend into permanent warfare over the debt ceiling and an exploding $20 trillion public debt. Any notion of a Trump economic revival program — even if it could now be confected—will be stillborn in the financial and fiscal chaos ahead.

And most important of all, the almighty Fed will be stranded high and dry — out of dry powder and under political attack like never before from angry politicians and citizens alike.

The jig is up.